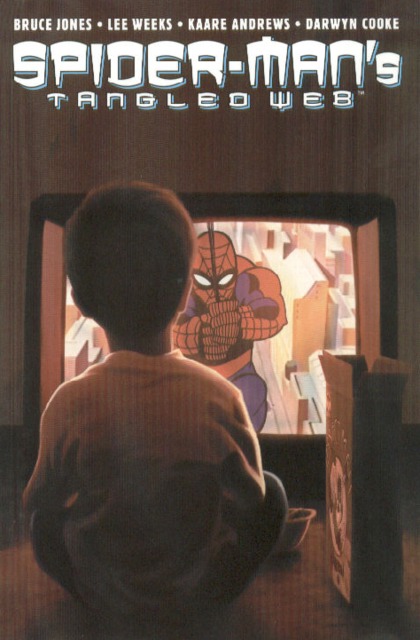 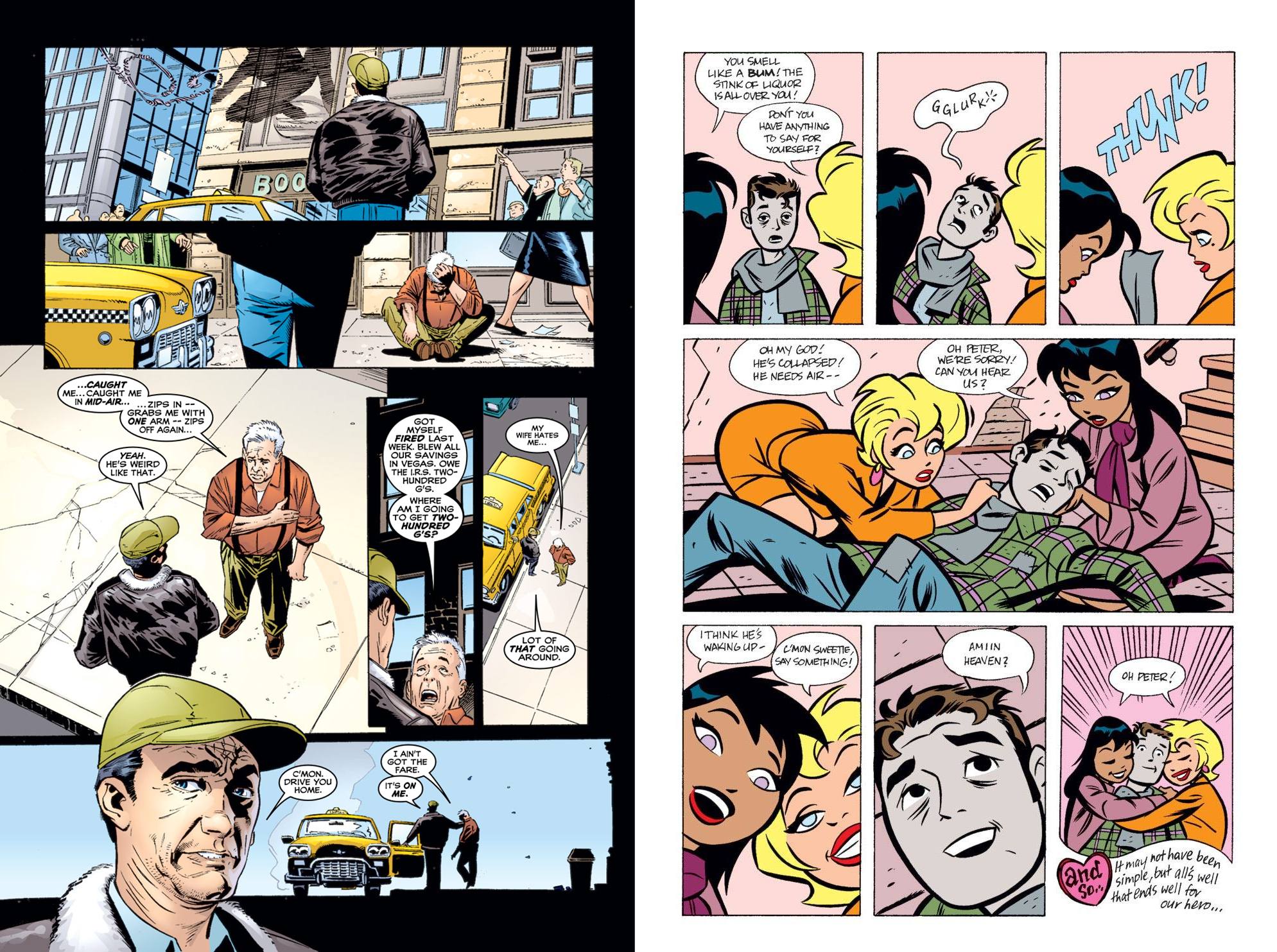 The bulk of this second volume of stories spotlighting those whose lives connect with Spider-Man is a three chapter tale about Charlie. Charlie has driven a cab for years, and his life is in tatters. Separated from his wife, he has to sneak into the house to see his son, and to top that Charlie’s just been told he’s got cancer. The good news is that it’s operable, the bad is that the operation will cost in the region of $500,000. There’s only one way Charlie can raise that kind of money. You see, Charlie is privy to a secret…

The ethical dilemma writer Bruce Jones drops as central to the story is a fascinating one, and to avoid spoilers, let’s just say there’s a further element of Charlie’s life that delivers a powerful conclusion. Jones has always been at his best writing stories without the involvement of superheroes, and delivers another winner here, with great art from Lee Weeks. Set largely at night, in one great sequence during poor weather you can almost smell the rain washing the dust from the streets.

It’s a complete contrast from the computer manipulated art of Kaare Andrews, who also writes the story of Casey, pre-teen computer game addict who slips into the pixelated world of Insect Man and worships Spider-Man. It’s Casey’s escape from the miseries of a depressed mother and an overbearing older brother. When the brothers get to meet Spider-Man it’s under circumstances neither would choose. Andrews’ choice of art style provides a photo-realistic sheen, but very stilted poses, and the lack of backgrounds after what Weeks has delivered is unsatisfactory.

Darwyn Cooke’s closing story returns the quality with top class cartooning and a funny glimpse around the Daily Bugle as Spider-Man battles the Vulture, for once on a personal mission. The latter two stories are also included in the hardback collection The Best of Spider-Man volume 2. Alternatively, all four volumes of Spider-Man’s Tangled Web were collected in 2018 as the oversized Spider-Man’s Tangled Web Omnibus, which looks a lovely package until you note the cover price of $100.