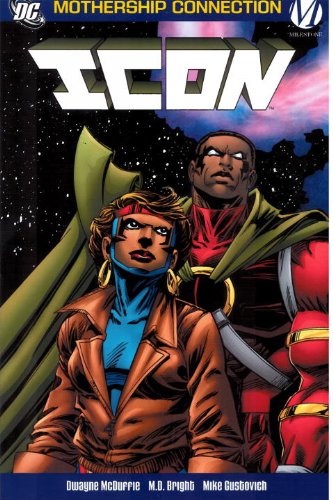 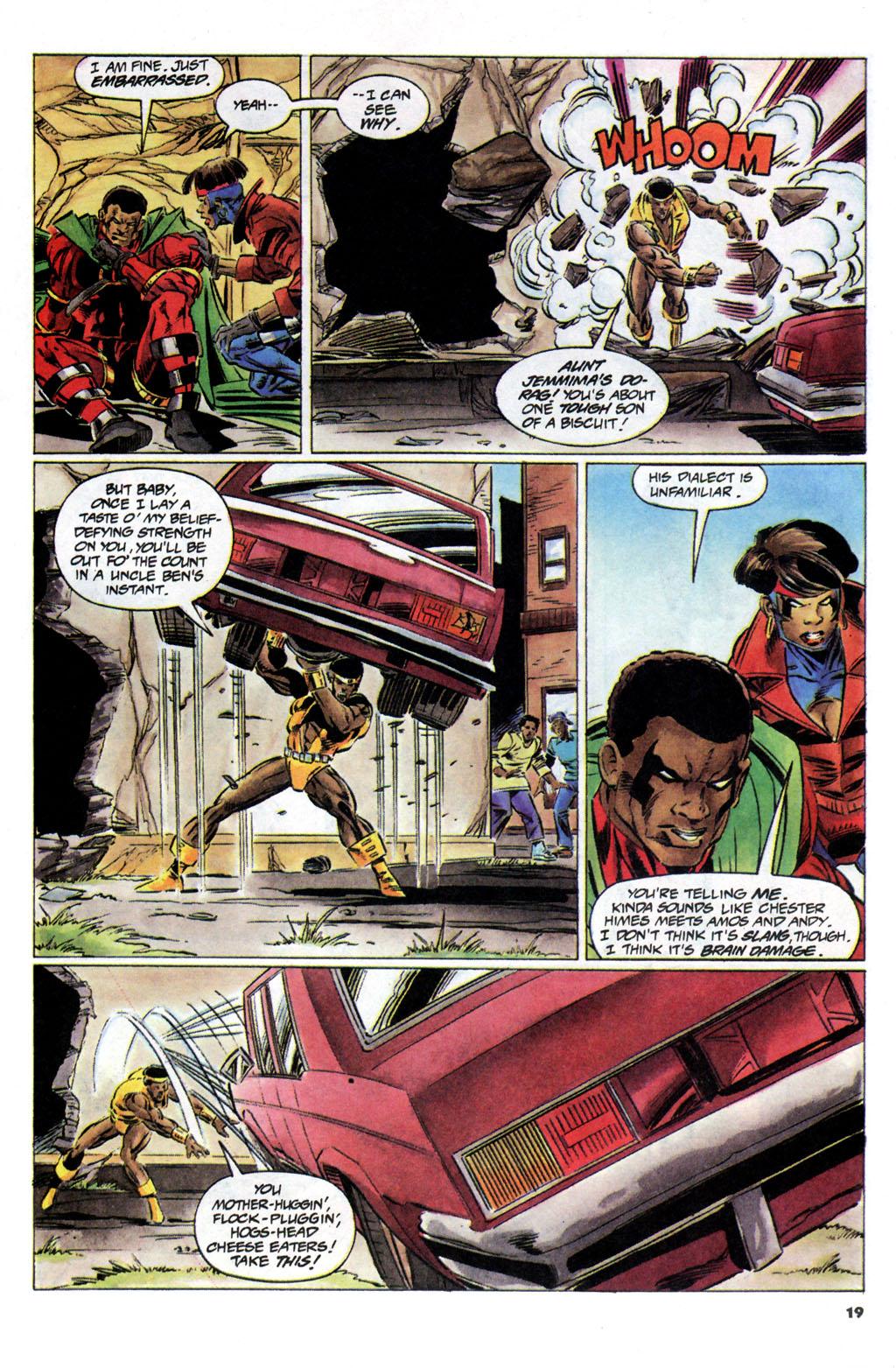 This is one strange hodgepodge of a collection, skimming across almost two years of Icon monthly comics. A Hero’s Welcome compiled the opening eight issues of the series, and this gathers a further ten, but selected from issues up to number thirty. Part of the reason is the Milestone line was ahead of the curve in the early 1990s by indulging in crossovers, and there’s little point in reprinting issues if the story continues elsewhere. That, however, doesn’t explain missing the first chapter of the title story, or other random exclusions.

That noted, Dwayne McDuffie’s admirably varied approach to the series is well represented, beginning with a hilarious pastiche of early 1970s Luke Cage comics, and prioritising social conditions that feed resentment and prejudice. In the manner of the 1960s Marvel comics, McDuffie ensures Icon is very much embedded within the city of  Dakota’s superhero community, and guest appearances from other Milestone characters are frequent. These are sometimes puzzling, with references now arcane, but their major distraction is by permitting less time for the core element, the relationship between Icon and teenage sidekick Rocket. The best use of guest stars is an episode where Rocket is looking to replace Icon.

Away from the introductory issues, McDuffie takes a wider sweep around the possibilities of what’s been set up. It was established early that Rocket’s pregnant, and this is no short term device. When originally published this sub-plot was barely seen in comics, and McDuffie follows through with all the complications that ensue. It’s very well handled, and so is Icon’s return to his homeworld where he has to justify the history of humanity. As we all know, some parts are unjustifiable, and this has consequences.

M.D. Bright has ever more fun with Icon’s cloak as a stylistic device. In some panels it clocks in at around ten time his size. It results it some suitably iconic illustrations, but the cloak’s volume tends to be modified from panel to panel for the sake of convenience. Bright works with standard superhero storytelling very well, and an under-rated aspect of his art is emotional strength. As a series Icon wouldn’t work at all if the social problems and upset didn’t have a resonance, and Bright ensures they do.

The skimming stone method of selecting reprints means some of McDuffie’s finer touches are missing in action, an example being the resolution upon which alien judgement of Earth depends, but the collection closes with an episode that’s simultaneously a meta-homage and hilarious. It brings the collection full circle. Icon continued for another dozen issues beyond the final comic reprinted in Mothership Connection, including a  look at crack addiction. Icon still stands up as a very readable series, and anyone who enjoys the collections is advised to find the remaining issues.