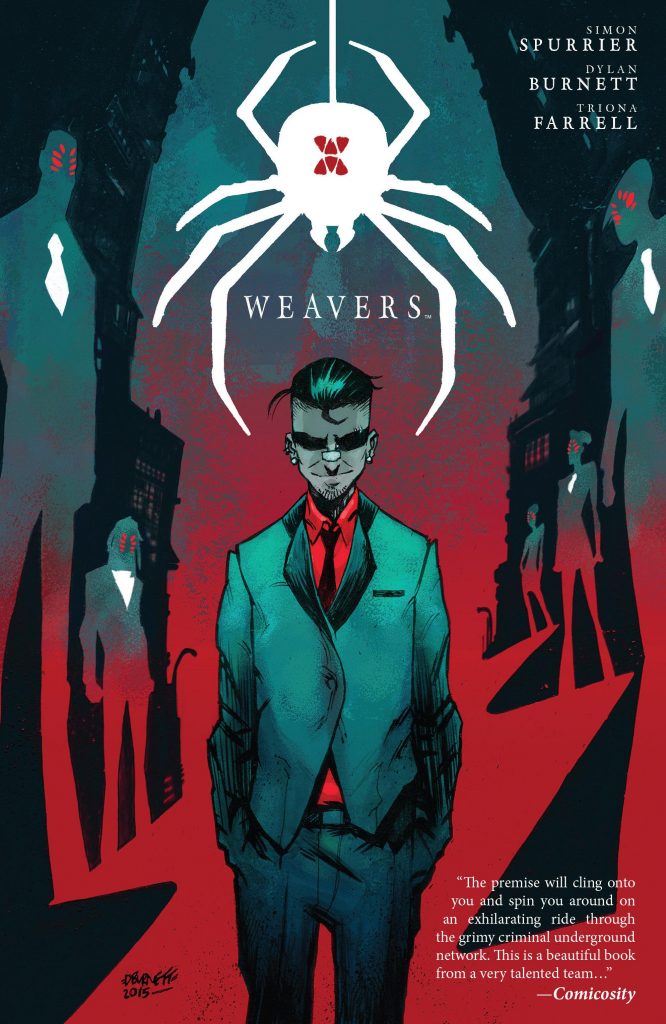 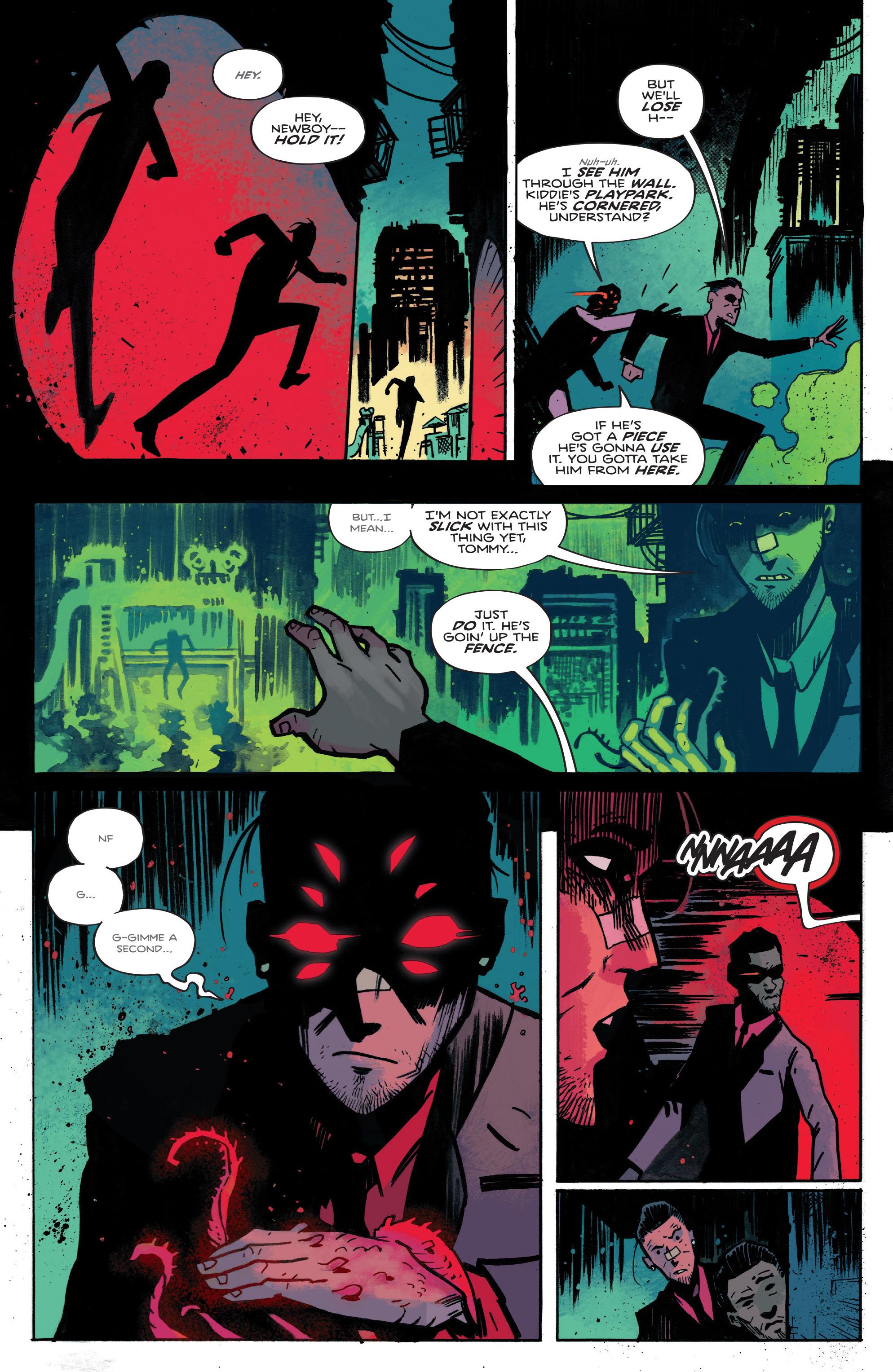 Sid Thyme is the new gangster in town, the method Simon Spurrier uses for introducing the means and methods of the Weavers, the most brutal gang around. Every time one of them dies, another inherits their talents and a place in the gang, randomly chosen, shown why there’s no way out other than death, and where their loyalties now lie. This is because within them each of the Weavers has a little something extra. They’re home to a small spider with massive supernatural powers.

That’s a seat-squirming set-up, and it’s amplified by Dylan Burnett’s jagged art and Triona Farrell’s distinctive colour scheme, where the only brightness is red. Burnett creates a claustrophobic enclosed world of darkness, one where surprises possibly lurk around every corner, and where a novice is far from safe, even hosting a spider. Stylised cartooning works extremely well in perpetuating the darkness, and Burnett’s downbeat characters exude terror, sometimes their own. His world is not anywhere you’d want to be, and Burnett brings out the painful internal turmoil Sid is experiencing.

Weavers is super powers twisted into something horrible, alternative Spider-Men in a dark world. The spiders within are linked, and once properly embedded it’s virtually impossible to keep a secret from a fellow member, which means that Sid has a race against time. He has a secret and as the story continues it’s becoming harder not to blurt it out as he investigates who murdered his spider’s previous host. Spurrier himself is quite the weaver, ensuring we have some considerable sympathy for Sid, realise he’s finding his way in a dangerous world, and watch him trying to do the right thing when that’s not always possible. He’s surrounded by the good the bad and the ugly, all of them with their own motivations, and we pick our way through them along with Sid. It’s a clever script, a well tuned crime story ramped up into something considerably more, and with the super powers and how they’re distributed ideally suited to the needs of the plot. Everything builds toward a crescendo you’ll see coming, but not how that plays out.

Unexpectedly thrilling and consistently twisting, Weavers is very satisfying, a concept with legs, eight of them, and one worth a return.