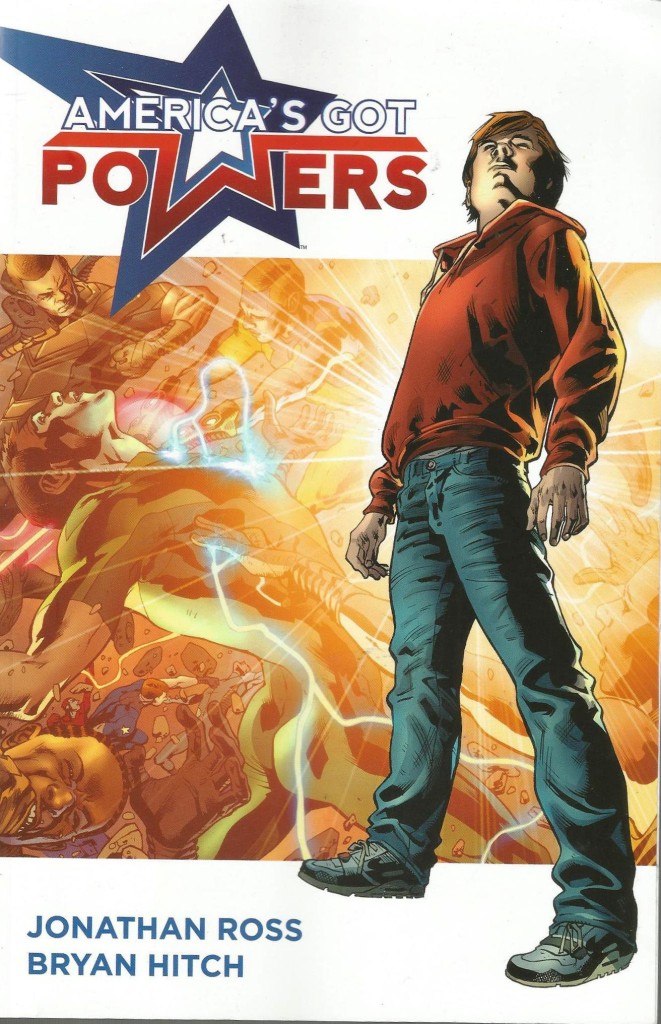 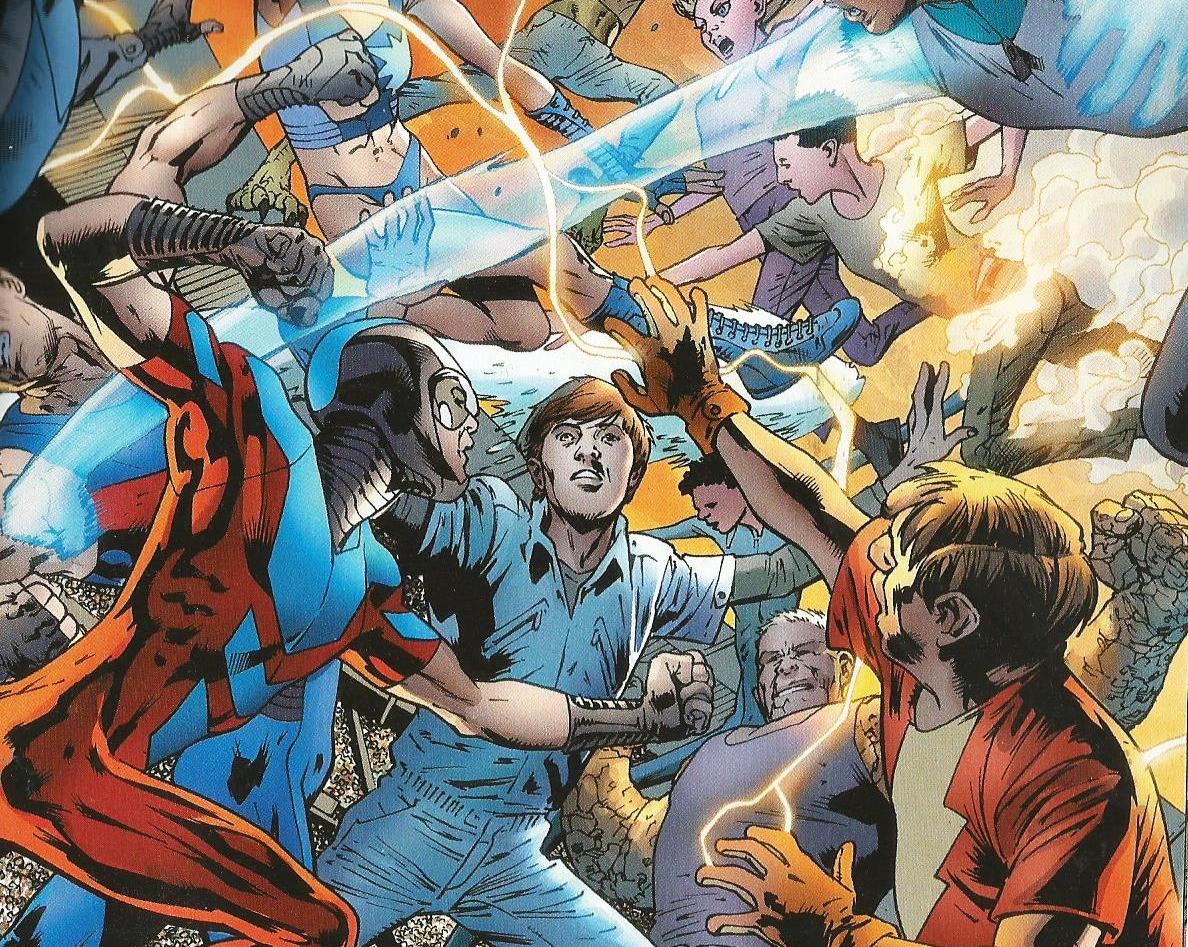 Eighteen years ago, a mysterious crystal landed in Golden Gate Park, San Francisco, emitting a strange light causing every pregnant woman within a five mile radius to give birth immediately, to perfect, full-term children, each of whom had a special ability. So obviously, being the USA, they become the subjects of reality TV!

In the America’s Got Powers show, watched by an estimated five billion people, these empowered teenagers are persuaded by the promise of fame, fortune, and a place in the ‘A-Team’, to compete in brutal gladiatorial competitions, resulting in a huge franchise industry. Those with lower-level, less useful powers are drafted – for their own ‘protection’ – into regimented barracks where they serve as ancillary staff to the franchise. But one of them, Tommy Watts, was powerless – until an accidental fall into the arena set him on a course to upend the whole system, uncovering the true agenda behind the splashy media-fest, and possibly re-making the world.

Having learned from his previous comics-writing venture, Turf, the drawback of over-writing, Jonathan Ross manages to rein in his former panel-engulfing loggorhoea to present a tightly-written drama in which the media, military, political and scientific agendas clash. It could be argued that his protagonist is a little bland, and the resolution – particularly the ‘post-credit’ scene – owes a tad too much to classic sci-fi/horror movies, but it’s competently done and very entertaining – aided hugely by Bryan Hitch’s magnificently panoramic battle scenes. Hitch isn’t the best at communicating subtle nuances of conversation, (though he does do slightly better in the intermittent lulls in the carnage), but give him over-the-top mounds of writhing costumed bodies in combat, and he’s your man!

Not a gamechanger, but a professional, slick, fun read.