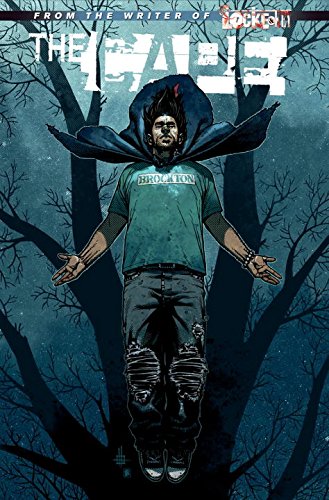 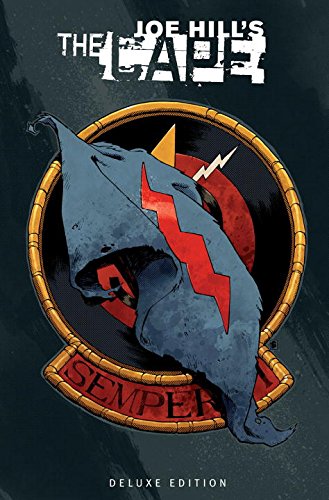 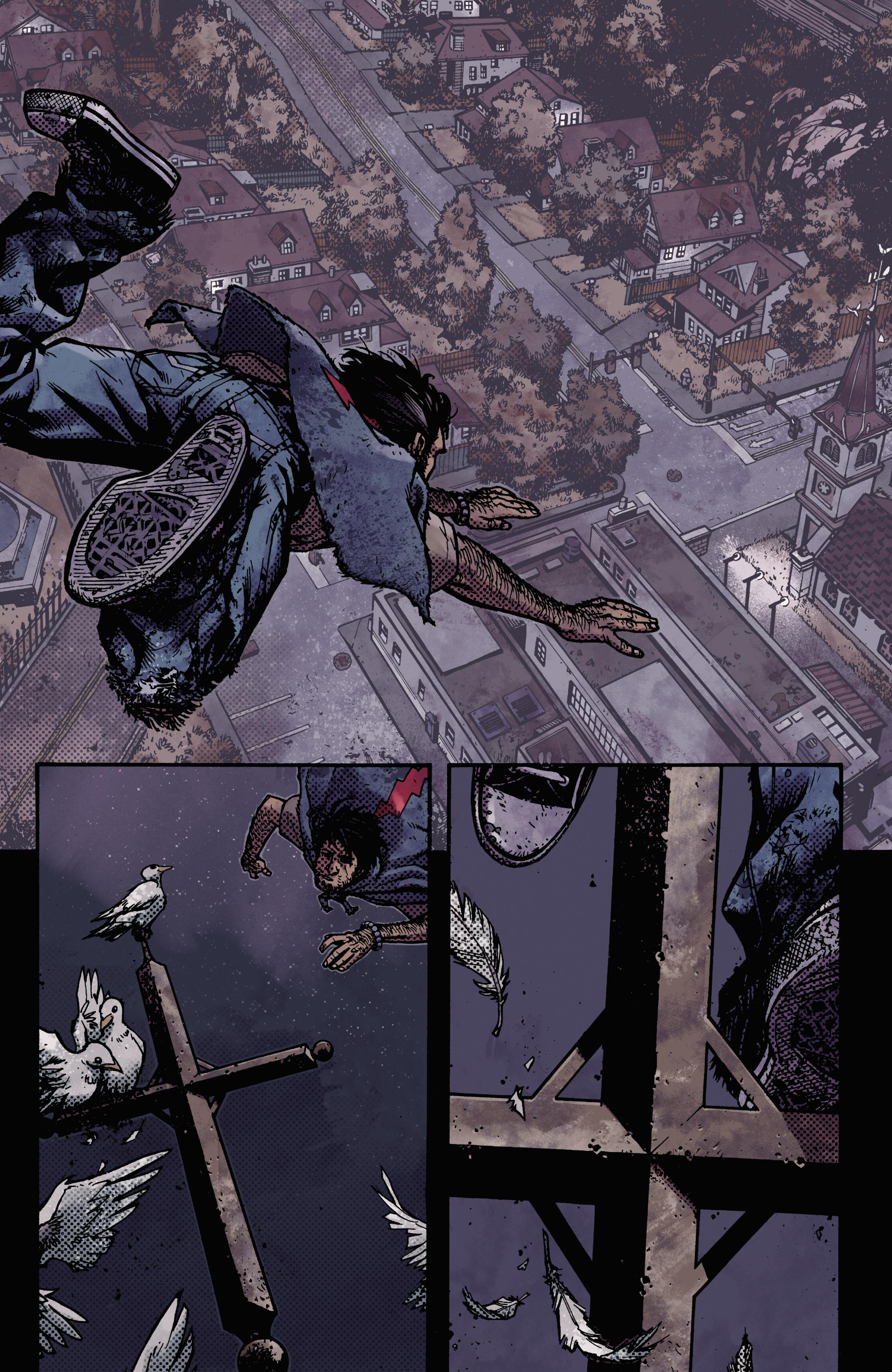 Eric’s a master of self-pity. Sure, he had his knocks when he was young. His father never came home from Vietnam in the 1960s, then there was the incident where he fell out of a tree, cracked his skull and impaled his arm. Were it not for the extended medical treatment and the headaches still affecting him in adult life, he might have remembered what happened just before he fell. He does get some breaks, a wonderful girlfriend for one, but his motivation’s never there. It’s easier to sit at home and drink and whine than to get into the world and do something. Inevitably even the long-suffering Angie has had enough, and Eric finds himself sleeping back in his mother’s basement, and, hey, there’s the comfort blanket he had as a kid, the one his mother made into a cape for him.

It’s Joe Hill’s name on the cover in the large typeface, and certainly Joe Hill’s consistently intriguing plot, but it’s Jason Ciaramella and Zach Howard who take their cue from Hill and adapt his short story into an excellent graphic novel. For starters Howard gives Eric a look that’s consistent with his character, dishevelled and uncouth, a man who’s let himself go, and Howard’s also brilliant with expressions. Eric reaches a turning point pretty early in the story, and Howard provides a panel where his expression just nails who he is and what he feels he can do. It’s memorable and it’s chilling.

So’s the script. Hill sets his story in the real world. We’re now so familiar with idea of superheroes that their mystique is diminished, yet embed what’s commonplace in Superman into an everyday scenario and there’s a real power. The secret Eric discovers is that he can fly, and compared with the resources available to his unprepared targets that’s like an evolutionary step. Hill, Ciaramella and Howard weave some absolute terror from that, and The Cape is a brilliant horror graphic novel. It’s because the horror comes from normality. Yes, there’s the anomaly of flight, but the horror is human. This is no vampire crap, nor an exaggerated serial killer slashing and stabbing, just a douchebag who suddenly gets to do what he wants.

Over the course of the four chapters we learn a little more about Eric’s past, about his family, and everything leads to a very satisfying conclusion. It needs said again: The Cape is a brilliant horror graphic novel.

There’s also an oversize hardcover deluxe edition incorporating a prequel graphic novel titled 1969, along with Hill’s original prose short story, and his notes about which elements can best be cut to produce a workable adaptation.