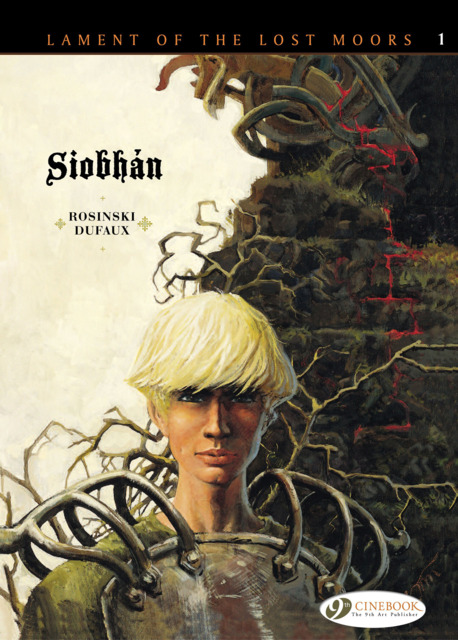 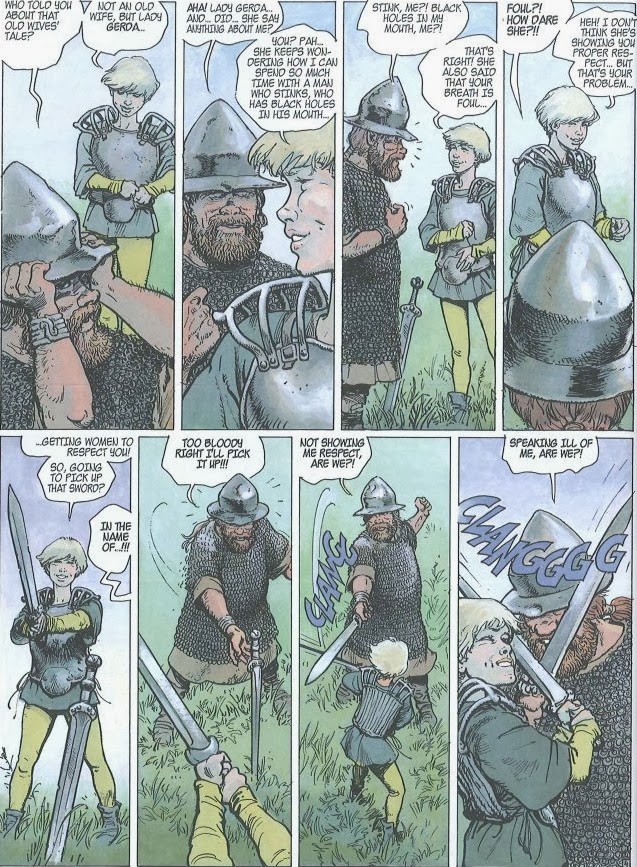 The mystical island of Eruin Dulea is the setting for this blend of Celtic and European mythology. Ruled by a tyrannical sorcerer, some wait for the legendendary Lament of the Lost Moors to be sounded and the land to be freed from its oppression. Lady O’Mara is the widow of Wulf, the last legitimate challenger to the throne who was defeated by dark magic. To cease her hiding and provide safety for Wulf’s heir Siobhan, she marries Siobhan’s uncle Blackmore. Except Siobhan is more comfortable with a blade than a spinning-wheel and Blackmore is not all that he seems either. Added to the story is Seamus, member of the mysterious Warriors of Mercy, Wulf’s long-time ally and seeking the one who will sound the Lament.

Jean Dufaux scripts a wonderfully mysterious world full of latent magic. Siobhan is tempestuous, Seamus sullen, Lady O’Mara sincere, and Blackmore sinister. The characters are interesting and the story compelling, although the dialogue can be clumsy and obviously suffers from the translation. The speech bubbles are slightly blurred, a nice touch that adds to the ethereal quality of the story, but due to smallish frames they have a tendency to bleed into each other slightly and make it difficult to distinguish which part of the dialogue belongs to whom. It’s an enchanting story, even if it falls into the classic trap of epic fantasy fiction: taking itself too seriously.

Grzegorz Rosinki’s artistic contribution elevates the numinous surroundings, swapping easily from the elegantly simple dialogue between two individuals to the intricately depicted battlefield scenarios. The landscape is vibrant with captivating renderings redolent of actual places like Staffa, Glencoe, and Giant’s Causeway. Castles and warriors are detailed, but the medieval aspects make it feel distinctly European, detracting from the Dark Age Celtic mystery the collaborators were aiming for. A change from colour to black and white in the last few pages of the book is jarring but also emphasises Rosinski’s talents superbly and therefore a minor quibble.

This is an enchanting story, Dufaux and Rosinki painstakingly taking the time to set up each player for the second instalment of Lost Moors entitled Blackmore. 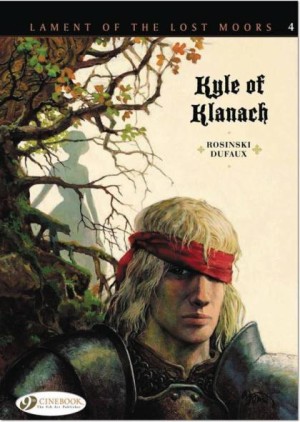