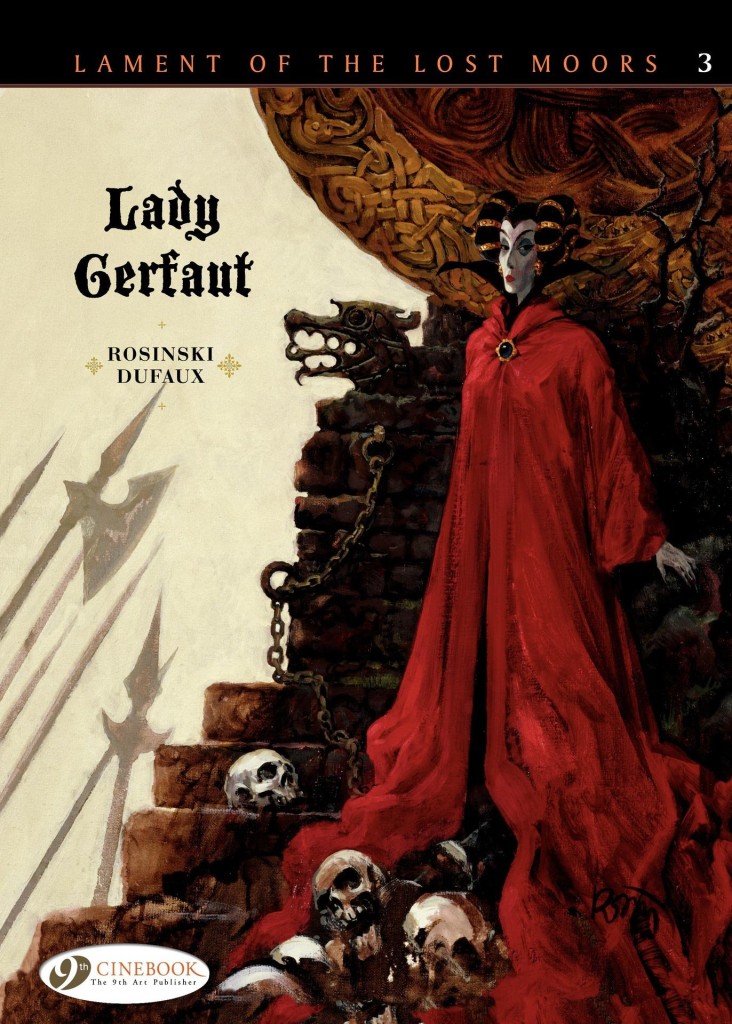 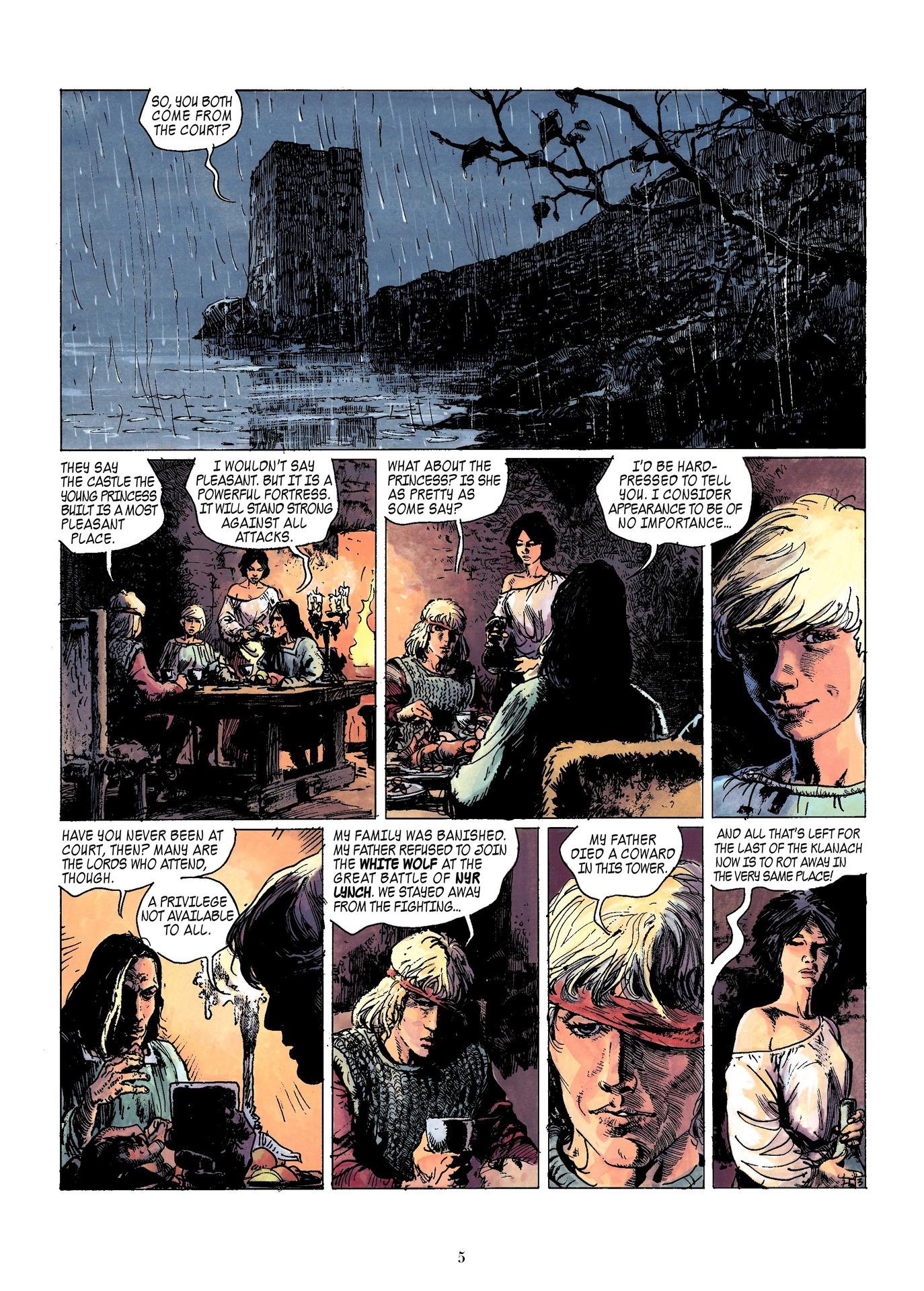 Set approximately seven years into the future of Eruin Dulea and after the events of Siobhan and Blackmore, Queen Siobhan is ruling from the Court of the Sudennes. Travelling incognito with Seamus, her friend and counsellor from the order of the Warriors of Mercy, they take refuge in the stronghold of Kyle of Klanach. Kyle hopes to regain the honour his family lost by choosing not to side with Siobhan’s father, Wulf, at the ill-fated battle of Nyr Lynch. After he saves Siobhan’s life, he is invited to court, captivated by Siobhan and eager to prove his worth as a warrior. However, the dark legacy of the Sorcerer King and the evil that taints Siobhan’s bloodline has not been completely erased. Dark powers are still in the land, Lady Gerfaut being one who would use those powers to enhance her own and put her deviant son Prince Gerfaut on the throne. While love previously proved to be in the heart of evil, will evil now prove to be in the heart of love?

Jean Dufaux carefully takes his time to set his audience up for another cliffhanger, the writing thankfully not feeling as hurried as it did in Blackmore. The classic fantasy tropes of good versus evil, sorcery, magic, honour and love make for an intriguing if predictable story. You can relate to Kyle’s desire to redeem himself and leave the past behind, but the highlights are definitely generated by Dufaux’s gloriously despicable and grotesque villains. Grzegorz Rosinski illustrates Prince Gerfaut as an utterly ghoulish being so well, it’s disappointing you can’t actually punch Gerfaut’s face. Rosinski then channels the 1959 Sleeping Beauty‘s Maleficent for Lady Gerfaut, but this creature makes Maleficent look merely misunderstood by comparison. Both creators present an utterly detestable woman, terrifyingly ruthless in her ambition.

The narrative suffers when Dufaux attempts to set the era by use of archaic words like ‘knave’, although this might be a translation issue. Timeline inconsistencies don’t help either. In the previous two volumes, Siobhan’s age was never actually mentioned but she looked around 14, which would now make her 21. Here her age is given as seventeen, but the problem comes on considering Siobhan is portrayed in stages of undress over all three books. While not particularly sexual or gratuitous, it does raise an eyebrow now. Lady Gerfaut has a 15+ advisory so readers should take this into consideration.

On the positive side, Rosinki’s stunning landscapes stand out with fantastical creatures, spooky horror sequences, and an almost beautiful battle in the midst of a deluge. The Medieval surroundings are smartly rendered, though out of place in the Dark Age setting, Rosinki redeeming himself with a more appropriate Dark Age tower redolent of ruins still found in the Scottish Highlands. His pages really are beautifully and classically rendered artwork.

Lovers of fantasy and swords and sorcery will enjoy the magical and heroic elements of the story, all compelling enough that the pages turn fast all the way to the conclusion. The story continues in Kyle of Klanach.