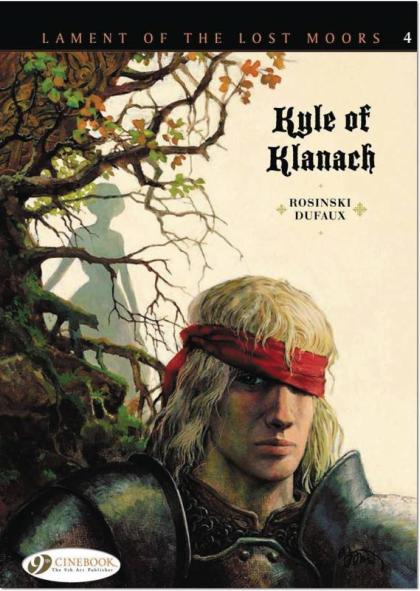 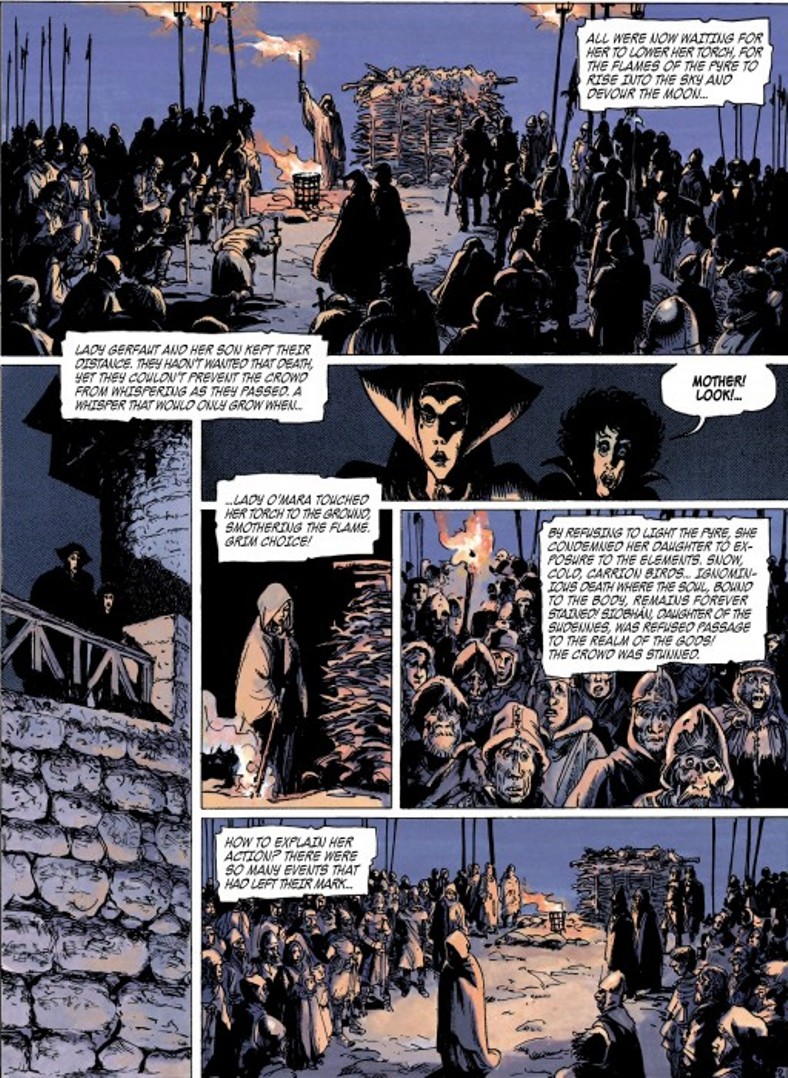 The preceding volume of Lament of the Lost Moors, Lady Gerfaut, ended on a cliff-hanger, Queen Siobhan bewitched by Lady Gerfaut’s sorcery and manipulated into announcing Prince Gerfaut as her husband to be. Having believed Siobhan was in love with him, Kyle of Klanach is left heartbroken and the court of the Sudennes in uproar. This fourth and final book in the cycle opens on Siobhan’s wedding to the ghastly Prince, all hope of a good and fair ruler disappearing with even further revelations and pronouncements from the Queen post-nuptials. Hope remains though, tenuous though it is and while evil seems to be in the heart of love the reverse might still be true if Kyle, faithful mentor of Seamus and Siobhan’s family can win through.

Jean Dufaux and Grzegorz Rosinski have been weaving the story of Siobhan in Lament of the Lost Moors over four volumes, her fortunes waxing and waning. Writer Dufaux has blown hot and cold over the series, meaning it’s never quite developed to its full potential. Dufaux starts one half of a story well (Siobhan) then hurries to a conclusion (Blackmore). Lady Gerfaut similarly started well and fortunately ends in a less hurried fashion than Blackmore but isn’t entirely satisfying either. The title Kyle of Klanach suggests more of Kyle’s story, but it’s misleading.  He rarely features, the Gerfauts and their relationship with Siobhan being predominant. Some plot aspects fall into place smoothly, but some are never explained, they just happen. This jars the narrative, although Dufaux’s plotting remains good, introducing a high number of disturbing and unsettling developments.

It’s nicely depicted by creative partner Rosinski, who has been on form throughout the series, his work on landscapes and battle scenes in particular spectacular. He takes a different approach here to focus more intently on the characters themselves, bringing out their little nuances superbly. Prince Gerfaut becomes even more deplorable, and Siobhan’s change of character is particularly well rendered. There are elements that aren’t easily definable like the rat-like creatures that inhabit the dark recesses of Erin Dulea, but then again they don’t need to look perfect to unsettle your stomach when they appear en masse. It’s the eerie environment and brutal developments Rosinki portrays that rescue the story, little details like an arrow penetrating flesh, and when the scenery appears it still astounds.

The Lament of the Lost Moors follows a pattern of one volume being set-up, the next conclusion, and anyone considering the series is advised to pick them up in pairs, as coming to the conclusions after a long break leaves a disjointed feeling. Individually the stories don’t always stand well, better appreciated when all four volumes are read in quick succession. No volume is particularly long so it won’t be a mammoth undertaking and, while Dufaux’s writing isn’t always a peak performance, Rosinski’s art is a wonder to behold and that alone is worth the time and investment.