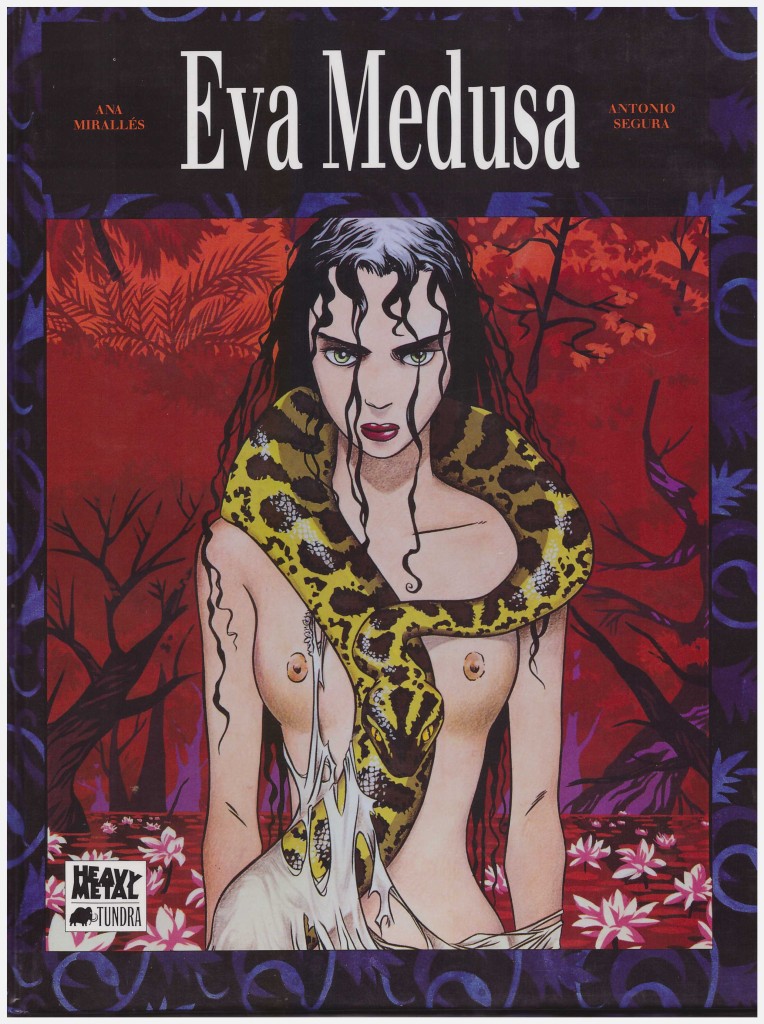 There’s a steamy erotic mood to Eva Medusa that’s more subtle than the cover might indicate. It’s staged in the Brazil of the early 1900s, when Don Fernando’s large slave holdings ensure the profits of his rubber plantation. Don Fernando, though, has a secret. A few, in fact. His alluring wife possessed a large sexual appetite, and before disappearing in the nearby swamp gave birth to a daughter, sent away at three years of age in order to develop beyond the dank atmosphere of the plantation. Since then aspects of his life have been furtive and concealed, yet they’re all laid bare years later.

At eighteen Maria is reunited with her father. Her isolation has ensured there’s a naivety about her. She develops an innocent teenage crush on plantation foreman Gonzalo, yet is distraught on discovering his sexual appetites, and displays a wilful jealousy of the slave girl that shares his house. There, are, however, other forces at work in Antonio Segura’s script, and an equivalent of voodoo magic has its adherents and effects.

The art of Ana Miralles is loose and evocative on her début graphic novel. Unlike many other European graphic novels with sexual content, her figures are naturalistic, and there’s an appealing cartoon shorthand to her interaction. Her people wear their clothes, as opposed to having them stapled to the body, apart from the times, of course, when they’re not wearing their clothes. At the time of publication Miralles’ colouring was particularly noteworthy, some pages draped in variations of a single shade, which worked exceptionally well with swamp scenes at night. Time, though, has seen a great improvement in the colouring of comics, and while still good, the pages here no longer stand out as once they did.