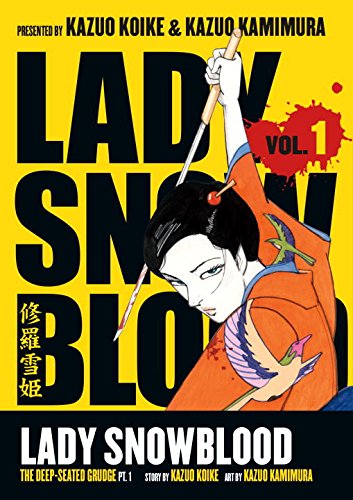 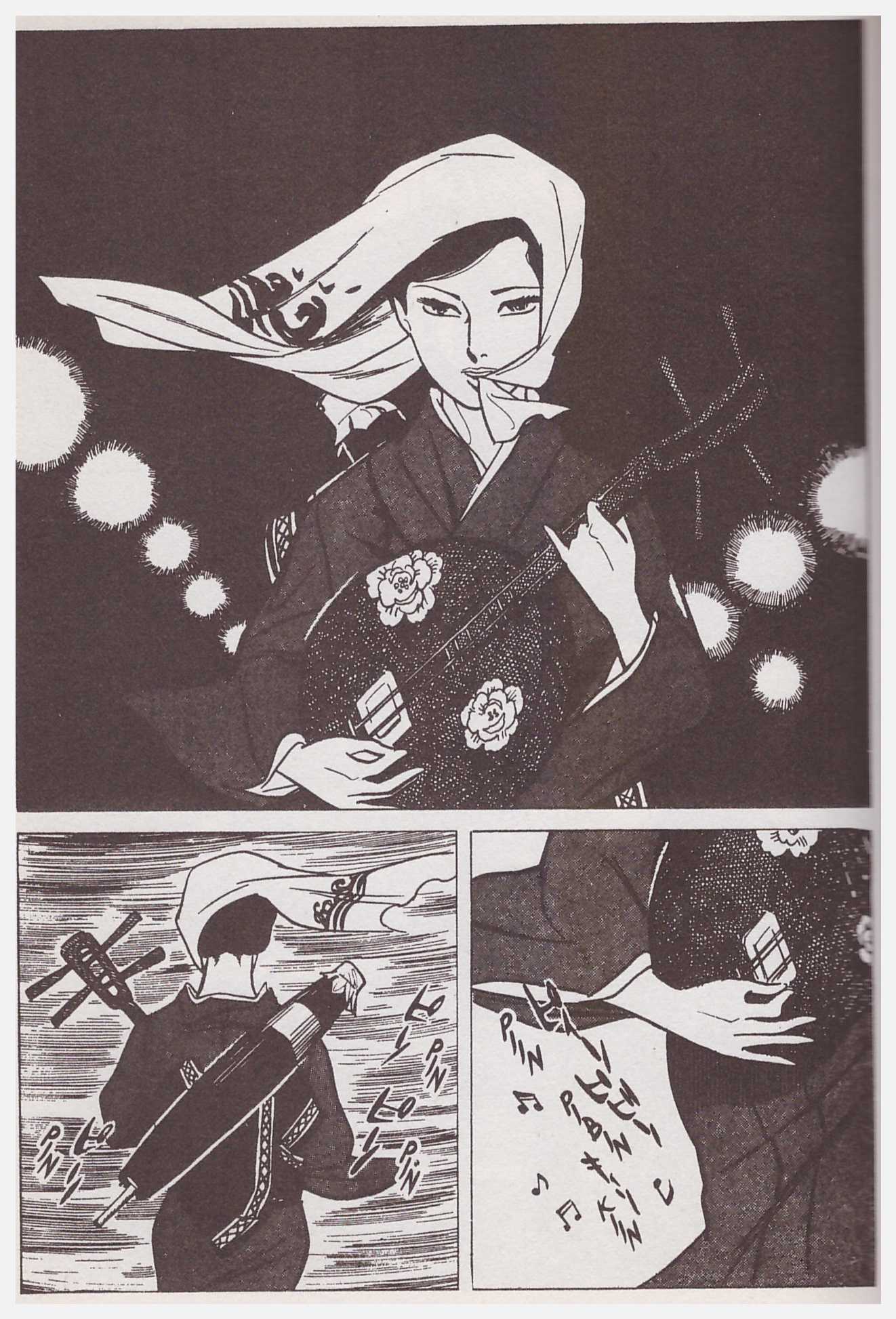 With Lone Wolf and Cub already in serialisation, Kazuo Koike began writing a second series that was initially even more successful, almost immediately making the leap to cinema screens in 1973 and spawning a sequel. These in turn influenced Quentin Tarantino’s Kill Bill. The appeal to Tarantino is apparent from the comics, which feature many of the cinematic quirks associated with his films, although the dialogue is far sparser.

The title is a play on words, at least in the original Japanese, where Disney’s Snow White became Lady Snow White, and in common with Lone Wolf and Cub revenge is a strong motivator. We’re first introduced to the master assassin Yuki, whose price is 1000 yen per hit, a vast sum in the closing days of the 19th century. Alluring as well as capable and resourceful, she uses whatever means are at her disposal to ensure her task is completed.

This is a dark and brooding series, with Yuki’s life laid out before her when she’s born. This occurred in jail, where her mother had been incarcerated after murdering the man who raped her. The inevitable path is one well entrenched in Japanese stories, and Yuki’s training and confidence begins with a revenge killing and continues from there.

In the years since the original Japanese publication the supremely competent female ninja has become, if not quite a cliché, then certainly a genre standby, so the original impact of Lady Snowblood has been diminished a little by success and imitation. Make no mistake, though, this is no timepiece. The period setting works as well now as it did in 1972, and Koike’s revenge fantasy comes with a remarkable artist. Kazuo Kamimura’s illustration has a stunning expressive delicacy, and his action sequences drip blood.