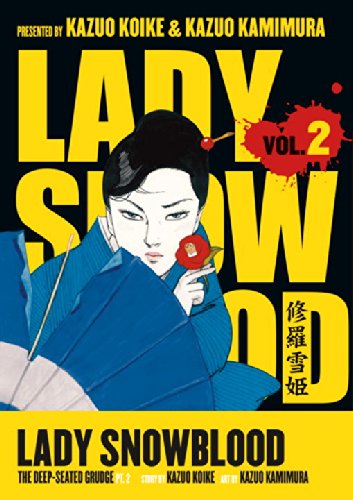 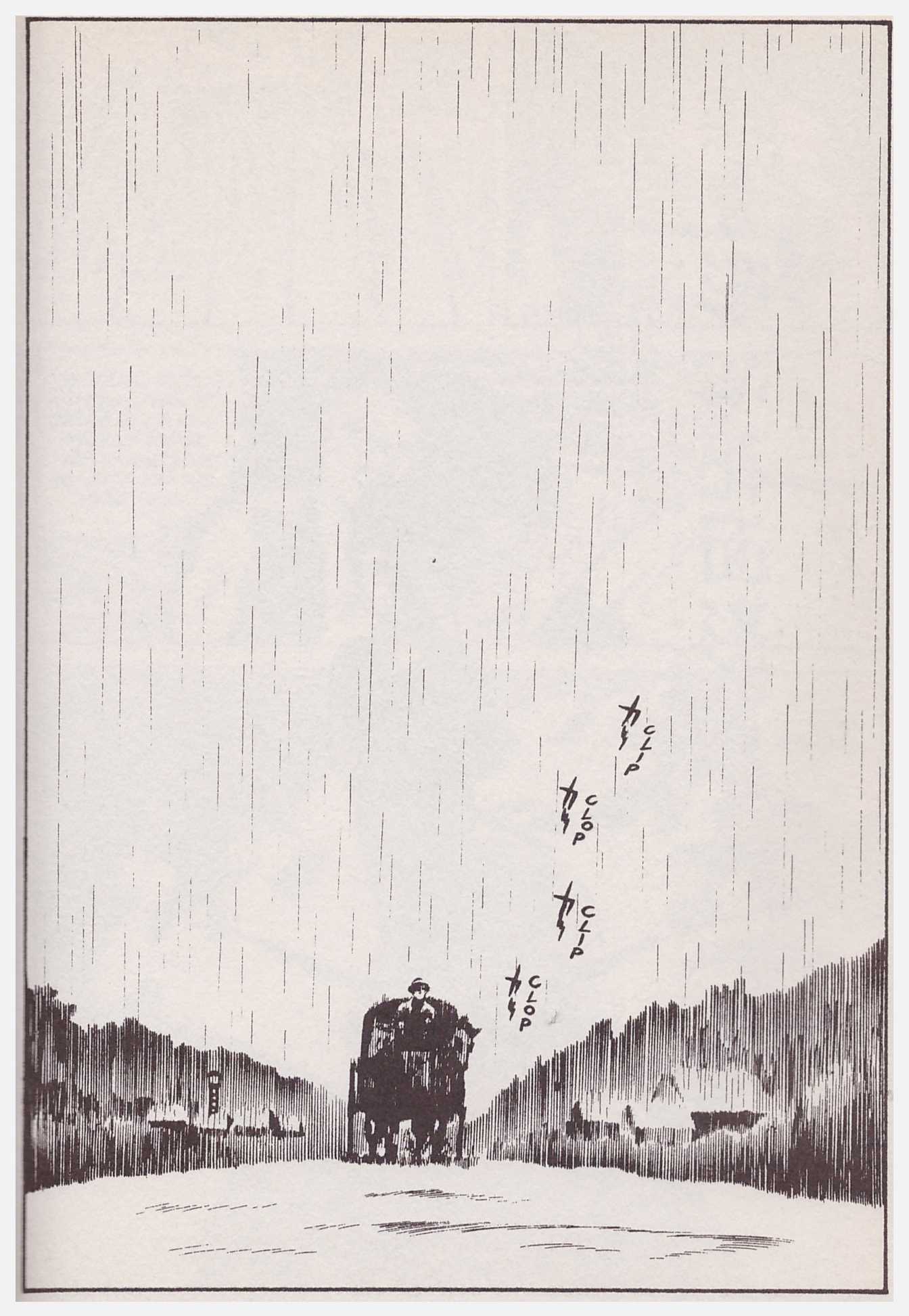 Yuki continues her quest to discover those she considers responsible for her mother’s unjustified imprisonment many years previously. Three remain after she disposed of one in the opening volume.

As it’s been many years since her mother died, and she has no idea what the survivors look like, Yuki enters a community of beggars soliciting information, although these are hobos with bizarre principles. In return for their aid in locating her three victims to be, they require a hojicho, a holy book kept within temples recording the family circumstances of all who live within a parish. This is knowledge they can exploit while begging. It’s a strange and enticing beginning to what plays out over the book as more of Yuki’s early years are spliced between her ongoing missions.

Kazuo Koike is equally imaginative in designing the gruelling and harrowing training Yuki undertook in order to become the killer she is. Passages depict her rolled downhill in a hollow barrel and forced to confront a swordfighter barefoot on a battleground of slippery stones.

The late 19th century period details and Japanese location are very convincingly conveyed by adaptable artist Kazuo Kamimura in his elegant fine line. There’s a level of irony, therefore in the one aspect that nails Lady Snowblood as a creation of the 1970s being the gratuitous nudity and sexual scenes. We’re very much in tits out for the lads territory in places, and as time has moved on there may be those who consider this offensive.

The chapters presented here were originally individually serialised, and it’s unfortunate an editorial decision was taken to end with a cliffhanger, rather than including a final chapter that would form a very convenient breaking off point. The story is picked up in Retribution pt 1.

As is the case for the other three books, Lady Snowblood is an imaginatively constructed, fast-paced action-oriented thriller. The gratuitous sex may be enticement or off-putting on principle, but there’s no denying this is otherwise stylish comics.