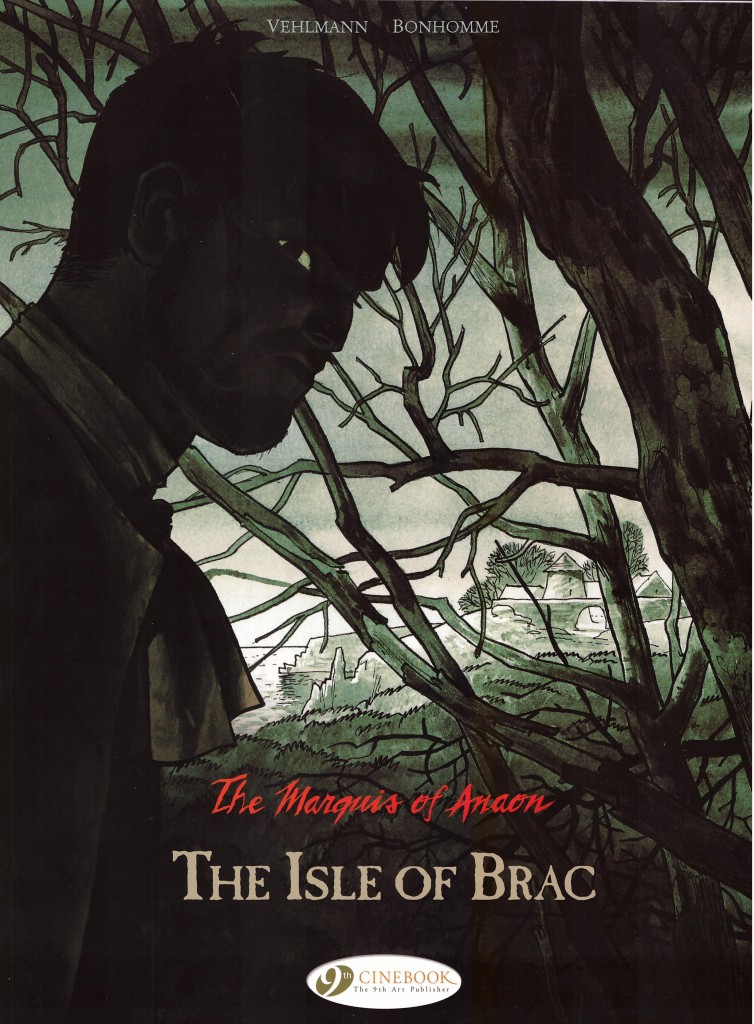 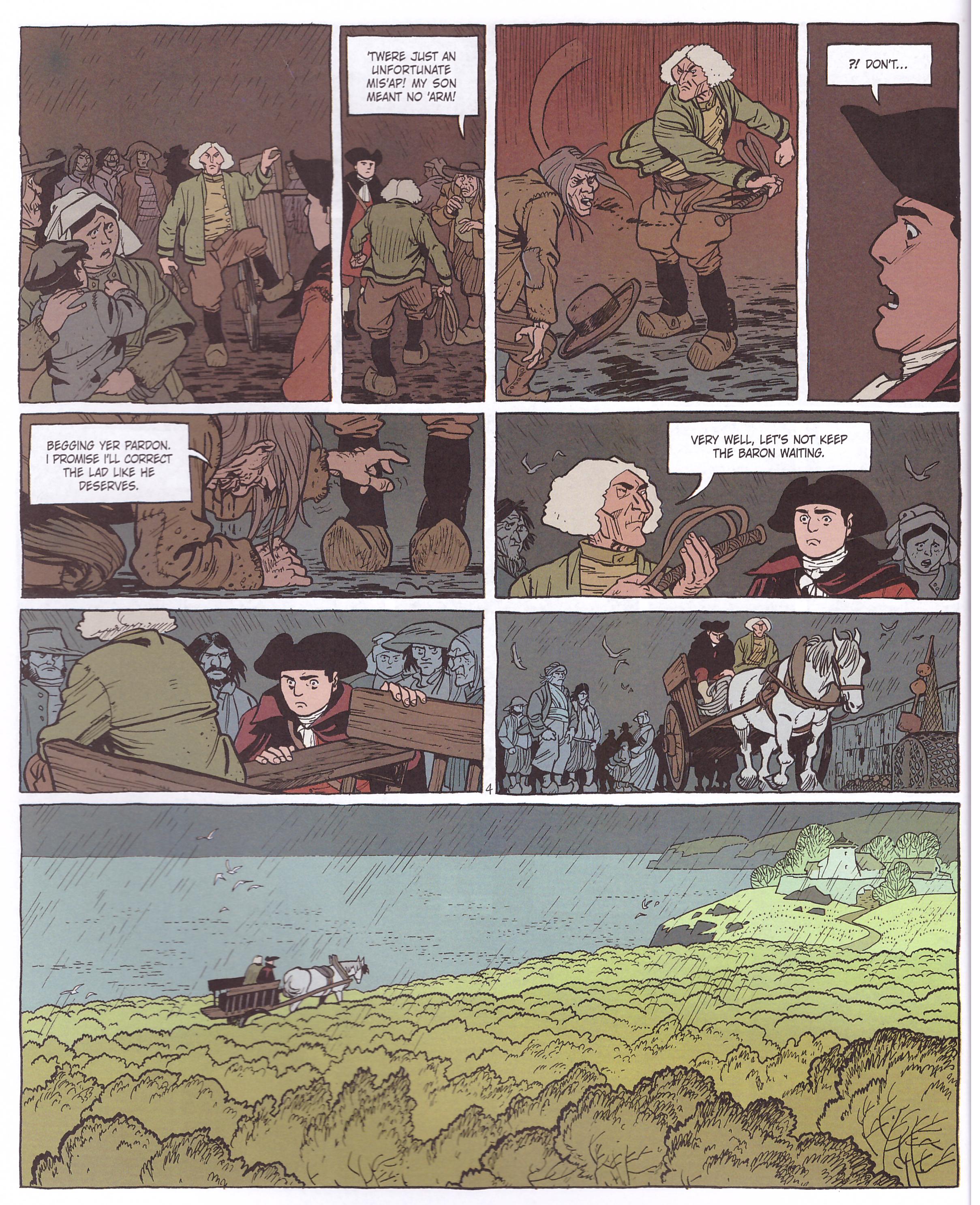 There’s a longstanding tradition of historical adventure in Franco-Belgian comics, and this 21st century addition does the genre proud, hooking the attention from the opening pages and then fostering a perpetual shadowy tension with allusions to the supernatural.

Jean-Baptiste Poulain has been engaged by the Baron resident on the Isle of Brac as tutor to his son. In the early 18th century this is a remote community with only a monthly vessel bringing passengers and supplies. Poulain rapidly learns the Baron is feared by the locals, and mere association fosters suspicion and antipathy. The first surprise of Fabien Vehlmann’s script is that when we finally meet the Baron he’s an open and friendly man, although the same can’t be said for all in his employ.

In the spirit of the times Vehlmann supplies a reason for the mutual dislike between Baron and the untitled residents of Brac, and provides a suitably chilling background for Poulain. He’s a curious innocent, rapidly dragged into circumstances he has no capacity for dealing with other than intelligence. There are horrors on Brac, but not of the type expected.

Matthieu Bonhomme’s artwork is superb. His Poulain first strikes as too wide-eyed, when contrasted with the grizzled specimens on Brac, but that’s intentional. Although not obvious here, he’s the title character, and the series charts his growth from this point. Landscapes, spooky woods and ancient hovels are all elegantly presented in a broad cartoon fashion, and Bonhomme’s no one trick pony. An important tone-setting interlude concerns a tale related by a storyteller of disaster at sea, and for this Bonhomme adopts a different technique, echoing engravings. His art throughout is extremely well coloured by Delf, who not only perpetuates the necessary gloomy tone for most of the book, but surprises with the occasional leap into vivid brightness.

The theme of the series as a whole, that of a young man growing into his character is very similar to the earlier modern day Julien Boisvert graphic novels, but the historical aspects and clever exploitation of the unknown are enough to ensure individuality.

By the end of the book Poulain has earned his title, which is nothing to boast about, and Vehlmann and Bonhomme have created an excellent and satisfying atmospheric tale. Poulain’s destiny is followed in The Black Virgin. 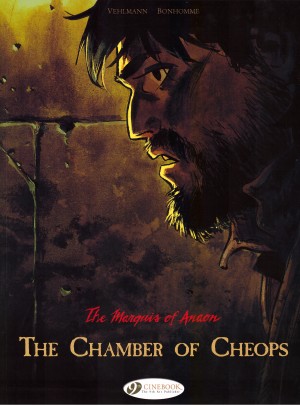