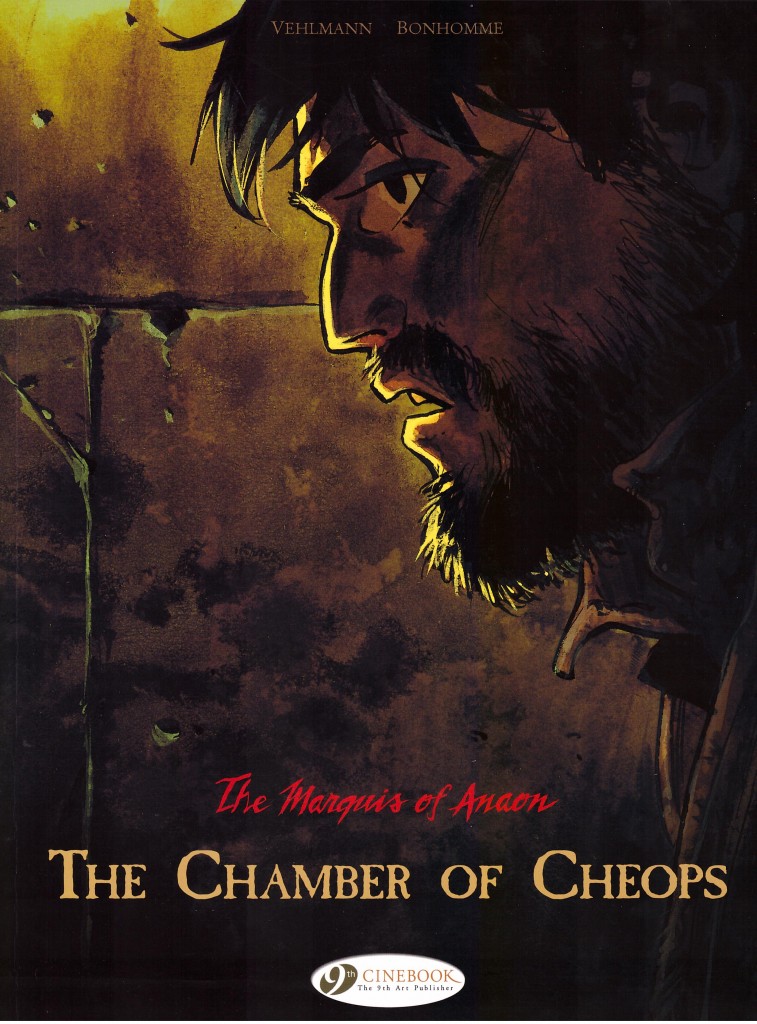 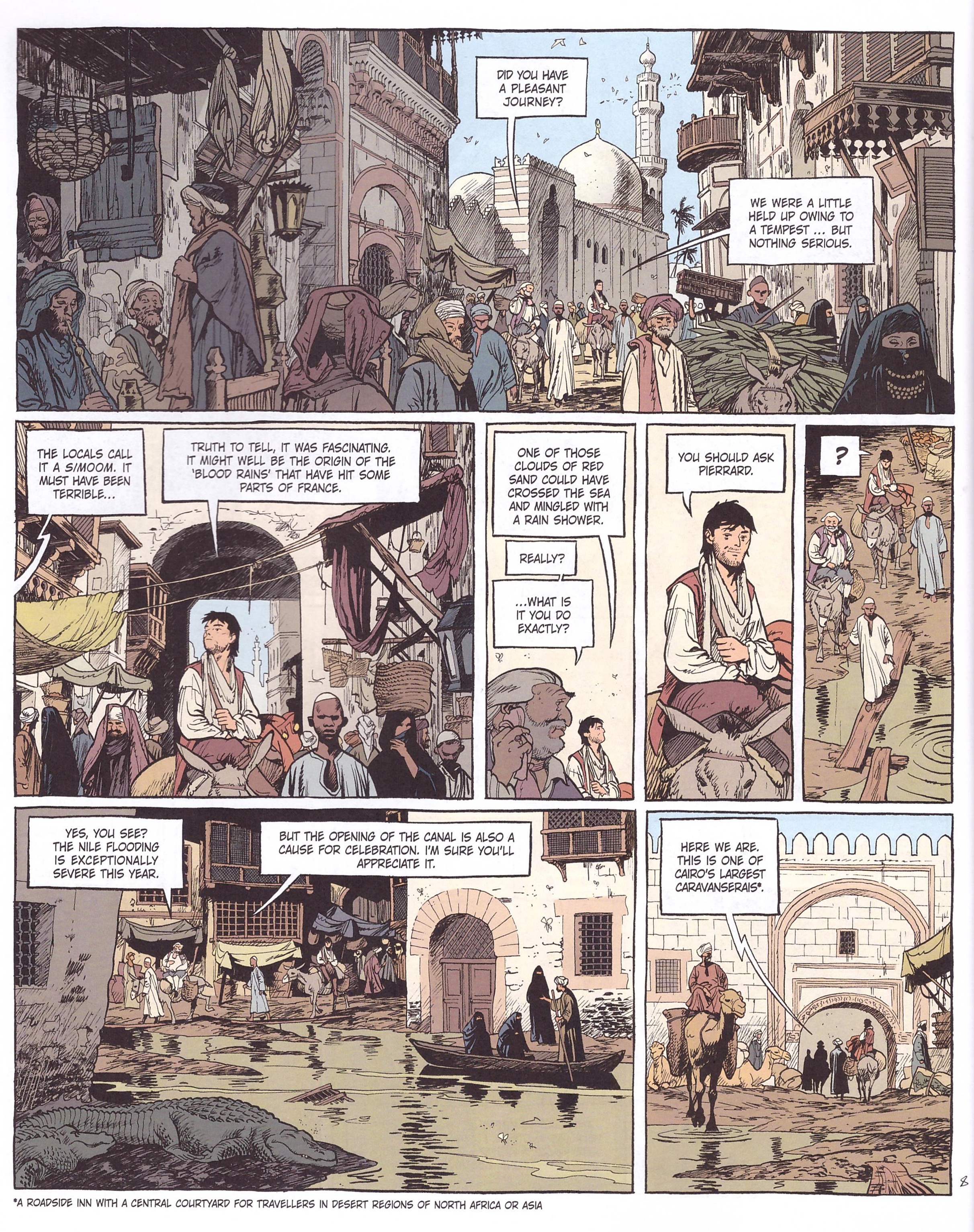 The Marquis of Anaon is a derogatory title applied to Jean-Baptiste Poulain, early 18th century adventurer with a taste for the mysterious. He’s overcome his nickname to earn a considerable reputation. Fabien Vehlmann and Matthieu Bonhomme’s consistently intriguing series concludes with another gem.

Poulain learns that he’s been left a surprisingly large amount of money by a man he’s never met who died investigating the Pyramid of Cheops in Egypt. He’s intrigued, travels to Egypt and follows in the footsteps of his benefactor Mister Leone. Vehlmann’s scripting is excellent, his subtlety evident in the early scenes. Much about 18th century Cairo would be distasteful to 21st century Western minds, not least slavery and the attitudes that accompany it, and this is conveyed without hammering the point home via comment.

As per his usual method, the amiable Poulain asks questions and discovers that although he never knew Leone, there’s much about him he likes, and the man had his secrets, convinced the Pyramid of Cheops had a purpose other than a place of burial. Vehlmann populates the tale with an appealing collection of rogues, eccentrics and those with a more pleasant disposition as Poulain attempts to learn what Leone learned and fend off an influential businessman convinced monetary wealth is the end game.

Bonhomme is again almost peerless. You can almost smell the fetid, overcrowded streets of Cairo, such is the detail he includes in panels that can be studied for some while, yet always tell the story. Small but telling touches abound, such as the scars visible on a slave’s back soon after Poulain’s arrival in Egypt. His designs for the cast exude personality, and he has an admirable capacity for visually conveying the attitude of background characters as well as the major players. This is the first of the Marquis of Anaon graphic novels that permits grappling with architecture to any great degree, and the grandeur of Cairo’s wealthier areas is conveyed as convincingly as the market scruffiness. Bonhomme also experiments with silhouettes, among them a great roofscape of mosques and minarets.

Vehlman plays fair with readers and supplies a creative secret for the pyramid, and this is another historical adventure gem. Sadly, Vehlmann and Bonhomme moved onto other projects and although they’ve both said they’ll return to the character, a decade has now passed since The Chamber of Cheops was published in French.