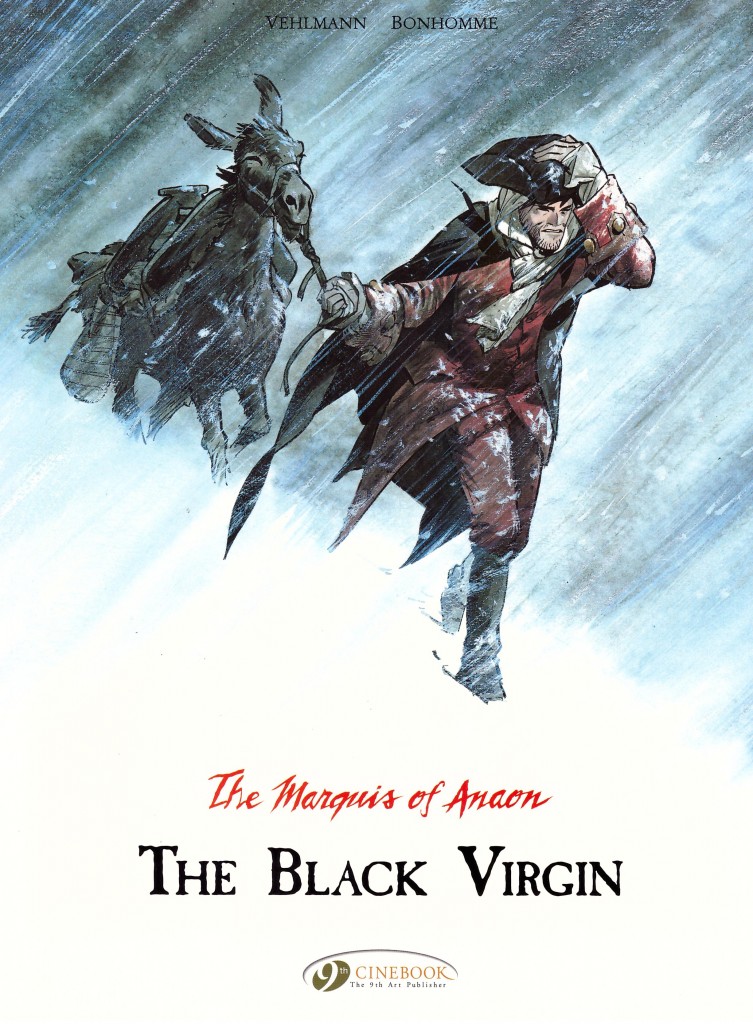 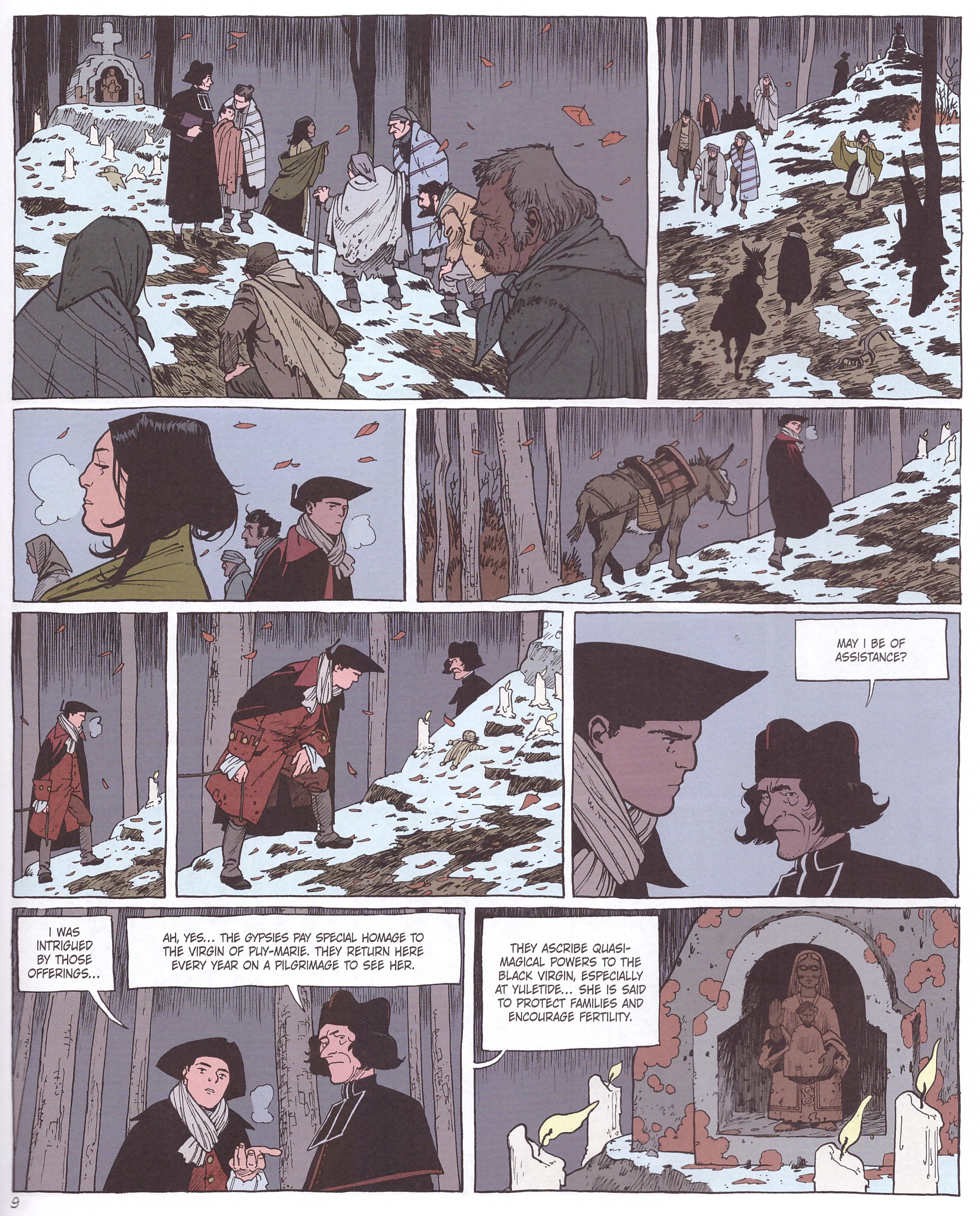 The Isle of Brac introduced us to Jean-Baptiste Poulain, a relatively young man engaged to be a teacher in a remote community. To consider it went horribly wrong is to understate the experience. It left Poulain further scarred, and with the derisively applied nickname that forms the title. In 18th century Brittany the term meant a master of lost souls.

The Poulain with whom we continue our acquaintance in The Black Virgin is a little older, his interest in the inexplicable awakened, and drawn to Puy-Marie where over the previous two years two young women have died in horrible circumstances. Local superstition attributes the crimes to a witch, both mutilated bodies having been found near a shrine to the Black Virgin.

As with the first book, Fabien Vehlmann’s use of the superstitions and resentments of pre-revolutionary France creates a convincing background when viewed from three centuries of progress, and from those he constructs psychological consistency. Poulain keeps an open mind, but while slightly more educated than most he encounters, his overall knowledge is accrued via experience and sympathy. In a notable piece of characterisation this is much to his regret as he’d prefer to apply scientific absolutes.

Almost the entire book occurs outside, and Matthieu Bonhomme’s illustration is both cold and beautiful in displaying the harsh winter surroundings. Gnarled branches abound, and Bonhomme applies considerable thought to his depictions as shown by the sample page, where the snow is absent from a well trodden path. His people are cartoon versions of those found in Breughel paintings, yet equally imbued with life and spirit. They don’t dance as much, though. The colouring is again the work of Delf, who deserves a fuller credit. His palette here is similar to that employed by Dave Stewart on Hellboy, creating the same foreboding ambiance in the half light.

Poulin discovers there’s a resistance to talking to an outsider, but careful observation reveals its own truths. It’ll do so for the reader also. Bonhomme’s a subtle artist, and a central later discovery is excellently foreshadowed.

The Black Virgin is excellent period drama, and surely ripe for TV adaptation. Both the central character and the setting are appealing, and Vehlmann’s scripts deceptively clever. During his investigations Poulin is told of his future. Whether this is merely Vehlmann toying with the readership or indicative of his plans, the series continues with The Providence.