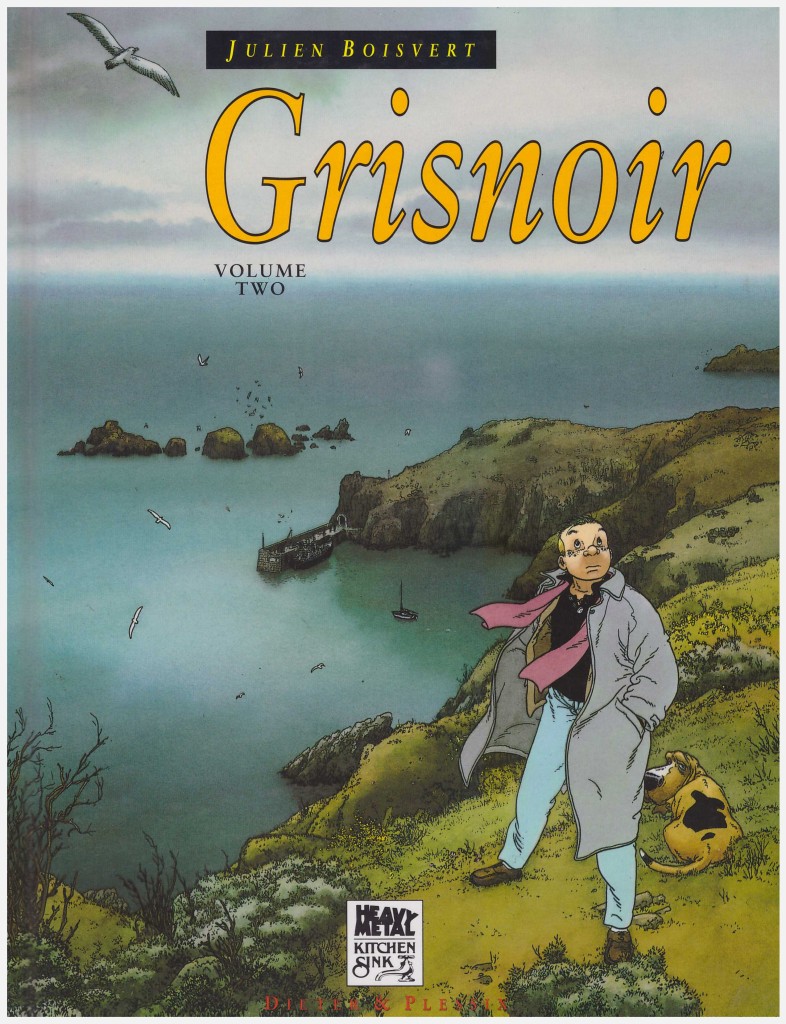 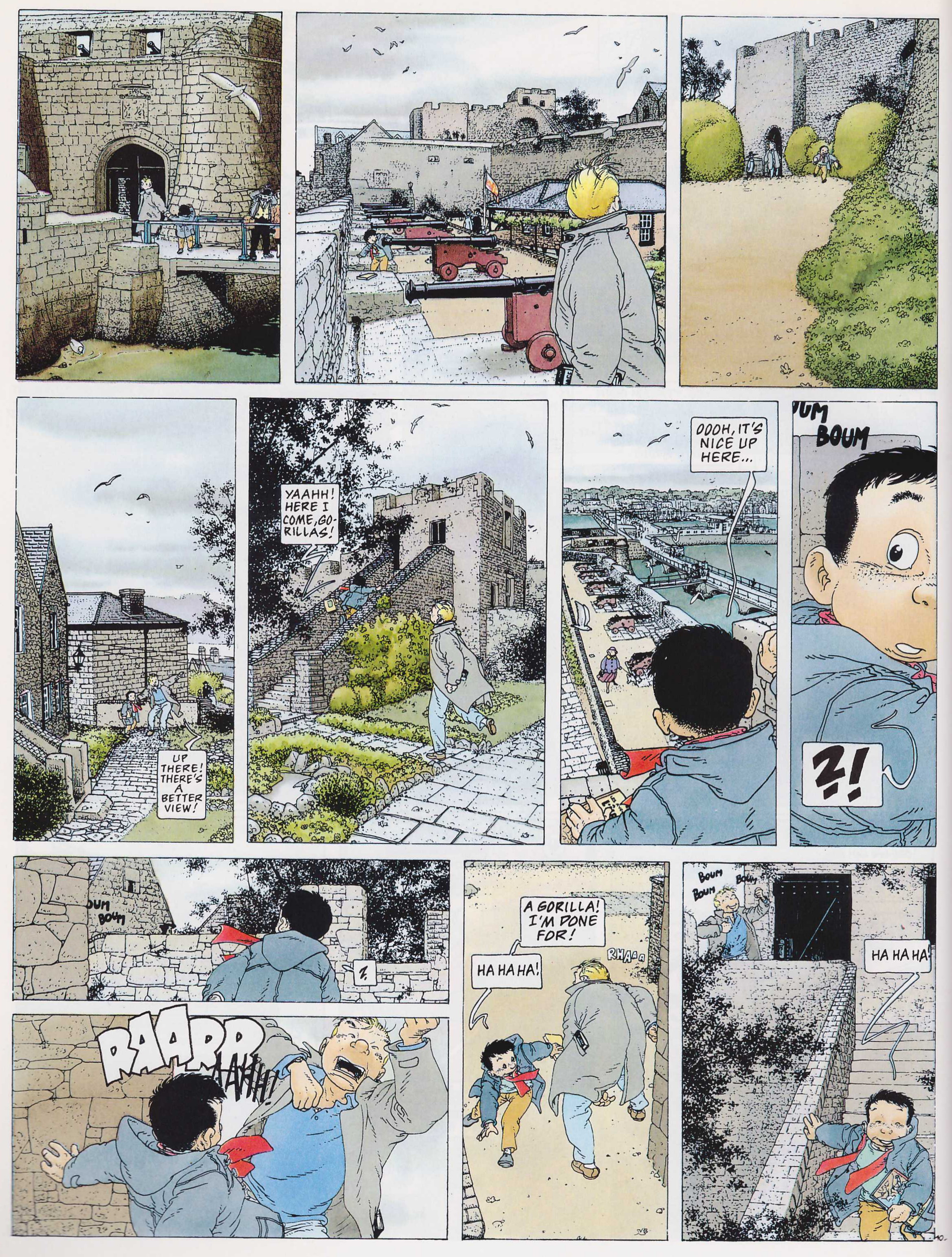 An interesting stylistic element of Grisnoir is how completely different in tone it is from the opening volume of Dieter and Michel Plessix’s Julien Boisvert quartet, Neekibo. Although a personal story, the background was of international politics, but the core of Grisnoir is a smaller incident, and the shift indicates the progression of the series as Julien ages.

In Neekibo Julien was a repressed and unfulfilled administrative drone transformed by unforeseen experiences in Africa. In Grisnoir he remains solitary, but more reflective, spending time in Guernsey with his basset hound companion, who has to be hidden to avoid quarantine on what’s an English island, despite being nearer France.

Grisnoir is the name of the guest house in which Julien is staying, considering his future away from his homeland. Among the other guests is a young boy, Daniel, and his over-protective father. When Julien agrees to take him out for the day, Daniel disappears, and having learned of Daniel’s background Julien feels obliged to mount his own investigation. As a youngster Julien also felt unloved, and has fond memories of a summer spent in the countryside with his grandfather, which are reactivated as he searches for Daniel.

Plessix’s art is fantastic, and in the bucolic scenes of the young Julien in rural France we see the beginnings of the pastoral beauty Plessix would later create for his adaptation of Wind in the Willows. Plessix revels in the scenery, creating sumptuous and elegant backdrops for the cast, and again the colouring of Isabelle Rabarot elevates the art. The cast come to life despite a choice of bulbous or snub noses, and Plessix is especially good at conveying age.

There’s a laissez-faire about the script as it follows a contemplative and depressed protagonist. Revelations that would consume the plot in other books are subtly conveyed in passing to enrich character, then left to themselves. Tintin is more directly referenced this time, ultimately in pivotal fashion, and again apparent via the supporting cast, with annoying writer Glen Sleeping standing in for annoying salesman Jolyon Wagg. It’s window dressing though, as Grisnoir’s appealing and leisurely amble is no slavish homage.

Sadly the remaining two Julien Boisvert books have never been available in English. Jikuri is set in Mexico, and Charles in the USA, and at the ludicrously cheap prices for used copies they’re worth buying for the Plessix’s art alone whether or not you understand French. Those who do will discover stories every bit as compelling as those published in English.