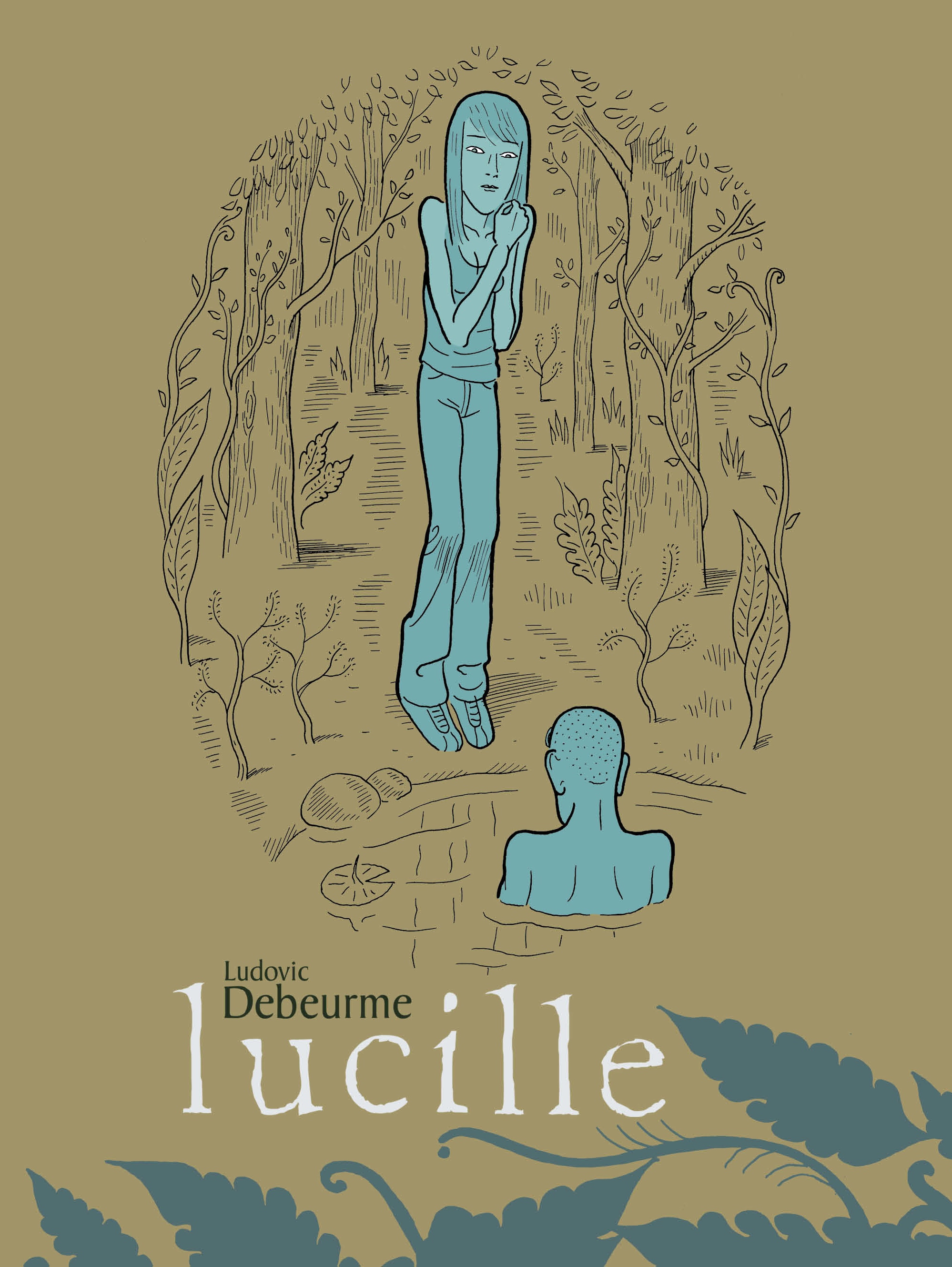 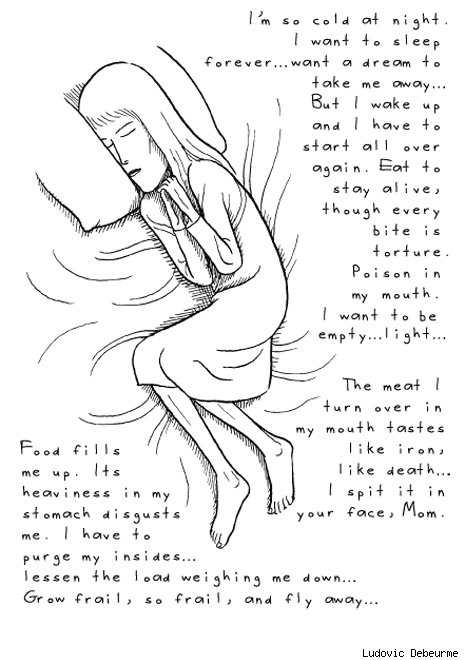 Sixteen year old Lucille Flavinsky is a smart, but plain teenage girl coming to terms her sexuality, although also disturbed by her attractions. She’s anorexic, and lives a lonely and frustrated life with her mother. Arthur also has an unhappy home life with a whiny brother, downtrodden mother and alcoholic father, but by contrast is confident and a leader. He amuses himself by the mental torture of local kids, claiming to be Satan’s representative, teasing out their desires and shredding their personalities.

Ludovic Debeurme’s illustrative style is reminiscent of a sketchier Chester Brown, and so is his storytelling. What at first seems prosaic events un-necessarily protracted is actually carefully constructed pacing of a story that very much reflects Lucille’s life as slow and mundane. What appears barren and simplistic develops an intense emotional articulation before too long. The diversionary observations Debeurme imparts about secondary characters enrich the narrative, such as the old woman Lucille visits in hospital, self-pitying and reflective when conversing with Lucille, yet a complete shrew with her own daughter. Another has planted his own forest.

Debeurme takes a different approach with each of his leads. Lucille is isolated, her mother barely seen, yet we’re immersed in Arthur’s world as he experiences an alternative form of loneliness. Key is his relationship with his father, a complicated man with a past who at first appears simple (“If someone calls you a Polack, kill ‘im”). A tragedy shared with Arthur prompts a second tragedy at the midway point, and, ultimately, a third.

These two immensely bleak, yet moving narratives eventually coincide, and Debeurme makes the odd choice to present the first meeting of Lucille and Arthur as recounted in hindsight. Crucially, though, there’s no indication whether this is from years in the future, or weeks. It’s a form of salvation for both as we then move on to the development of their relationship, and the overall mood lightens considerably. It’s been a long time in coming!

We now move into pastoral innocence, and that’s just as effectively conveyed. This is the first time Arthur, or Vladimir (as he now refers to himself for reasons well explained), and Lucille have controlled their own destinies, with the joy of freedom charmingly portrayed. These, though, are severely damaged individuals, and the world isn’t a kind place.

The chosen format of simple illustrations with accompanying hand-lettered text means Lucille is a rapid read despite an intimidating page length. It’s quite the surprise to reach the end and discover that not everything is resolved, and these issues are carried over into the sequel Renée.

Lucille was a recommended graphic novel for the Angoulême Comic Festival when published in 2006, and there can’t be many publications that engender such a deep emotional response from such simplicity. 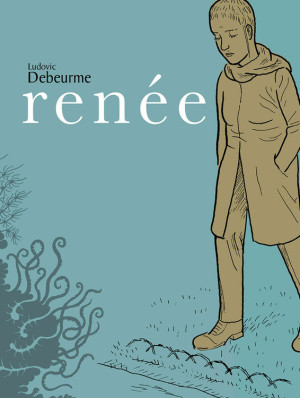