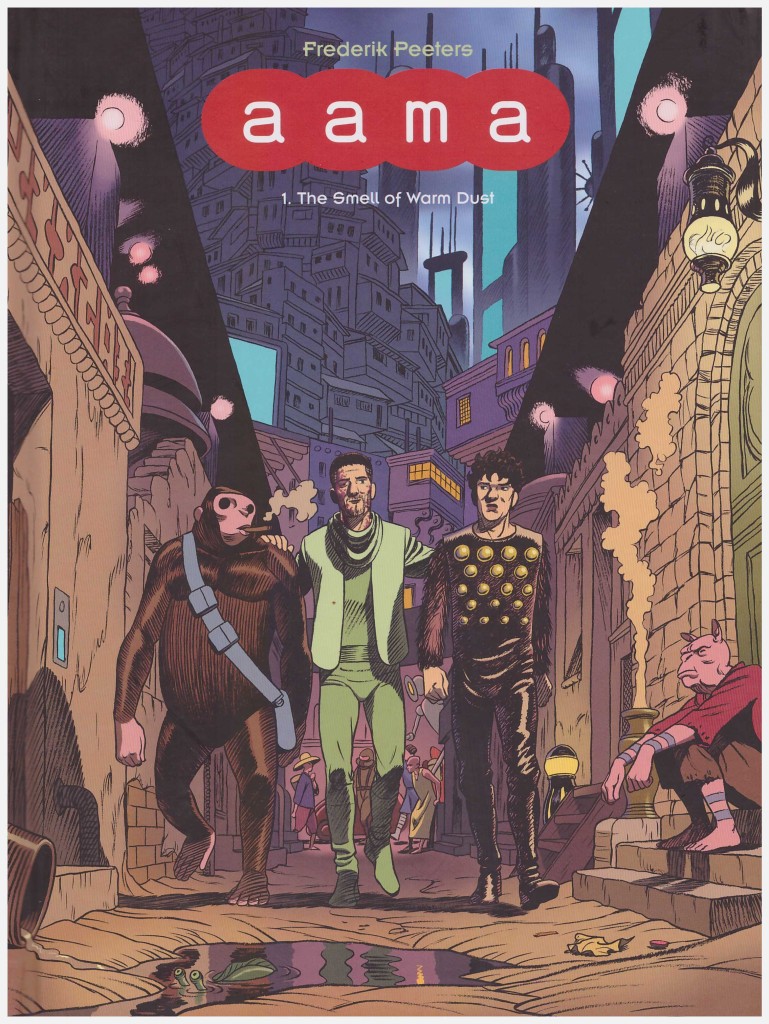 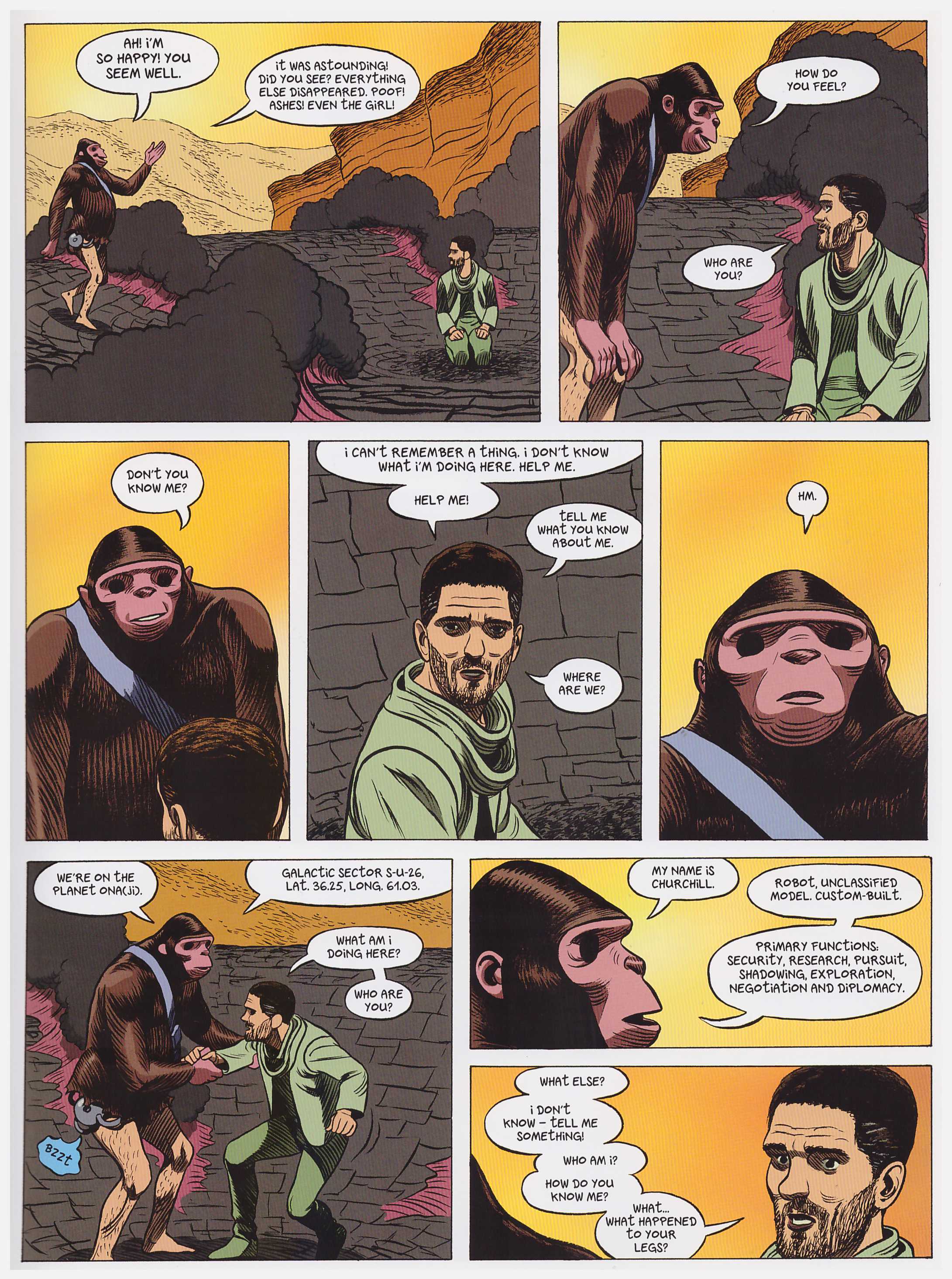 Aama is set in a future where man accompanied by robotic apes routinely mixes with alien races on their planets. Yet for all the opportunities available some humans remain self-destructive and wayward, and the future’s just a bigger place to lose themselves. Such a man is Verloc Nim, addicted, separated from his wife and child, endangering his health and not too far from rock bottom. Possible redemption is offered by his brother, a fixer for the Muy Tang Robotics corporation, about to embark on a retrieval mission to an uninhabited planet. A seeding experiment was to have occurred via a landing party several years previously, forgotten due to a financial crisis. Verloc accompanies his brother, and initially clears his system, yet a week later awakes all-but amnesiac lying in a crater. His journal tells the tale.

There’s more than a hint of Daniel Clowes in Frederik Peeters’ storytelling methods. It’s most obvious via the combination of a longing sense of isolation with strange occurrences and a protagonist who drifts along courting fate, never seizing his own destiny. Verloc is a man whose problems have been exploited, and one who has a combative relationship with his far more pragmatic and adaptable brother. There is, however, a sense of foreboding about the present day interludes punctuating his journal entries.

The science fiction trimmings are both imaginative and plentiful, but they adorn a very human story. Peeters uses elements such as connecting humans via implants to explore the influence of technology in our lives, enquiring whether what’s supposed to be connective is in fact distancing. Some are the building blocks of life, such as the pico-robots Professor Woland was to cultivate on the uninhabited planet. These are the Aama of the title, and the dispute between the scientists who’d considered themselves abandoned mirrors concerns Verloc raised with his brother. Disturbingly for Verloc, there’s a further connection between what are now settlers and his previous life.

As the first of four 80 page books, The Smell of Warm Dust is primarily setting up what’s to come. It’s a work of ideas rather than slam-bang action science fiction, scenes of which are few, and in laying the groundwork sets up several intriguing scenarios. Not least is Churchill, for some reason a robot ape who smokes cigars, and whose appearance changes during the course of the book. Aama continues with The Invisible Throng. 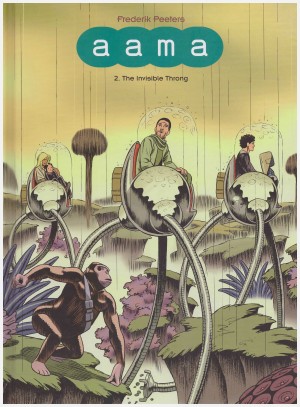 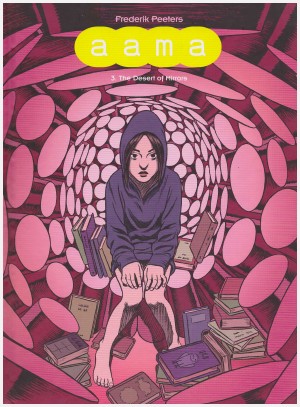 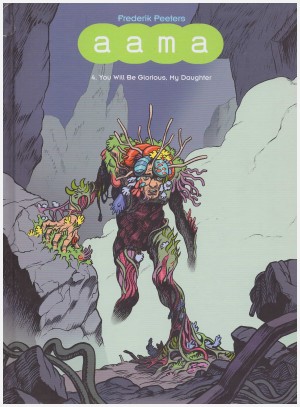