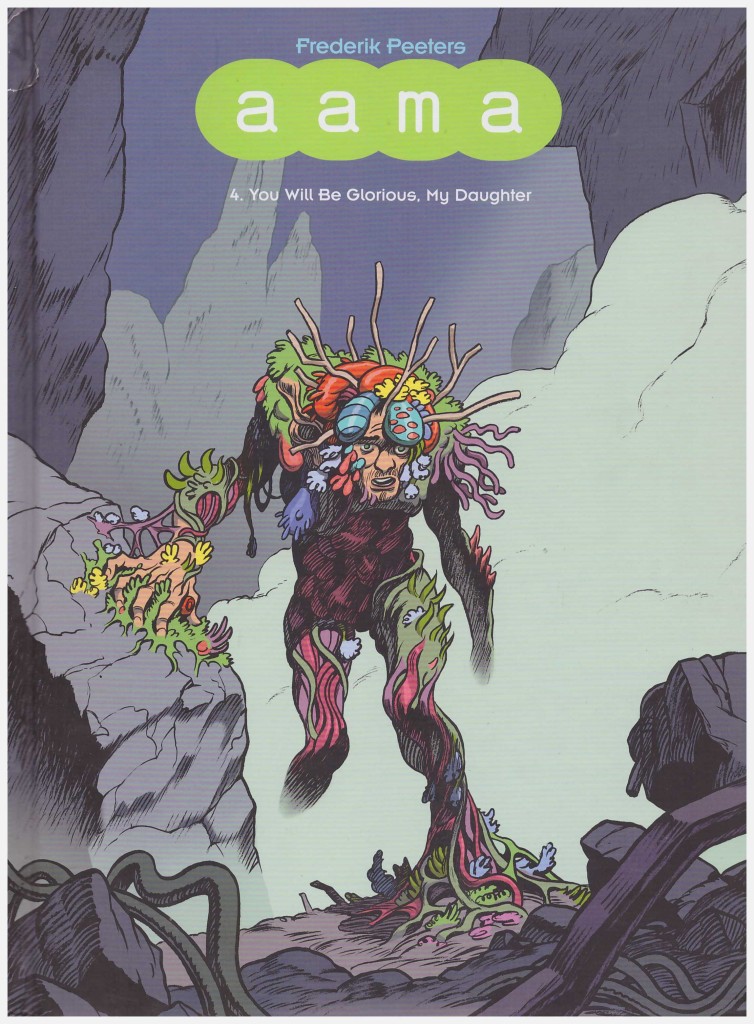 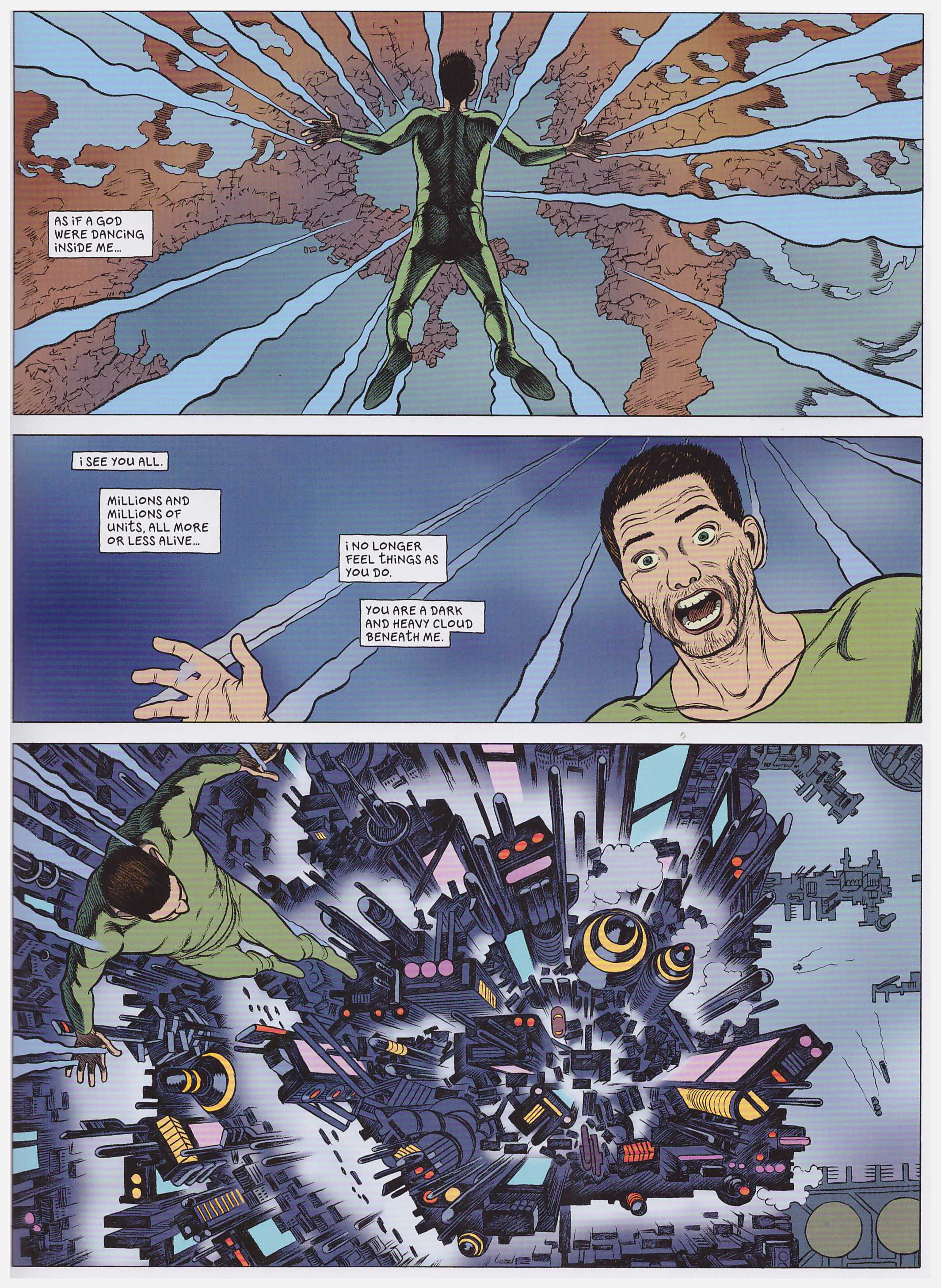 Has humanity reached a dead end? Is our only hope of continued evolution merging with artificial life to create a new form of being? In case it wasn’t clear from the conclusion to The Desert of Mirrors, that’s been the fate of Verloc Nim, almost at rock bottom when his life was transformed beyond belief, and now possibly the harbinger of a new age.

Aama is an artificial intelligence loosed on a planet with only the most basic forms of life, from which it evolved, recreating itself in weird and imposing fashion. When the merged entity returns to Earth it constantly adapts to circumstance, morphing itself to whatever’s required, and restrained only by Verloc’s conscience. Perhaps the point is that this is what will always separate forms of intelligence. Verloc now understands the circumstances and the methods of his manipulation, and the true purpose of Aama is clarified.

Peeters returns to some interesting ideas on the distancing effects of what’s supposed to bring us together, from which it’s not too great a step to filter back the super-advanced technology over which he paints his future and distil today’s social media. While it’s almost entirely consistent, parts of this conclusion descend into all too ordinary confrontations lacking the tension and wonder we’ve come to expect. This even extends to the greater drama of Aama confronting its creator.

For the finale Peeters cuts loose with the art. He’s already been immensely impressive in conveying alien landscapes, and here throws in some cerebral mind-expanding touches, stretching his visions over double page spreads. Aama’s capabilities back on Earth are akin to those of the superhero, and Peeters plays visually with this idea in tremendous fashion, extending the imagination applied to the remainder of the series.

The final scenes have a strange resonance when considered alongside Peeters’ previous Blue Pills, which featured his stepchild, born HIV positive. There’s a great symbolism in considering what a child absorbs from a parent, and how that’s then processed. We close on a child and infinite possibilities. That’s always the case, but here the possibilities require an upgraded definition of ‘infinite’.

Aama has been a wonderfully warped saga. Idea packed, with intelligent viewpoints to process and the space to convey them, it’s all too rare to come across a graphic novel with this scope and ambition. Anyone with the slightest interest in science fiction should take a look.