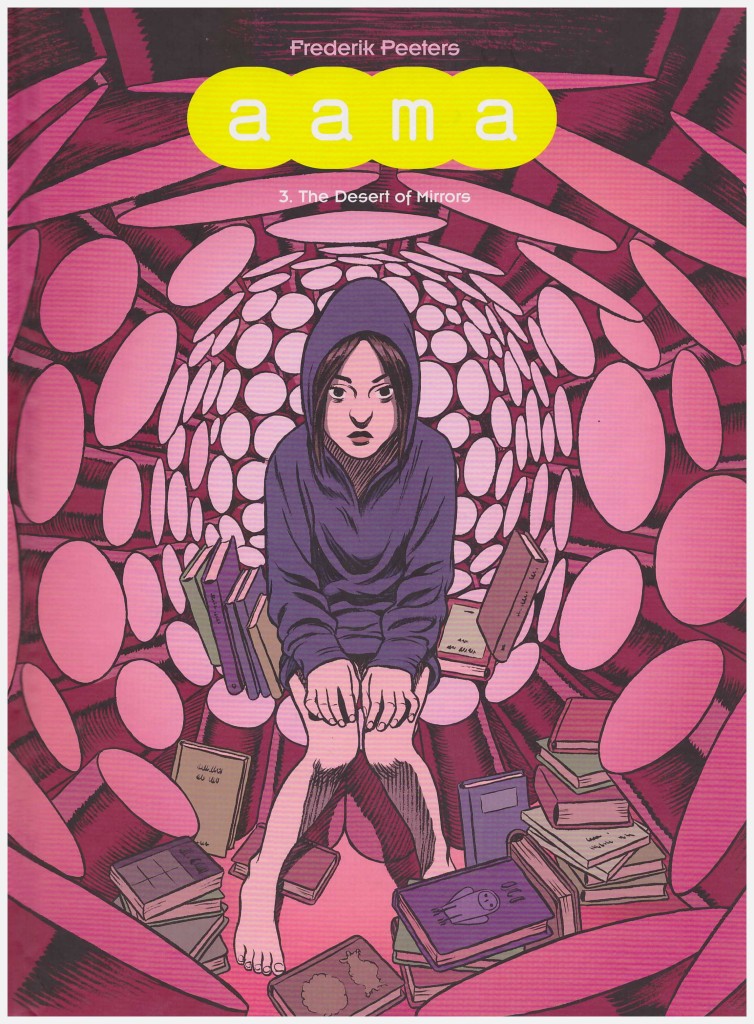 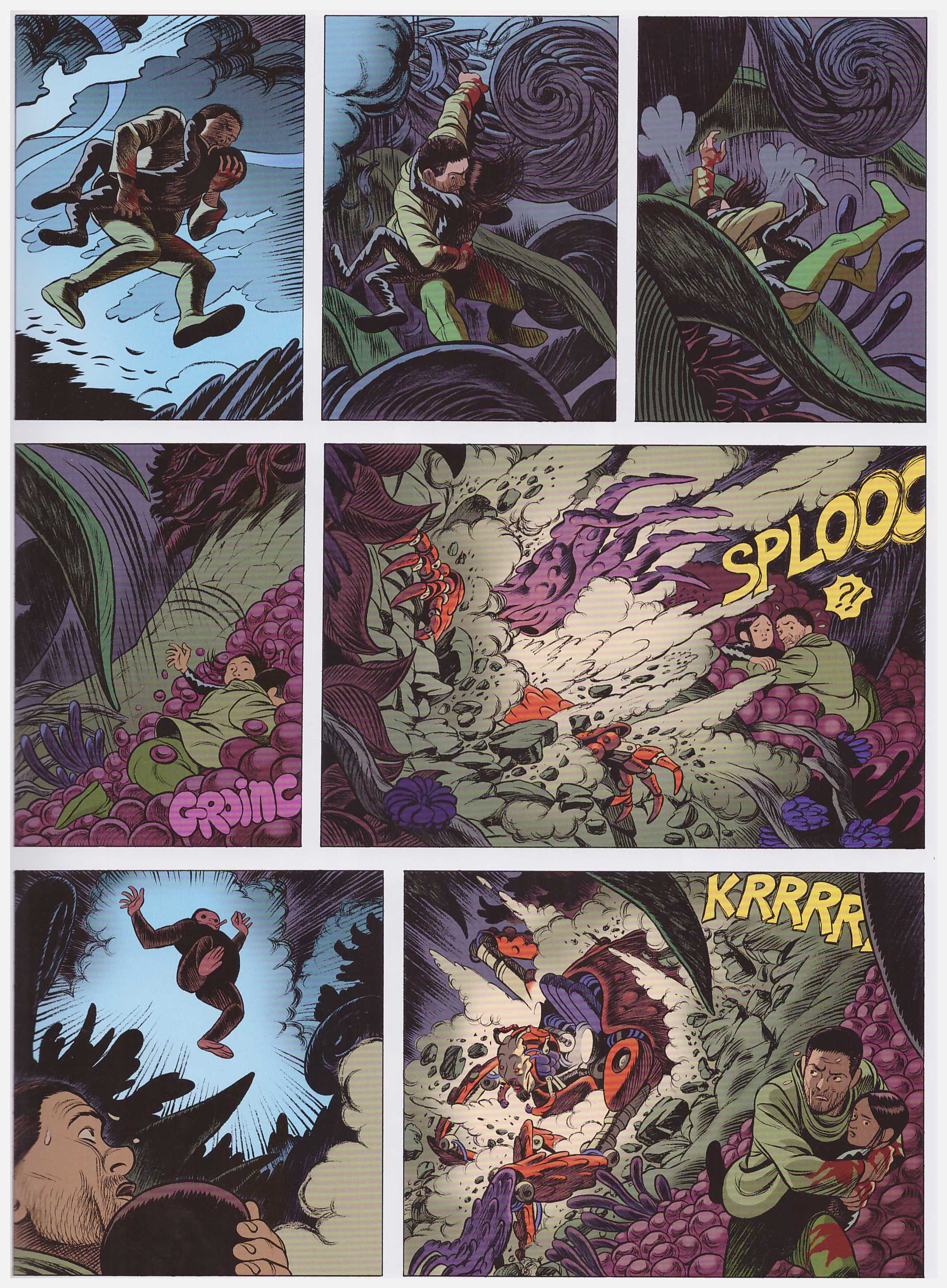 The start of this volume marks the halfway point of Frederik Peeters’ ambitious science fiction saga, and the point at which it won the Angoulême Comic Festival award as best series. The primary narrative concerns Verloc Nim and others making their way across what should be a planet hosting only the most basic forms of water based life in search of Aama. This is a corporate sponsored experiment to introduce a pico-robot collective as the planet’s dominant life form, then monitor it to see how it evolved. At the end of The Invisible Throng this appeared to have succeeded in horrific fashion. This is being related in hindsight, as an amnesiac Verloc reads through his diaries a few days later.

The opening pages are the nearest we’ve come to slam-bang science-fiction slaughter, and it’s horrific. Evolution has taken its course, and the results appall. That’s not the case for the evolution of the artwork, which has been stunning. Peeters began with a spartan rock-dominant landscape, and as the exploratory party nears their destination he supplies more and more imaginative backgrounds, both in the form of Al Williamson style lush plant life, and threatening robotics.

As the cast move deeper within alien forms, strange animal life accompanies the ever more impressive plants, and these generate significant insight into both the remaining cast and their personalities. Much about matters that appears to have been random now stands revealed as connected, and for the first time we see events not directly witnessed or experienced by Verloc. In narrative terms this is every bit as disorienting as what he does experience, as there’s seemingly no way he could have been recording these events in his diaries.

Much as the depth of the landscape increases, so does the depth of the plot. Salvation, both personal and general becomes an over-riding theme, yet one open to interpretation. Verloc has been considerably transformed since his introduction, and this process continues as elements that have sustained him in the present day are stripped away.

Peeters’ imagination is astonishing. This volume is the most hallucogenic of the series to date, yet in other ways the most straightforward. Queries about what constitutes life have been sidelined for the greater mystery of the ongoing plot, and stepping back it’s amazing to consider just what Peeters has pulled together for Aama. At its best science fiction both questions and answers, and Peeters draws his influence from the pre-cyberpunk era, ‘classic’ SF if you will. Several familiar elements are required to underpin the story – the megalopolis, the sinister corporation, the loser seeking redemption, the fear of unfettered science – yet these are only atmospheric touchstones, and Peeters weaves around them with considerable dexterity. The core of the series examines what makes us human, and considers if this can be duplicated or improved upon. The robot ape Churchill is an intriguing character, but it processes logic and claims creativity is beyond programming. Yet for all that at a pivotal moment he (and you have to think of Churchill as human) requires a cigar. It’s a fascinating touch.

Some matters have been explained by the final pages, but more remains to be addressed. Aama concludes with You Will Be Glorious, My Daughter.