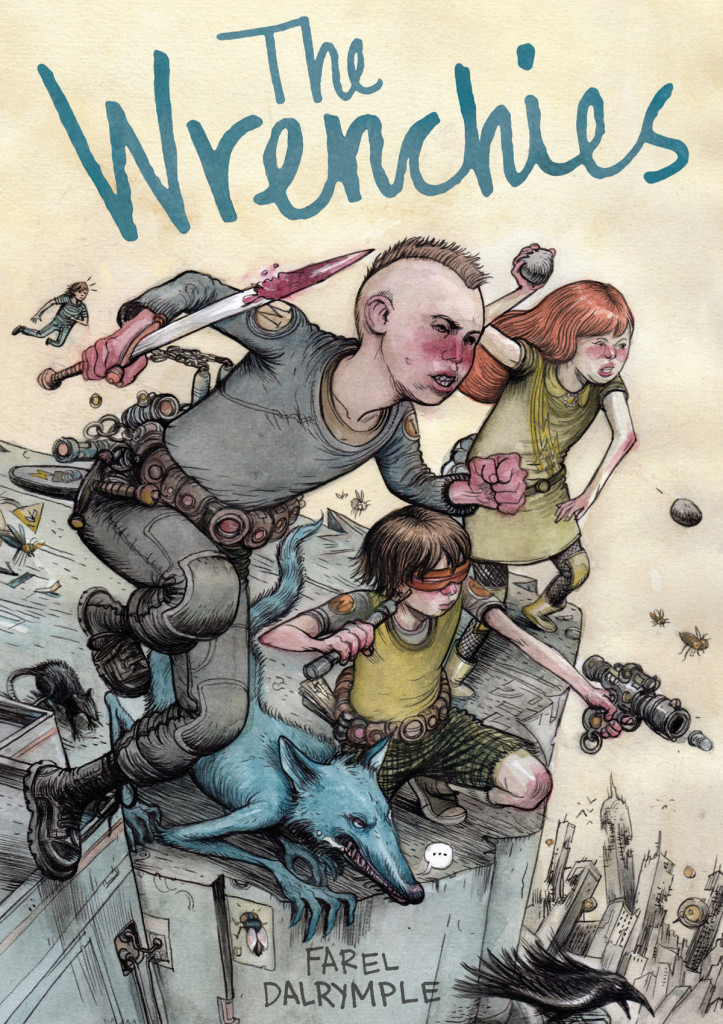 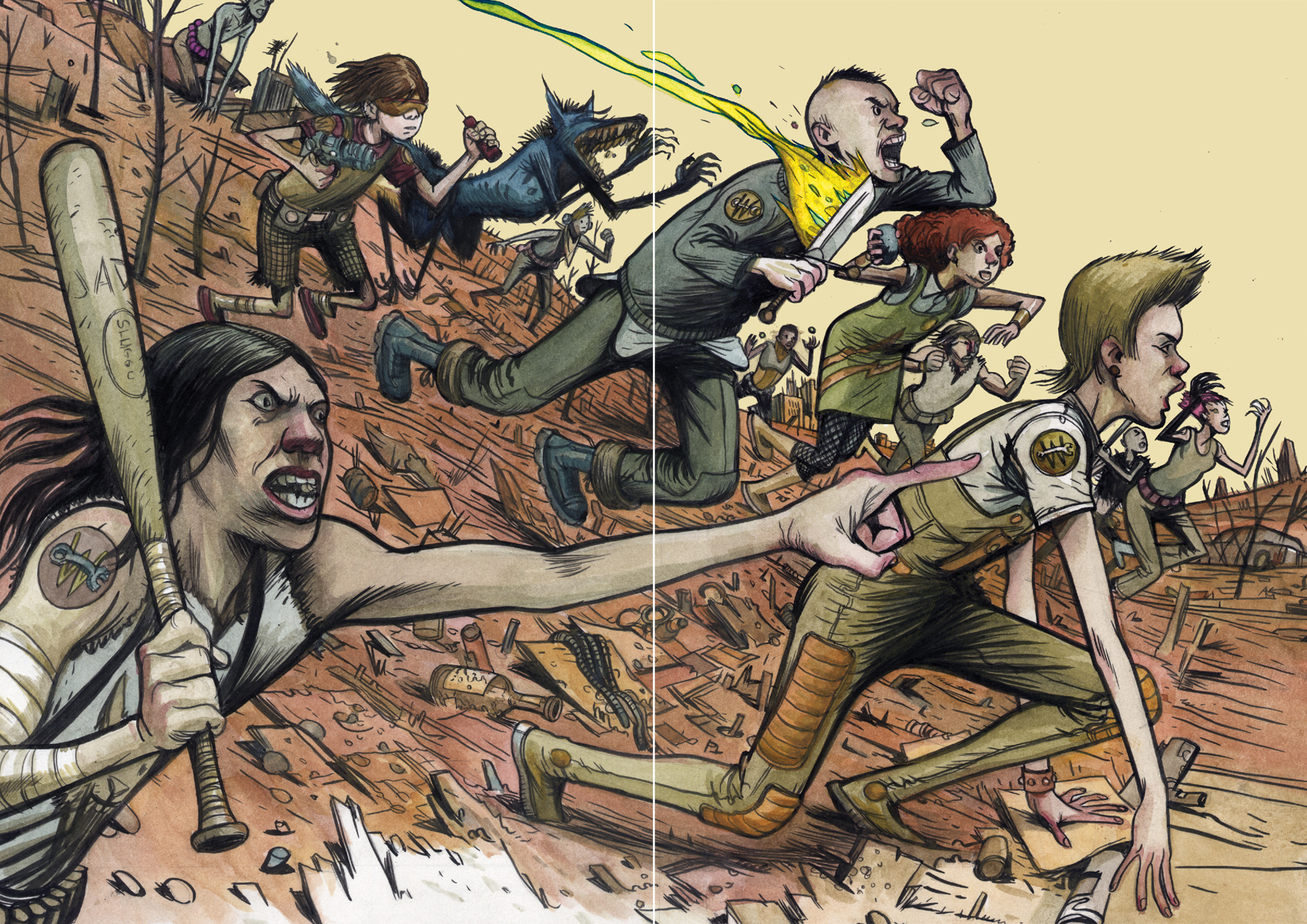 The Wrenchies is that rare work that startles as it enthralls, drawing the reader into a world from which one would normally scream to escape if it wasn’t so fascinating even as it drowned you in images and situations so bizarre and disorientating that you sit mesmerized, dreaming another’s dream, never wanting to awaken from the dreaded and invasive skull-guest.

Opening Farel Dalrymple’s three hundred-page graphic novel is like stumbling onto a viewing of Zardoz at two in the morning, or watching Fantastic Planet for the first time without any prep whatsoever. It’s a savage, mind-bending trip through a hand-painted watercolour world of death, magic, sacrifice, mystery, demons and comics, that rewards multiple readings.

Sherwood and Orson are young brothers who stumble across a hidden cave in the woods. No sooner do they step inside, they are attacked by a Shadowman, a possessing demon dressed in a shirt and tie, and sporting a fedora, in a sequence that terrifies for both its sudden and unexpected violence as well as its sense of spiritual mystery. From there the plot revolves around a group of children who call themselves “The Wrenchies”, battling the Shadowmen in their bleak and profane world. They are also the subject of a comic of the same name that seems to chronicle their adventures even as they live them. Then, one day, a boy named Hollis, falls into their world along with a copy of “The Wrenchies”, and things just get even stranger.

The Wrenchies has a somewhat picaresque structure, meaning it appears to meander from adventure to adventure, in this case, through parallel times and places. Some readers may find it disjointed or confusing. The artwork is utterly compelling, its bleeding colours perfectly matching the tone and atmosphere of the story. The characters are as interesting and varied as any gang of waifs sketched by Dickens. It’s what The Lord of the Flies might have been had the children banded together to fight the Beast, and not each other. It’s best not to bring any expectations to The Wrenchies. It will take you where it wants you to go, regardless, not where you want it to go. That’s all right. This is rare storytelling you may want to return to again and again!