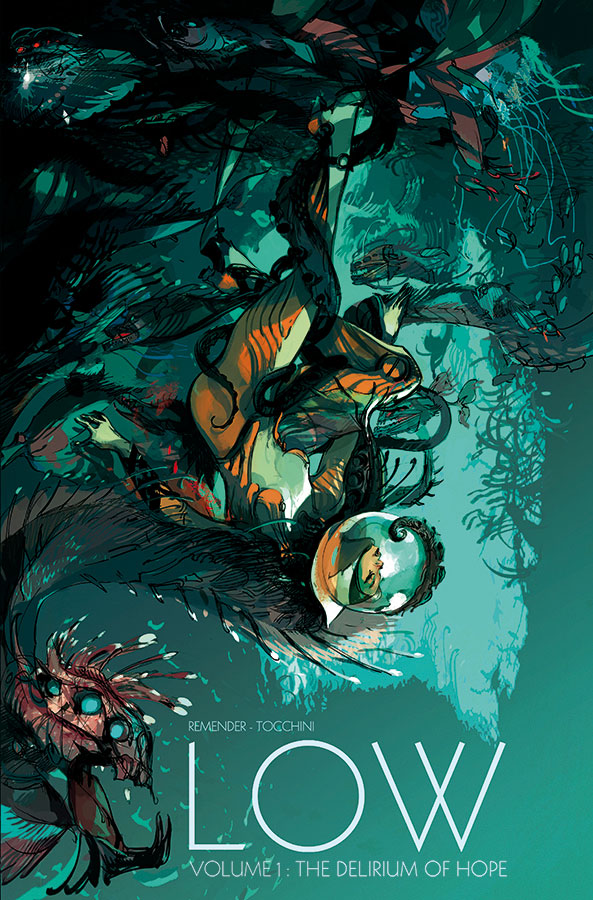 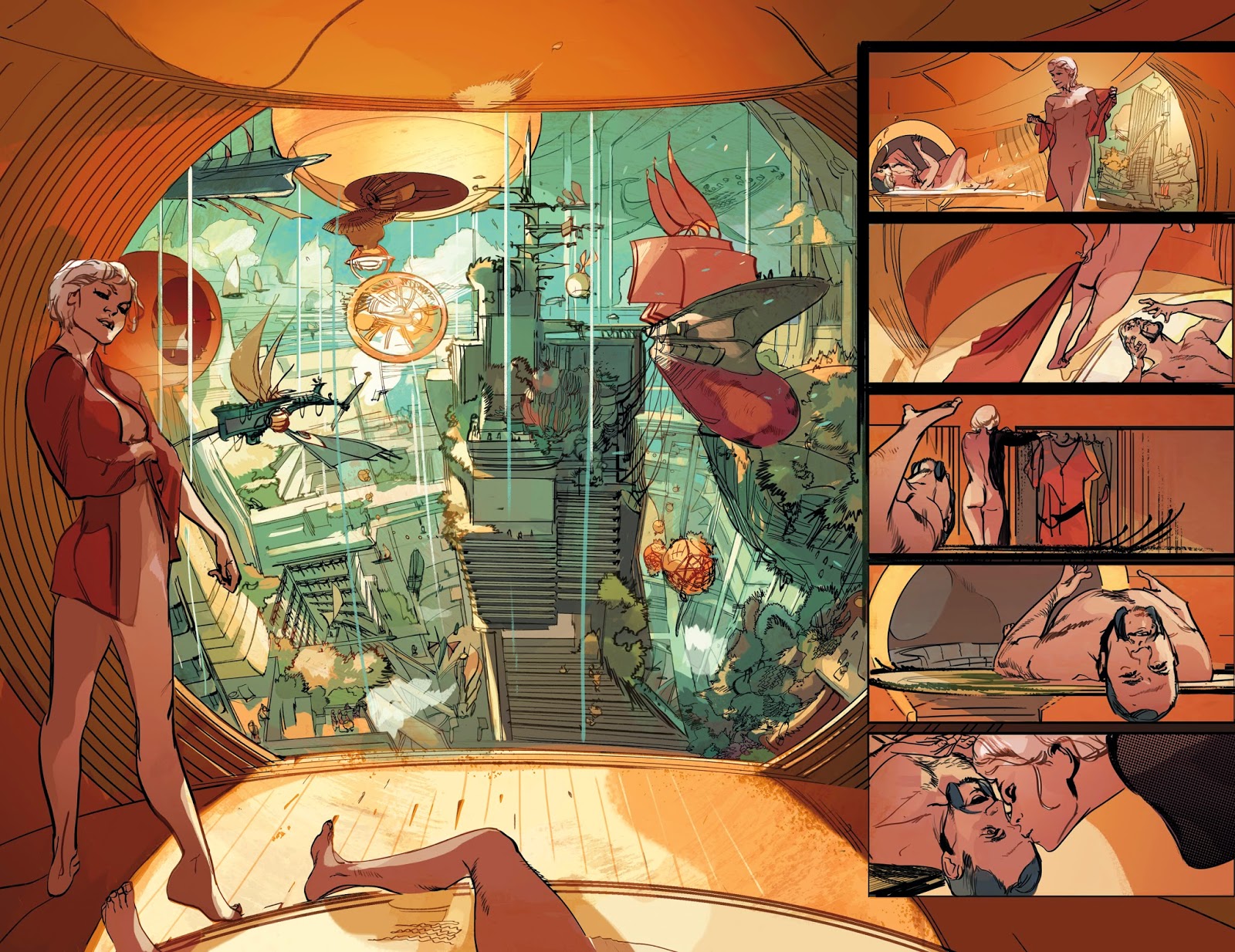 No one said life was going to be easy.

Readers already familiar with Rick Remender’s writing already know his stories and characters tend to dwell on the darker aspects of life. Although never morose, Remender’s writing definitely lacks sentimentality; endings are hard won, but they are not necessarily what Hollywood would ever deem as “happy”. As it turns out, readers aren’t the only ones to have noticed this trend. Remender has acknowledged it as well, and Low is his attempt at taking a more positive direction

Meet Stel, eternal optimist and acolyte of Quantumology, the belief that reality is a projection of our inner states; that which we believe we deserve. If we despair, we close the doors on our own liberation.  If we hope, we can will ourselves a better outcome. Put simply, our realities don’t exist without our permission. For Stel, this means there is always hope, even if she’s the only one who believes it, which is generally the case. For Remender, this offers an opportunity to put his characters through the gauntlet.

Together with artist Greg Tocchini, Remender wastes no time bringing tragedy to Stel’s life. Happiness is quickly dispelled by the harsh and violent reality of life after humanity was forced to live in cities at the bottom of the ocean to escape the heat of an ever expanding sun. Remender delights in showing people at their best and worst, serving up doses of his patented political commentary and social satire along the way. It’s just the kind of bleak outlook you’d expect from this writer.

Hope, however, manifests itself, in the return of a space probe that has crash landed on the scorched surface: An inhabitable planet has been found! It is now up to Stel to dispense the despair that has brought her low, to rise to the surface and bring back the co-ordinates of their potentially new Earth.

Low is both a geographical place and state of mind. This comic is as much about rising above the depths of despair as it is about rising from the depths of humanities’ ocean city prisons. The metaphor may be obvious, but it is no less apropos, and Remender and Tocchini make it work to their advantage. Although Tocchini’s art sometimes requires a longer look to get his storytelling, it is, overall, enrapturing in its depiction of life in the Mariana trench, equal parts Jacques Cousteau and Fellini. All beautiful.

Unlike Black Science, which moves at the speed of inter-dimensional light, Low adapts a measured pace and requires two or three chapters to really get rolling. Remender always allows time for characters to reflect and battle their various emotional turmoils as well as each other. Doubt is seeded deep by tragedy, cruelty and hardship, and only someone of indomitable spirit, like Stel, can keep those around her focused on a future that is worth fighting for.

Low combines beauty, serenity, violence and terror in a comic that is melodic, exciting, unsentimental, philosophical and compulsively readable.