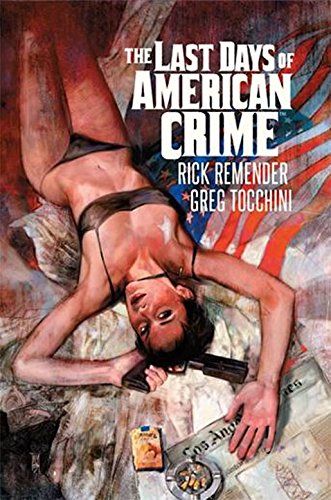 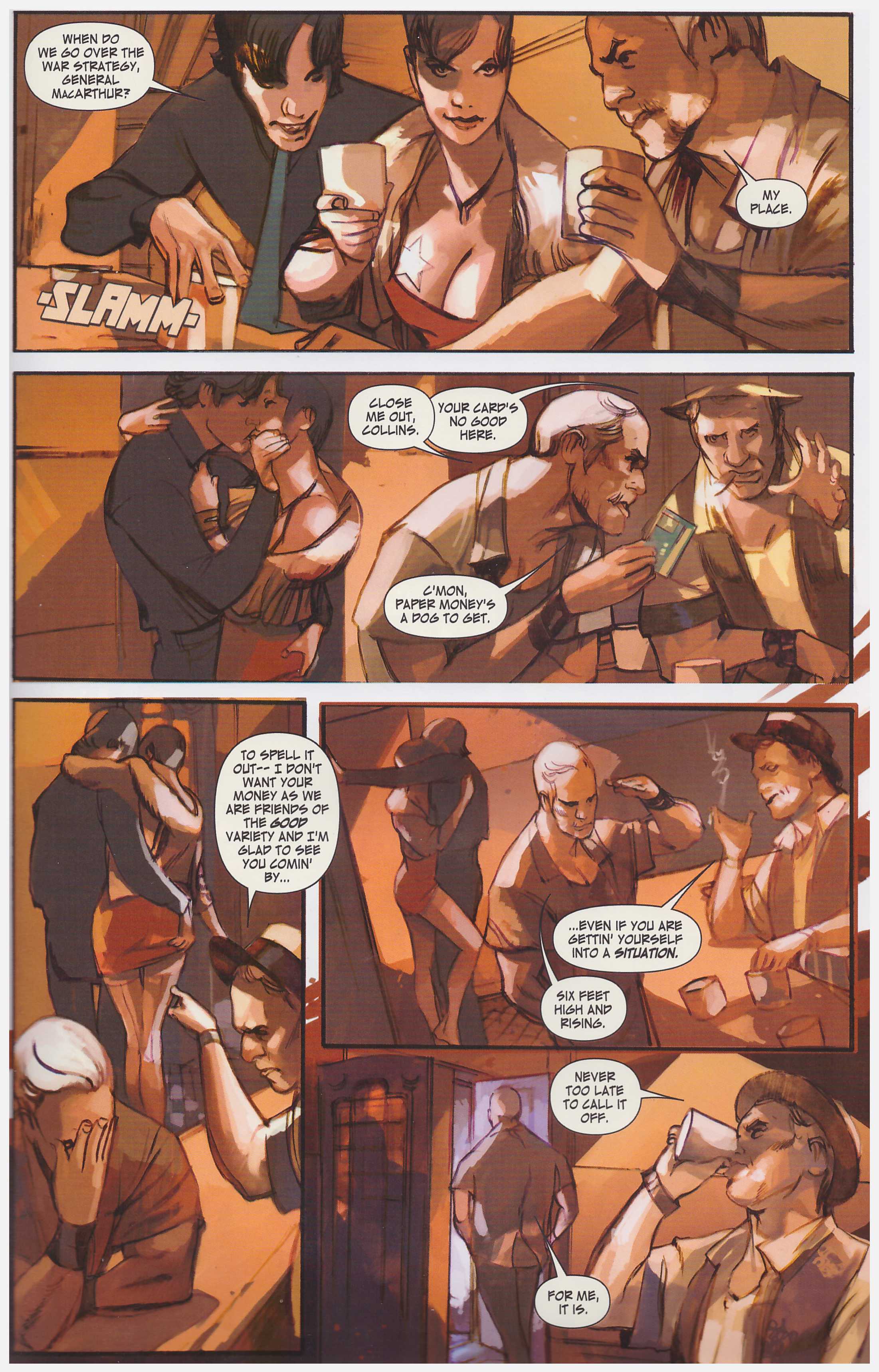 Rick Remender has come up with a neat hook to hang his crime caper on, and it’s there in the terrific title. In the face of considerable public protest the US government is set to activate a form of electronic signal specifically devised to mess with minds. Once it’s broadcast no-one will be able to indulge in what they know to be criminal activity.

One week before this occurs Graham Bricke is a security guard in an organisation central to the increasing use of electronic currency transfers, and he has a plan…

Like all good crime noir stories, Remender establishes his cast well, throws in the clues subtly, and at the conclusion makes good use of the scenario he’s established. Elements of his plot that appear to have one purpose are actually extremely well worked in to serve another. Bricke is no criminal mastermind, but he’s adaptable enough to work with what he’s got, as are Shelby and Kevin, the two associates he brings on board. This is after a previous affiliation ended disastrously, but not before prompting other consequences. These, though, segue together extremely tightly, and if there are the occasional misfires of unconvincing dialogue, they don’t intrude too often.

There is, however, a big problem. Greg Tocchini is a decent artist. He characterises his cast, and his layouts are dynamic, to begin with at least. What he isn’t is a colourist. The Last Days of American Crime looks ugly, and this is because Tocchini has overlaid his pages with limited shades of the same colour ensuring depth is diminished, and has really gone to town with the light effects. People are splodged with white patches that resemble the results of skin bleaching rather than any light source, and, unusually for a crime story, the pages are saturated in light. Less would have been a whole lot more. This is further compounded by the quality of the art deteriorating as the book progresses, and by the final pages Tocchini has dropped any kind of storytelling ambition.

Over the course of the book we learn the back stories of the three prominent cast members, but are they all telling the truth? What we see and hear and what occurs between the panels is a point to bear in mind as Remender is very much playing with the toys of the form. Don’t look to this for political correctness, for instance. It’s also beholden to mention that this is possibly the most graphically extreme crime graphic novel to emerge from a large publisher. Locating a sample page without swearing, sex or excessive violence wasn’t easy, so the prudish should stay well away. As mentioned, Shelby uses what she’s got, and uses it frequently. So do the guys, except they have a variety of guns and other weapons at their disposal, resulting in some blood-saturated pages.

A character who doesn’t have a large part to play claims “The difference between me and most? I accept this reality. I know I’m a bad guy.” It could be a mantra for almost every member of the cast, except badness is graduated.

This was first issued by Radical Publishing as a standard paperback, but the current Image reprint is an oversized hardcover. It doesn’t do Tocchini any favours.