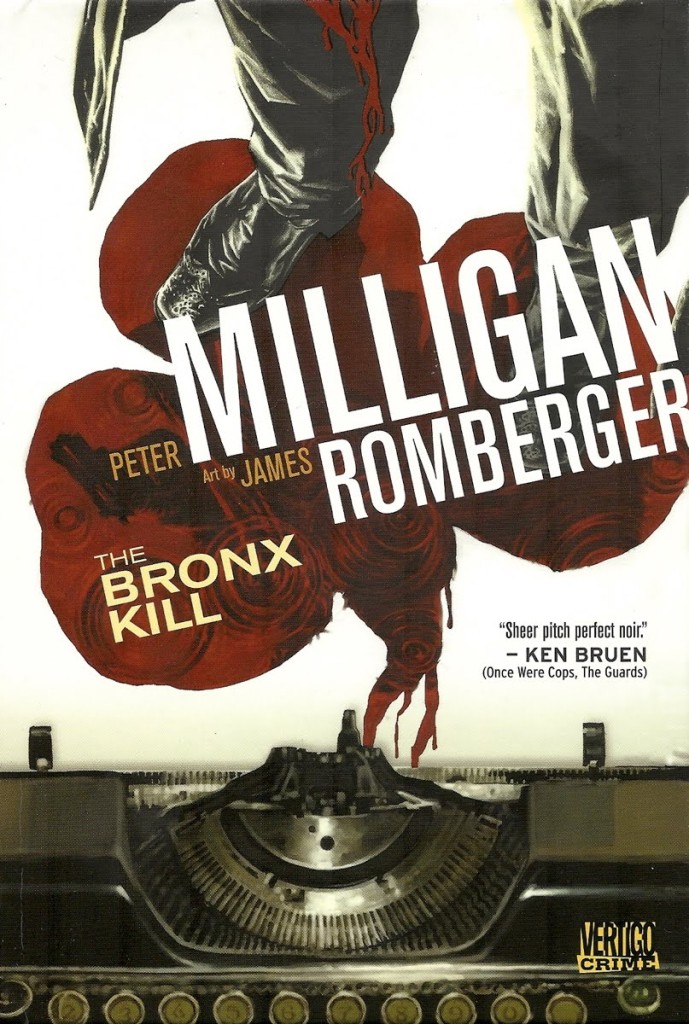 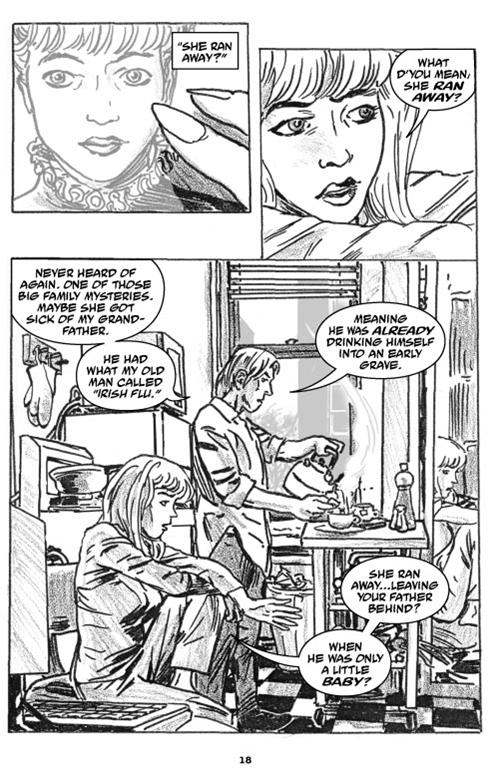 Martin Keane is a writer. His father was a cop, as was his grandfather and his great grandfather, who was mysteriously murdered decades ago in a place with an ominous name: the Bronx Kill.

Peter Milligan’s name is more associated with weird fantasy and punkish attitude than with crime stories. With The Bronx Kill, he proves he can write damaged characters in the real world (if New York can be called the “real world”, for all the stories set there). In the grand noir tradition, all characters here are damaged one way or another. Martin has done his best to flee his family history, whereas his father wanted him to follow in his footsteps, straining their relationship almost to breaking point; Martin has also seen his second novel crash and burn, even his partner Erin seemingly unable to help him overcome that. Lurking in the shadows of the family history is the aforementioned murder and the equally unsolved disappearance of the wife of the murdered man. Then Erin disappears and Martin’s world completely breaks down.

The bleakness of the situation is well served by James Romberger’s art, the artist being adept at depicting ugly mugs and grim landscapes. His full use of greyscale adds a lot of atmosphere to the pages, while his solid and varied layouts raise the level of skill displayed above average.

Milligan is also known for his fondness for literary devices, such as the unnamed narrator in Enigma. This time, the reader is treated to excerpts from Martin’s in progress novel, his writing rekindling his interest in his ancestors’ history as he uses his Irish roots to create a dark tale of family dysfunction. Milligan uses these excerpts as chapter breaks, insights into Martin’s thoughts and even as a way of manipulating the reader. A scene where a character is about to see a dead body in a morgue, for example, is cut as the reader turns the page into another book excerpt. Depending on the reader’s tastes, it might be seen as a show-off or as a meta-commentary on the depiction of violence.

What is sure is that The Bronx Kill falls squarely within in the tradition of the narrative driven by the sins of the forefathers. It won’t be a spoiler for any reader of fiction to say that Erin’s disappearance is linked to the sordid murder of a man on the bank of a New York strait, a long time ago, for reasons as murky as the river’s waters. While not a game changer, this graphic novel is a very well-crafted tale that crime story buffs should enjoy.