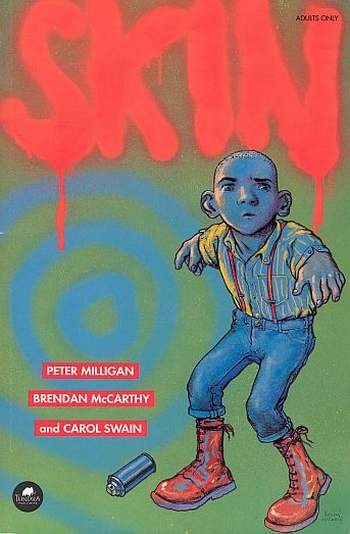 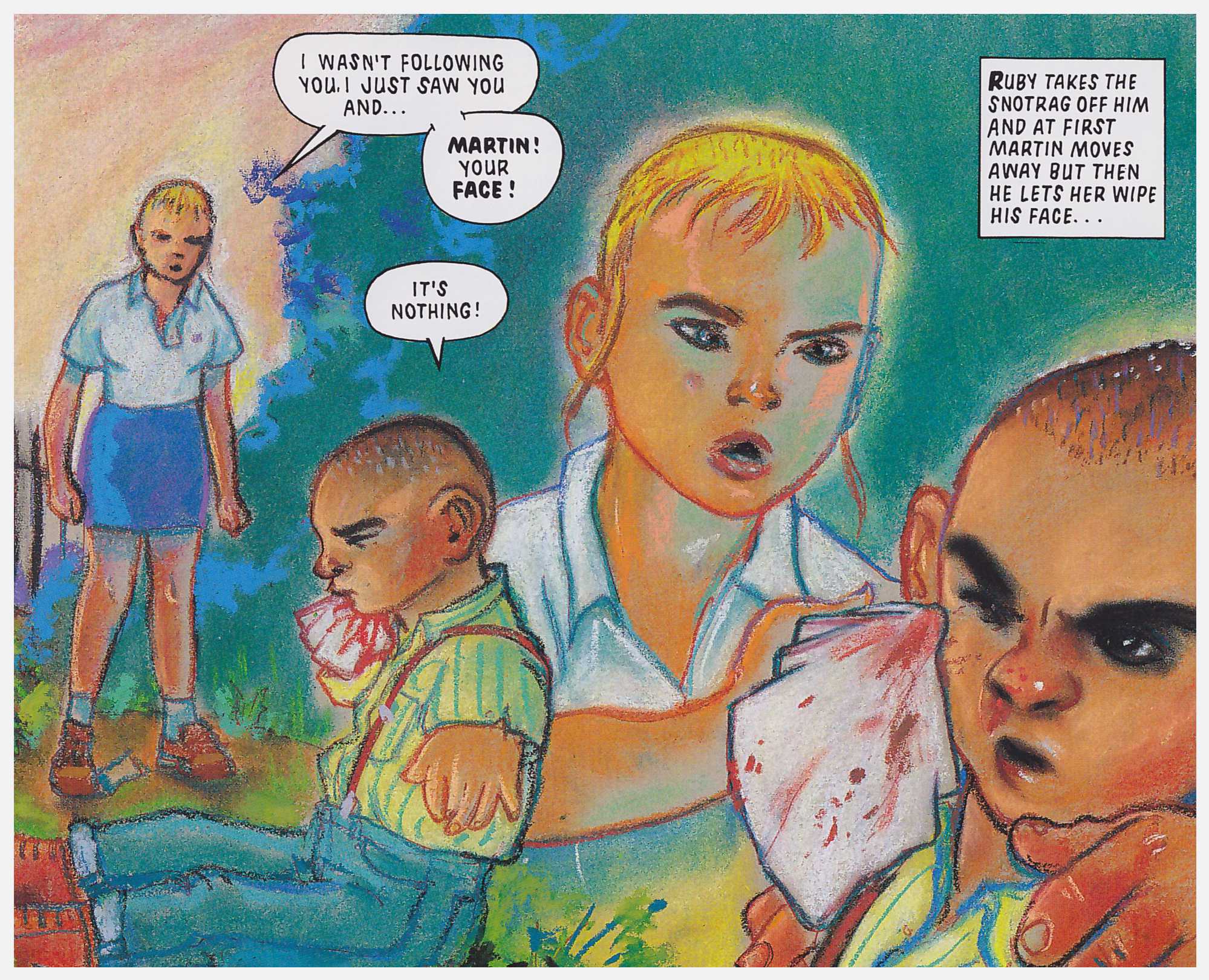 Originally prepared for Fleetway’s Crisis magazine, Skin was first pulled when the printers Fleetway used at the time refused to process the material, considering it offensive. The irony of this when related to the inflammatory content of newspapers they dealt with every day seemingly escaped them. Fleetway shamefully backed down instead of supporting their creators.

The story of a thalidomide skinhead was bound to court controversy, but few complaining looked beyond the concept. Skin is set in early 1970s London when skinheads were a youth culture, long before they became synonymous with right wing intimidation and violence. The look was adopted for a time by artist Brendan McCarthy, and lead character Martin Atchet is based on a casual acquaintance of his. McCarthy’s musing on what life must be like for someone unable to button their own shirt eventually became Skin.

McCarthy shies away from traditional comic panels, providing collages over which the anonymous narrator delivers Atchet’s story, and Carol Swain provides stunning pastel, and possibly chalk colour. Skin looks like no graphic novel before or since. Peter Milligan’s distinctive narrative is redolent with the phrases of location and era (snotrag, kinada, johnnies). There are no softening curves to Atchet. He’s raw, embittered and violent and lacks the fictional tradition of any heroic coping mechanism to overcome his disability and mesh into society. He watches the skinheads he hangs around with have a life he‘s denied, while rejecting any friendship as pity. A seething barrel of resentment, when he learns more about the origins of his condition his compulsion has an inevitable consequence.

Decades on Skin remains the powerful and disturbing work it was designed to be. Atchet is a deliberately repellent character, but on the scale of offensiveness he’s several fathoms below German company Chemie Grünenthal who manufactured and marketed the thalidomide drug, aggressively attacked any suggestion of blame, and spent many years in court delaying compensation claims.

Skin disappeared with the demise of Tundra, brave enough to undertake the initial publication, and was long out of print, but can now be found as part of the Dark Horse volume The Best of Milligan and McCarthy.