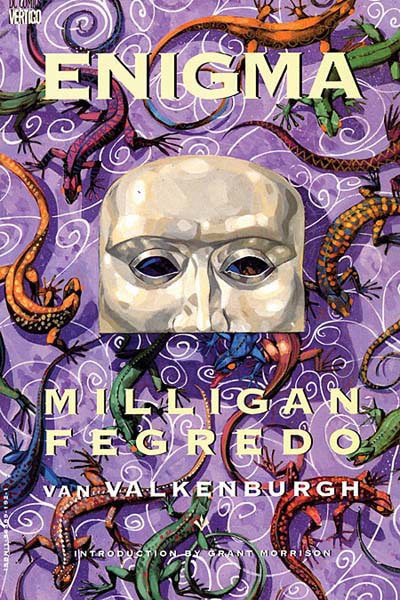 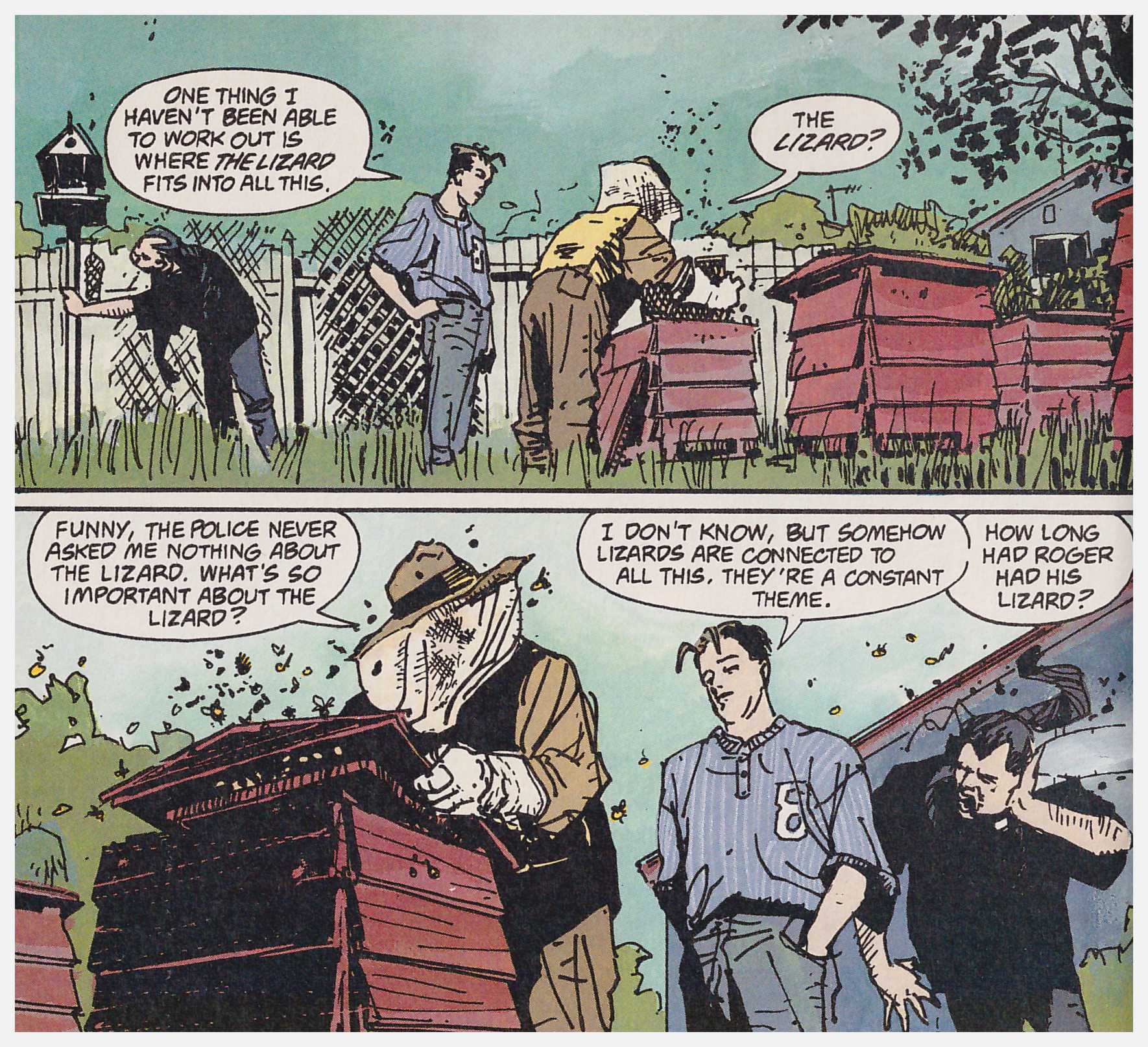 No writer working in mainstream comics during the 1990s could challenge an on form Peter Milligan. He brought a knowing and erudite accumulation of popular culture and literary appreciation, and an often concealed sense of humour to almost every title he handled. He’s also a rarity in being far superior when conceiving and following through his own projects, tending to quickly lose interest when handling other people’s characters, and has no fear of tackling topics likely to engender controversy (see Skin). Admirably, the hallmark of political correctness is of no concern in tempering his ideas. This, naturally, leads to some controversy, in the case of Enigma from his handling of the homosexual propensities or otherwise of his lead character Michael Smith.

Michael Smith orders his life to such an extent it’s stultifying, but he’s transformed by a near-death experience during which he glimpses the Enigma, the hero of a fondly recalled comic from childhood. Villains from the comic appear to terrorise reality, and Michael locates the writer of The Enigma, who can make no further sense of events than he. The most persistent and troublesome of the comic villains is the Truth, and the key to the entire series, although seemingly a throwaway line in the third chapter, is when the comic’s writer says, “I always figured The Enigma would have trouble with The Truth”. Smith somehow feels drawn into and connected with the events playing themselves out, and indeed he is, although exactly how is a mystery only resolved at the death.

Enigma also charts the artistic growth of Duncan Fegredo. His first major work in pen and ink, it begins in a somewhat cluttered and scratchy fashion, hiding a lack of confidence previously secreted behind painted pages under a multitude of lines. By the concluding chapters he’s confident enough to dispense with superfluous embellishments. Fegredo is an expressive artist who’s a natural at conveying emotion and movement, and is ideal for the heady brew on offer. The final touch elevating Enigma to greatness is the cynical voice whose captions tell the entire story. Consistently transcending standard comic captions, they offer an extra layer of commentary, providing a fully rounded graphic novel. The identity of the narrator is unknown until the final pages and will surprise every reader. Intelligent, seductive and compelling, Enigma is a must read for anyone drawn to adult-oriented comics. 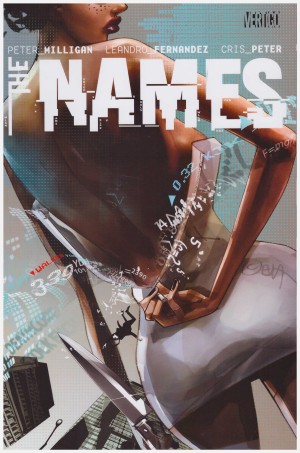