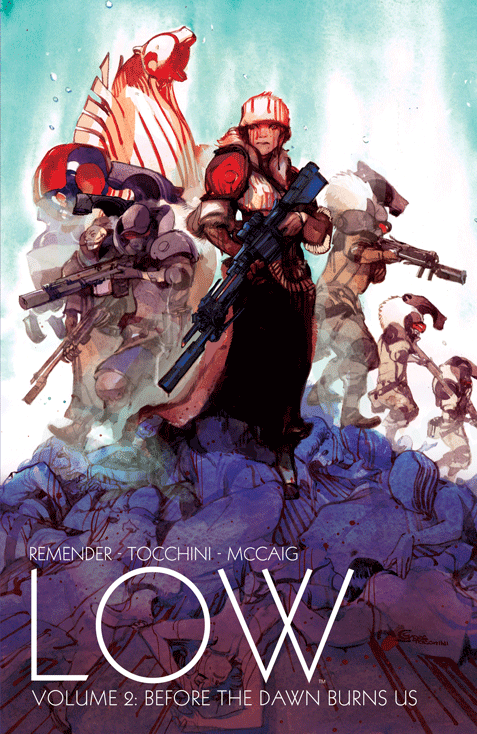 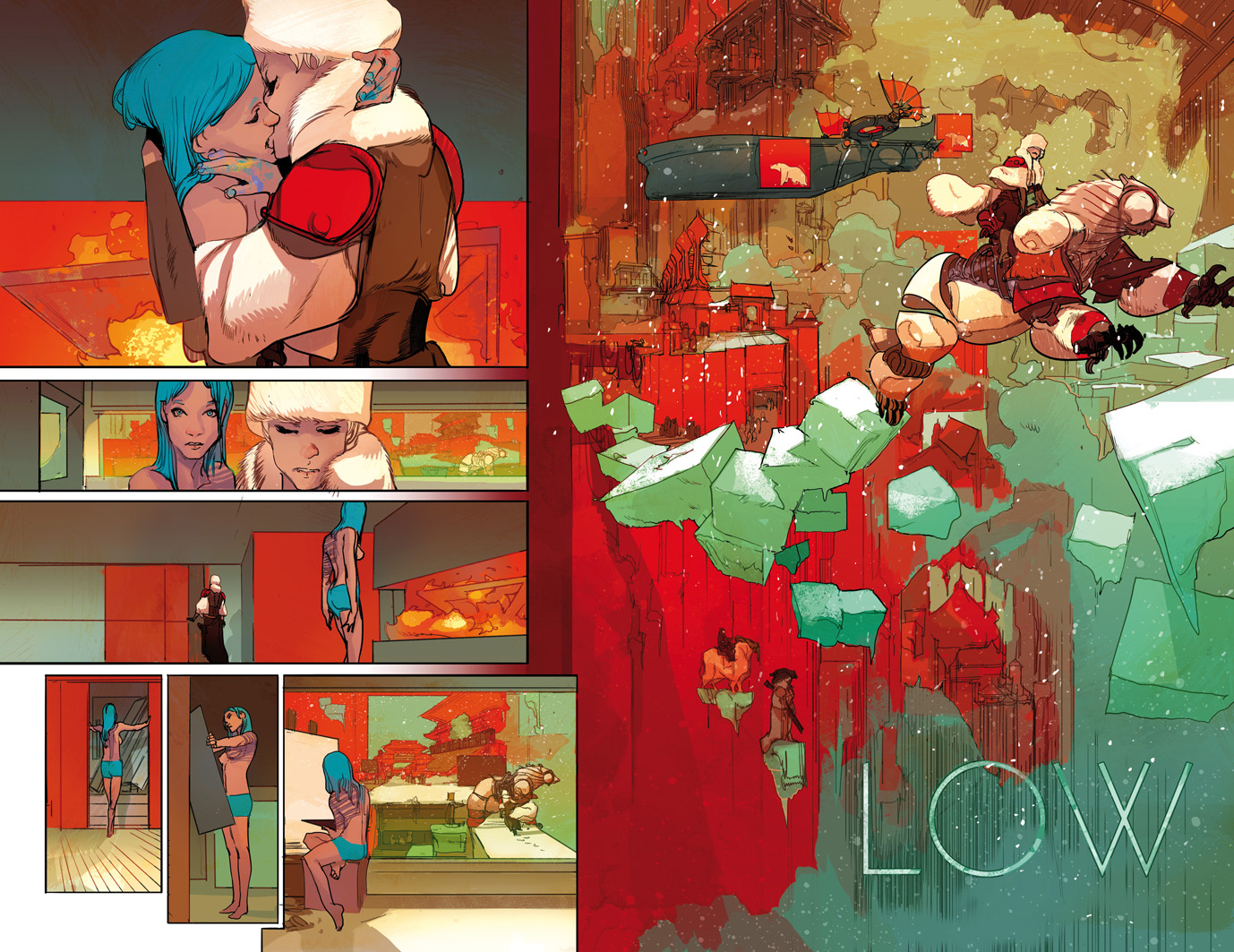 Before the Dawn Burns Us continues the narrative of Stel Caine as she relentlessly clings to the hope of finding deliverance from a dying planet. Following the shocking conclusion of The Delerium of Hope, we are introduced (on the very first page!) to Stel’s second missing daughter, Della, now the Minister of Thought in a Tsarist and Orwellian city where Hope is punishable by death (That would be page two—no big spoiler. We knew she had to turn up somewhere crazy bad!).

Writer Rick Remender and artist, Greg Tocchini continue to heap indignities and trials on Stel’s head as she makes unexpected enemies and friends on her way to the scorched surface of earth, where no human has set foot in a thousand years. She’s trying to recover a crashed space probe that carries the coordinates to a habitable world. Revelations unite and divide the characters in their task, as danger once again closes in from all sides. Humanity has indeed sunken low, but Stel will do everything in her power to remain positive that they can rise again.

Tocchini’s transcendent art thrills in its depictions of both lithe beauty and rage-filled violence. Imagery of heaven co-exists beside imagery of hell in Low’s fantastical undersea world of constant intrigue and danger.

Before the Dawn Burns Us raises the stakes and reveals characters who are more complex than first imagined. The only downside is the slimness of the volume, this slender collection incorporating only four chapters. What the book lacks in girth, it makes up for in a story filled with reunions, revenge, escape and rescue, so exciting it will leave you breathlessly waiting for more. Shore of the Dying Light is scheduled for late 2016.