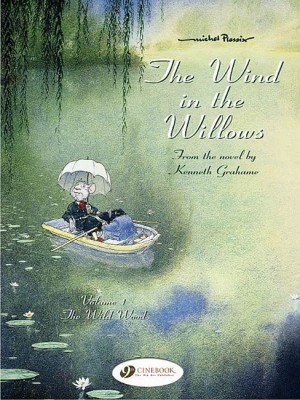 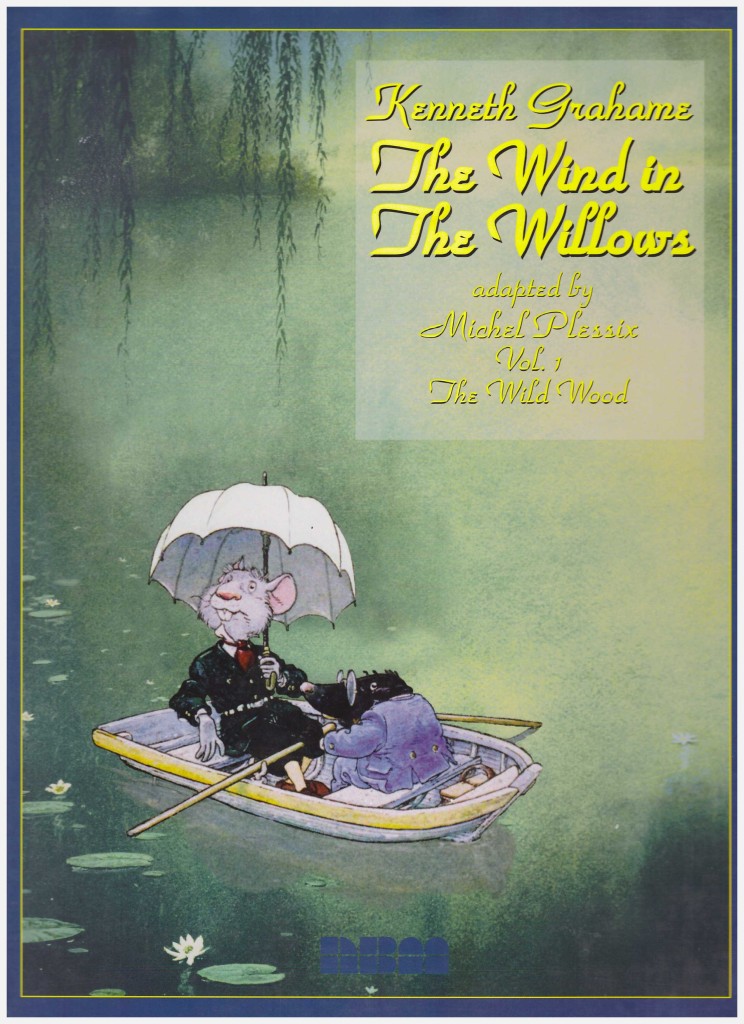 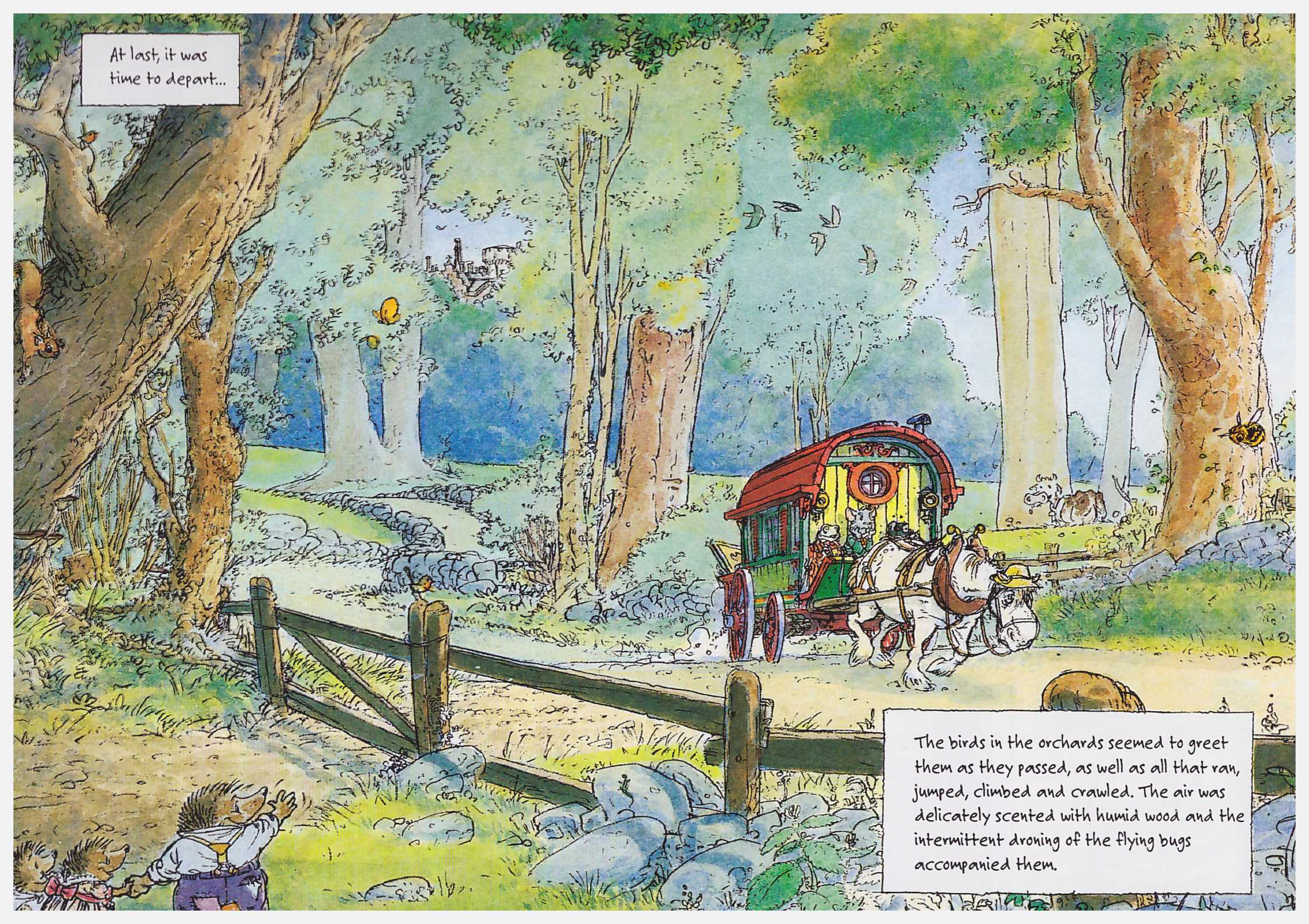 It’s interesting that a novel so strongly rooted in English pastoral fantasy struck such a chord with French comics creator Michel Plessix that he produced a loving adaptation stretched over four volumes.

The first aspect that strikes is how thoroughly decorative the book is. It’s really beautiful to look at, loyal to Kenneth Grahame’s novel in depicting a resplendent idealised scenery through which Mole, Rat and Toad wander. The use of a vast palette subtly employed creates a series of memorable bucolic images, yet Plessix also convincingly transforms the landscape into sinister surroundings for a well rendered ‘Wild Wood’ sequence. The cast are forever dwarfed by their surroundings, the countryside an equal protagonist.

Plessix takes some liberties with the depictions of the main characters, deviating from Grahame’s descriptions, but that’s a matter of artistic licence. Creating a picture in the reader’s head is one talent, but bringing that picture to life requires a different approach. Similarly, it’s not possible to cram all of Grahame’s dialogue into a conventional word balloon, and Plessix took the decision to provide approximations. He also has a poetic flow, and the translators of both the current Cinebook editions and those previously published by NBM preserve this.

Toad is very much the primary character, as despite lingering sequences on others, he prompts most of the action. He’s a satirical portrait of the vacuous landed English gentry, first introduced via anecdote, then in person. The serenity of a journey in his splendid horse drawn caravan is interrupted by a loud passing car sowing discord, but an enraptured Toad has discovered the source of his future obsession and woes. Elsewhere Rat and Mole idle away their days in sumptuous natural surroundings, appreciating the bounty of nature.

These hardbound collections are nicely produced, but there may be a feeling that 32 story pages per book doesn’t offer great value for money. Whether or not that’s your view depends on an acceptance of quality over quantity. The one collected edition from Papercutz (2008) is an entirely unsatisfactory digest publication. All four volumes were published in the 1990s by NBM and re-issued in 2005 by Cinebook. Both editions have elements to recommend them. The NBM printings have a dust jacket covering a clothbound cover with a debossed title, and the lower case hand-lettering used throughout is preferable to Cinebook’s computer fonts. On the other hand the colours are more vivid in the Cinebook edition and they’ve taken the trouble to replace French sound effect lettering, strange to the English language, with English equivalents. The translations differ, but are equally acceptable, with the exception of the third book.

The next volume is subtitled Badger, Toad and the Motorcar for the 2005 Cinebook edition, but was plain Mr Toad for NBM. 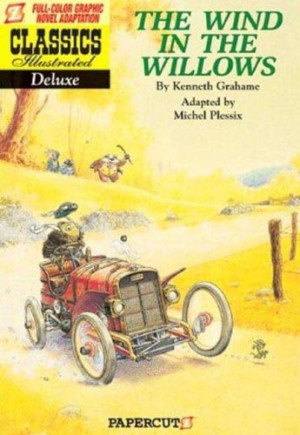