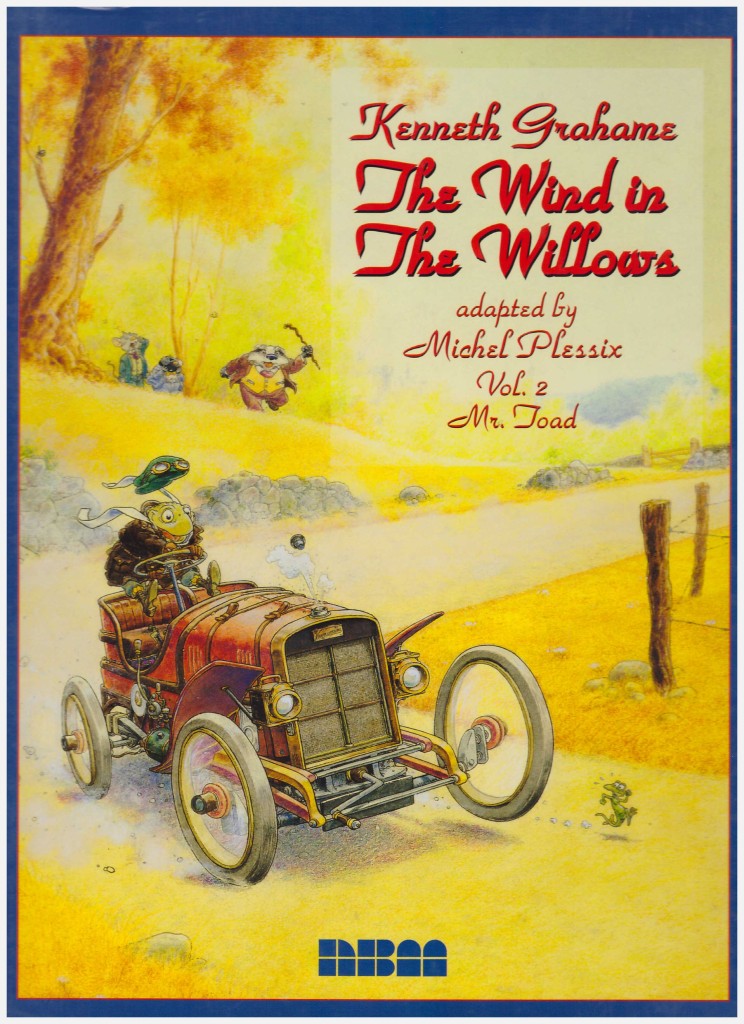 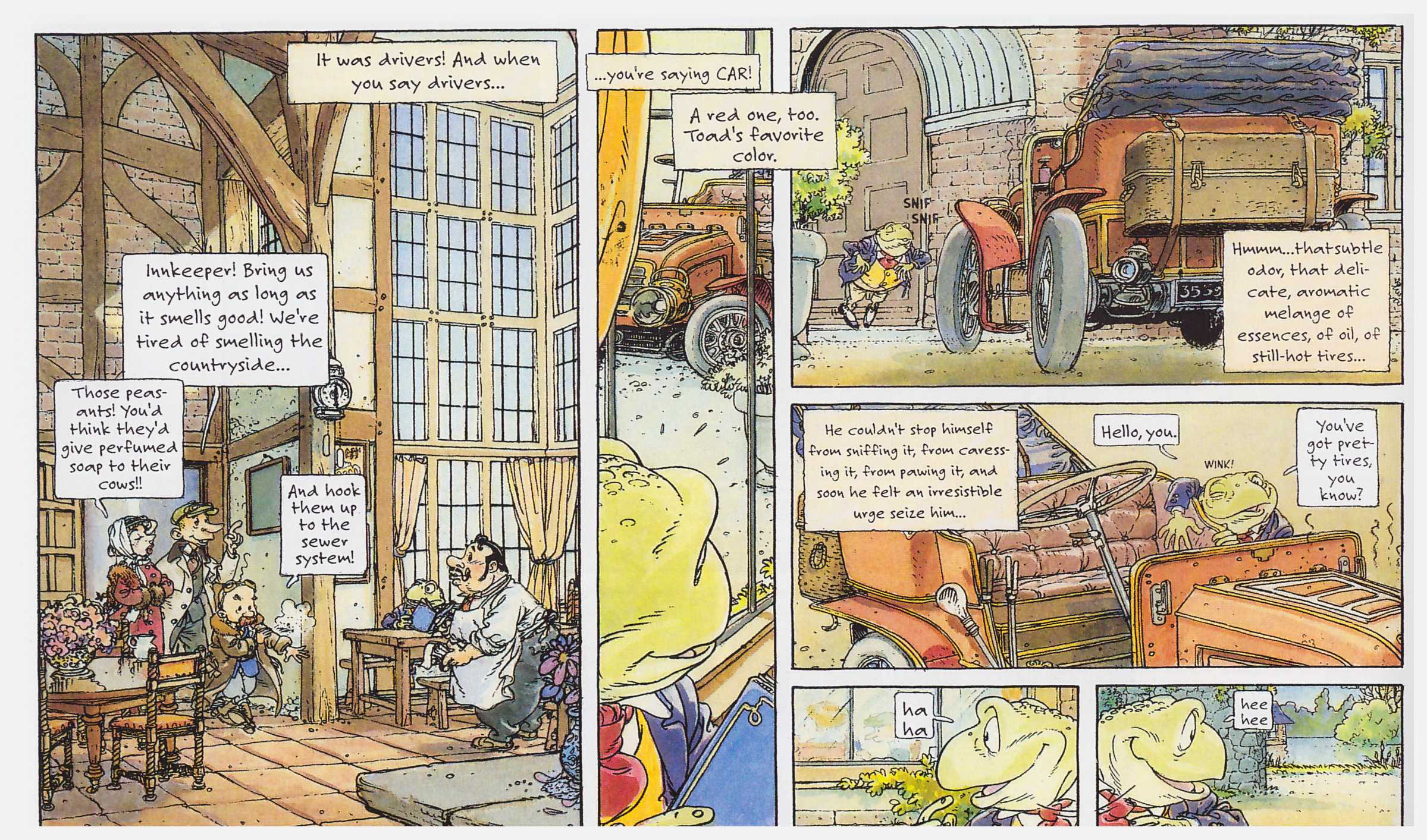 Adapting from novel to graphic novel requires alterations. A picture paints a thousand words, and a thousand words make for dull reading within word balloons. Throughout these four volumes Michel Plessix has fine-tuned what’s required to transfer Kenneth Grahame’s novel while maintaining a reverence for the original text.

When Grahame wrote his novel in 1908 the then relatively rare sight of a noisy fast car was an unwelcome intrusion into the countryside he loved, but an exciting device that appealed to his son, whose youthful impetuosity fed into Toad’s character. While he desires a car, Toad is unable to control it efficiently, serving as a metaphor for much of his life. Plessix, loyal to Grahame’s original text, delivers Toad’s continuing danger to himself and others while motoring as explained in conversations between Badger, Rat and Mole. The faithfulness to Grahame’s descriptions extends to showing Toad take a car, then cutting directly to the consequences, when an option might have been a bridging sequence. In addition to being a paean to the landscape, The Wind in the Willows is also a morality play, and Toad’s succumbing to his desires results in savage reprimand and punishment.

The volume is better titled as Badger, Toad and the Motorcar by Cinebook than plain Mr Toad as when published by NBM as Toad is only the focus of the final chapter. Before then we first meet Badger, characterised as a knowing, protective, wise and avuncular, and somewhat more genial than he comes across in Grahame’s novel.

Grahame’s treatise about the eternity of nature and the fleeting passage of man is divested during a tour of Badger’s extensive premises, the domestic cosiness and the expanse both beautifully rendered by Plessix. Badger’s home is beneath the ground, aired by numerous passages extending beyond the Wild Wood, and into caverns bearing the structures of those now passed. We also see Mole’s home, of which he’s shamed in comparison, and take a walk into town.

This is a further stunning sequence of arcadian beauty, leading to The Great Escape if following the Cinebook editions or The Piper’s Gates in the NBM volumes. All four volumes can also be found gathered between two covers in a 2008 digest from Papercutz.