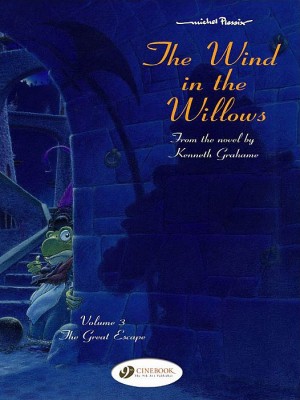 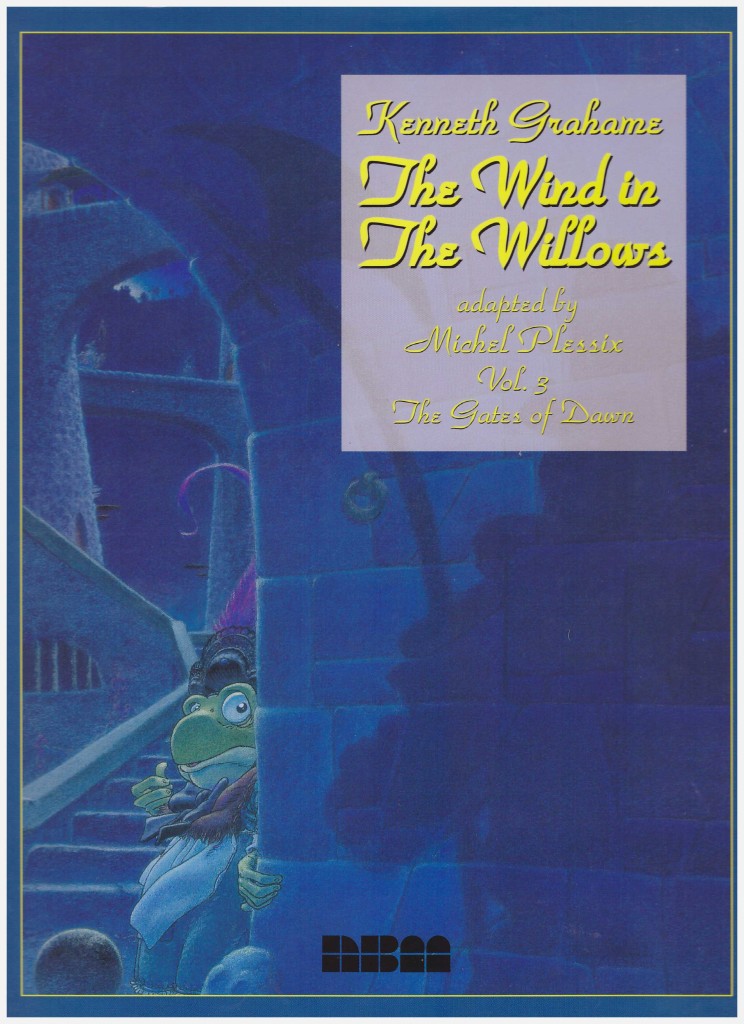 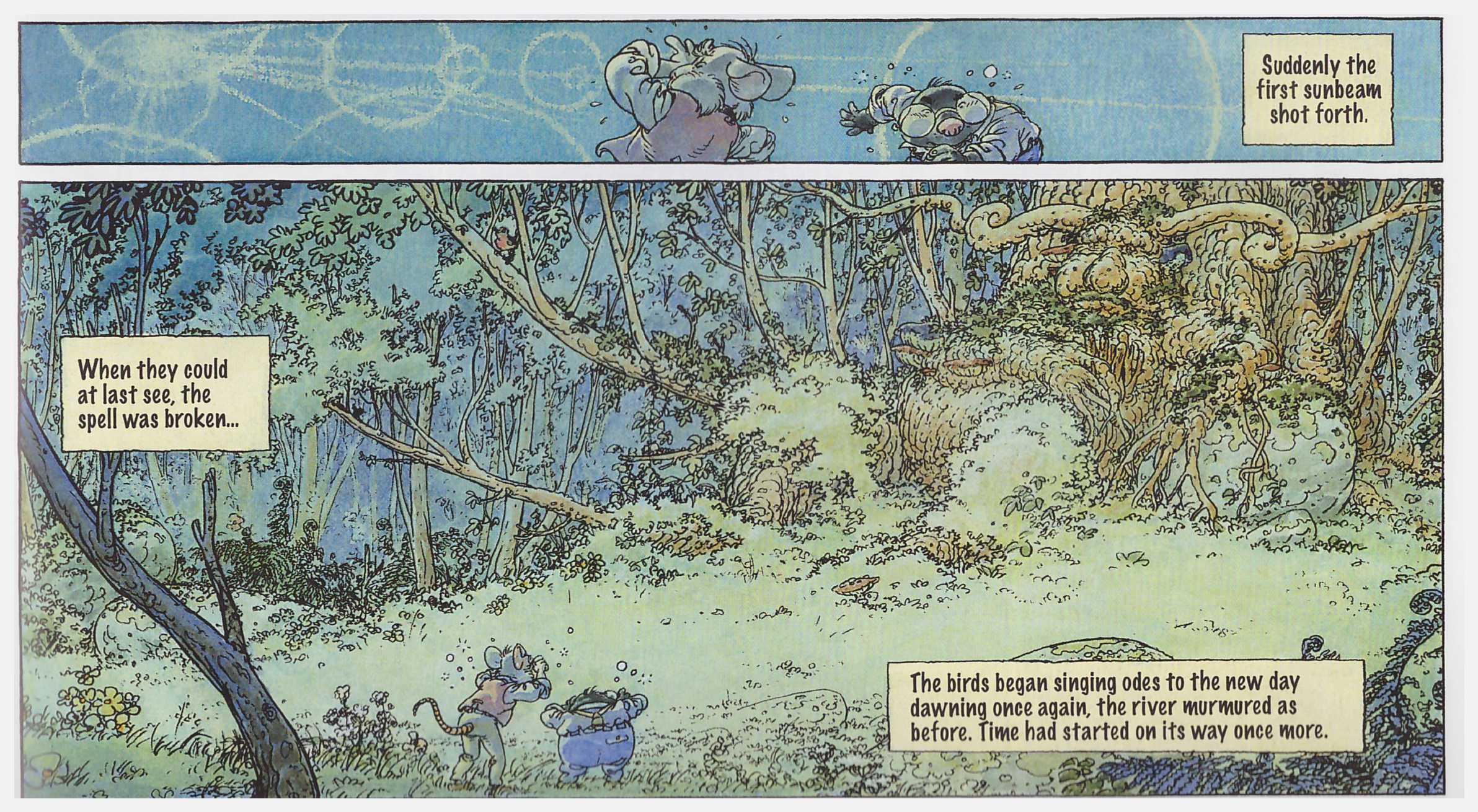 The opening chapter to this book, ‘The Piper at the Gates of Dawn’ is the oddest and most imaginative of Kenneth Grahame’s The Wind in the Willows, often truncated or altogether omitted from some editions despite providing the book’s title. Cinebook have, for some reason, retitled it ‘The Break of Dawn’. Otter’s son has been missing for two days and Rat considers it’s their duty to search for him. The timorous Mole is more reluctant. Michel Plessix grasps the essential unsettling nature, in which the unknown of God is represented by the pagan Pan piping in the dawn. Rat and Mole are permitted a brief glimpse of the eternal before their minds are clouded and their experience evaporates.

It’s exceptionally well conveyed. As with every other pastoral scene throughout the book Plessix excels in supplying beauty, and while for the most part there’s little to choose between the two separate translations used by Cinebook and NBM, with this sequence the NBM version is superior. It has an intuitive poetic quality that enhances the pictures, while the Cinebook version merely accompanies them.

The remainder of the book shifts the spotlight back to Toad, jailed for his transgressions in the previous volume, and not enjoying himself very much. Toad’s essential selfish nature is always to the fore. He’s boastful, believes himself to be a superior sort, and no amount of evidence to the contrary can convince him he’s not always right. Grahame fed in aspects of his young son to construct Toad’s character, but was this also his view of the landed classes that Toad represents?

Toad’s escape from jail is the only sequence of The Wind in the Willows that takes place in the city, and Plessix superbly contrasts the packed streets and constant noise with the beauty of the countryside. Yet his art is so decoratively appealing that even what’s meant to be the negative side of life is populated by beautifully characterised people and well researched Edwardian architecture.

The concluding volume, titled Panic at Toad Hall by both English language publishers, reunites the main cast, until this point largely leading quite separate lives. The entirety is also available in one digest-sized book from Papercutz.