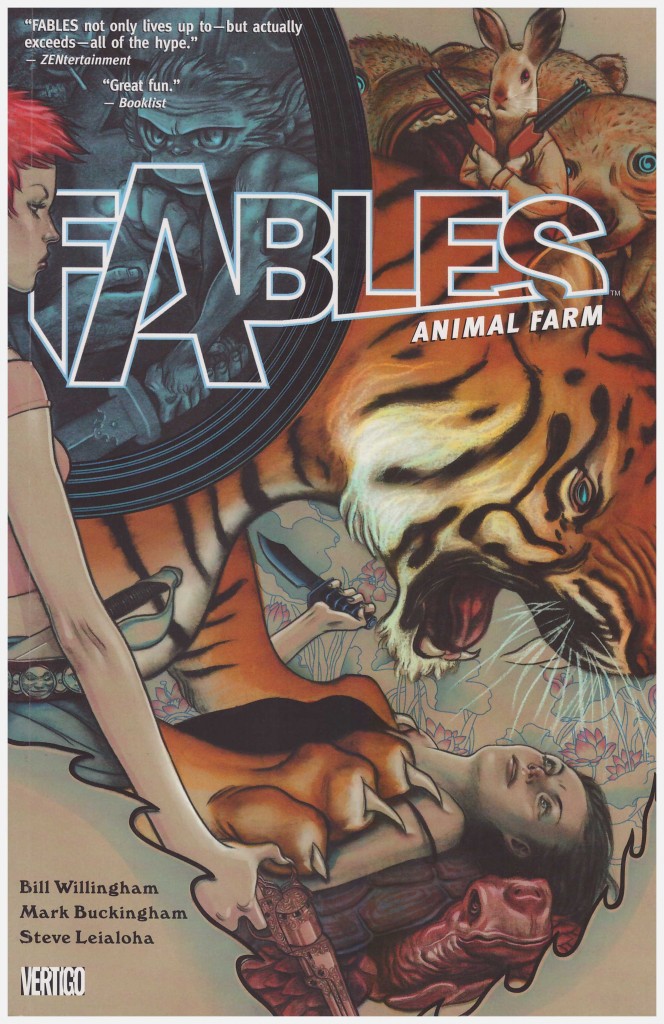 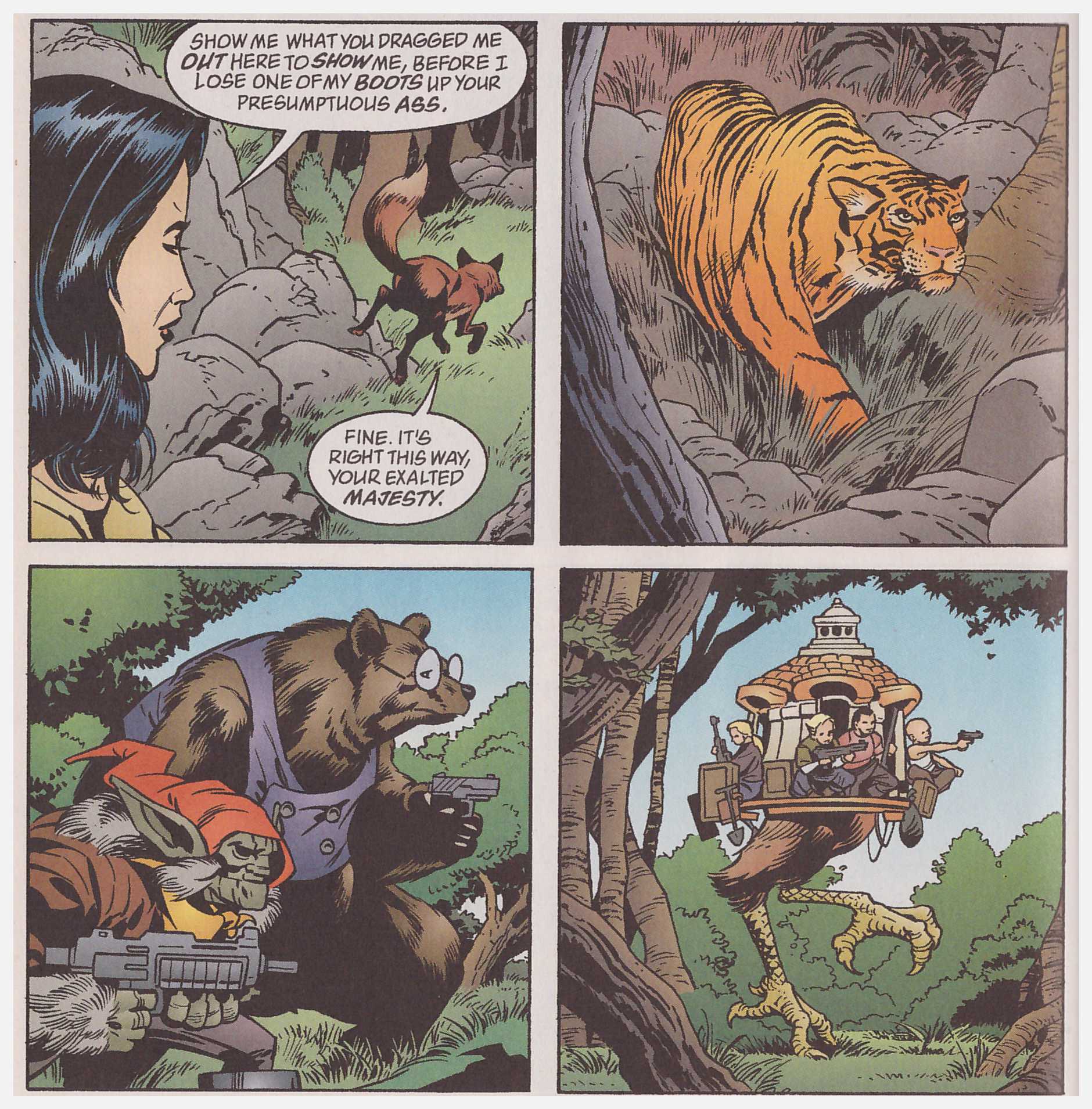 In Legends in Exile Bill Willingham confirmed that the cast of fairy tales and nursery rhymes do exist, and that they’re in New York, concealing themselves from humanity. Those passing for human live in Manhattan, while those unable to pass as such occupy a remote farm upstate.

There’s trouble up on the farm, and it’s the nub of this volume. The assorted sentient animals maintain their society over a vast acreage hidden from curious humans by spells of concealment. They’re not happy with this state of affairs, though, and rather than enforced confinement a majority of them would prefer a campaign to retake their homelands from the mysterious adversary who’s occupied these worlds.

To this point only one of the farm residents has been featured in Fables, and they come to an unpleasant end early in the book as Willingham echoes elements of George Orwell’s better known book with this title. Characters from The Jungle Book are introduced, as are the old woman who lived in a shoe and the three bears, now in thrall to Goldilocks. She’s rather heavy on the caricature as a dogma-spouting revolutionary.

It’s early in what would become a long-running series, so Willingham is able to play with an audience’s unfamiliarity with his interpretation of characters to pull a couple of surprises. This is a major strength of his writing: the jaw-dropping shock, and he pulls it off again and again throughout the run. His method of finishing the story is an example, with a well-worked succeeding chapter laying out what’s happened since, but largely in hindsight.

This volume is the debut of the artist most associated with Fables, the extraordinarily adaptable Mark Buckingham, beautifully inked by Steve Leialoha. Delivering accurate representations of dozens of animals is tricky enough, but Buckingham’s also capable of investing their features with character. He designs the storybook imagery expected for the farm, but is spectacular when he cuts loose with spreads featuring dragons and giants. For those unaware, Willingham is also an accomplished artist, and among the extras in this volume are the conception sketches he created for cast members seen in volume one. The next volume is Storybook Love.

This collection is gathered with the preceding Legends in Exile as the hardbound Fables Deluxe Edition volume one. The primary difference is that the material has a brighter look due to being printed on gloss stock, but in these early days before Buckingham developed his sidebars some material is lost in the gutter. Both volumes along with five others are better presented in 2019’s first Fables Compendium.