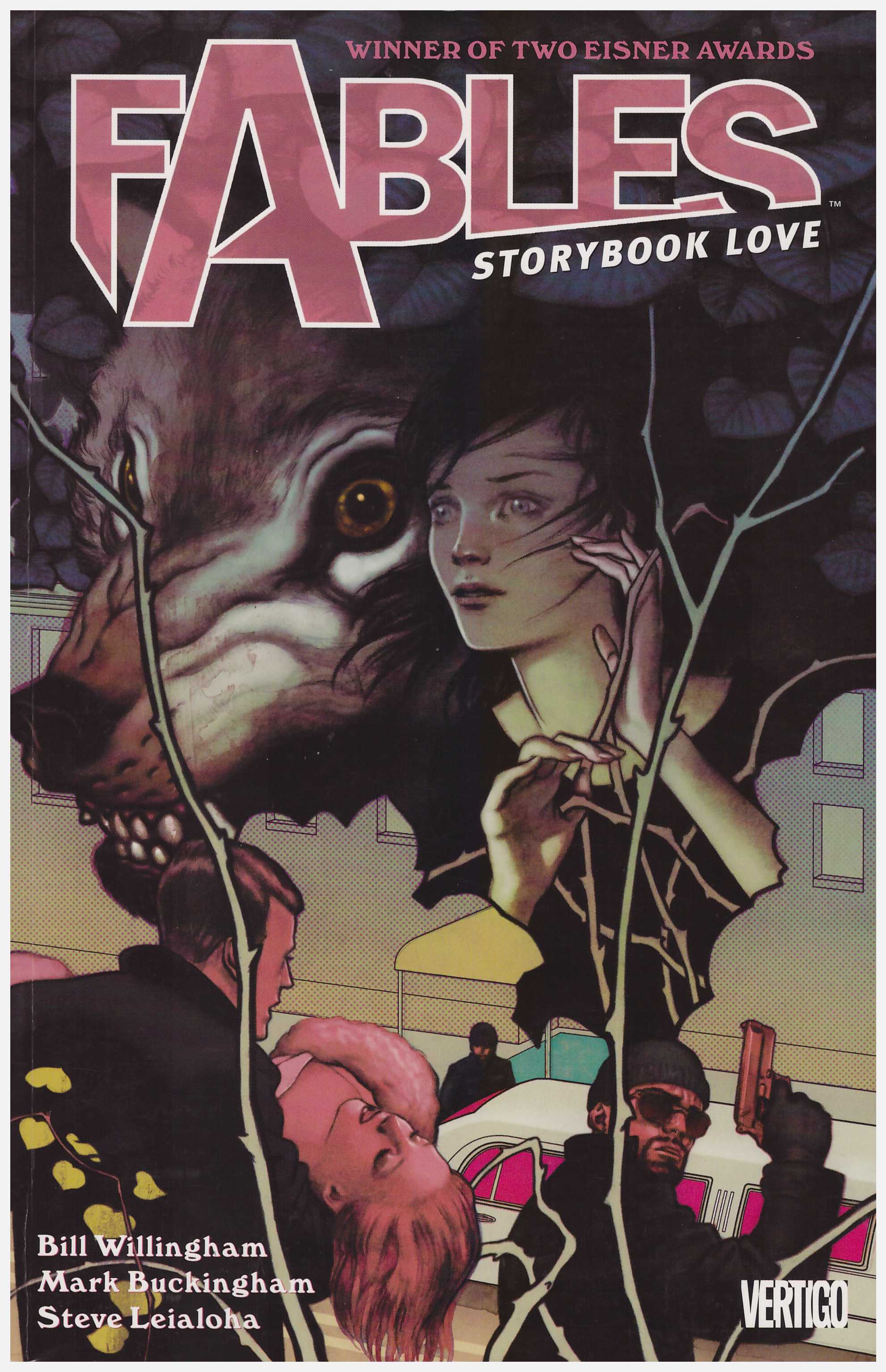 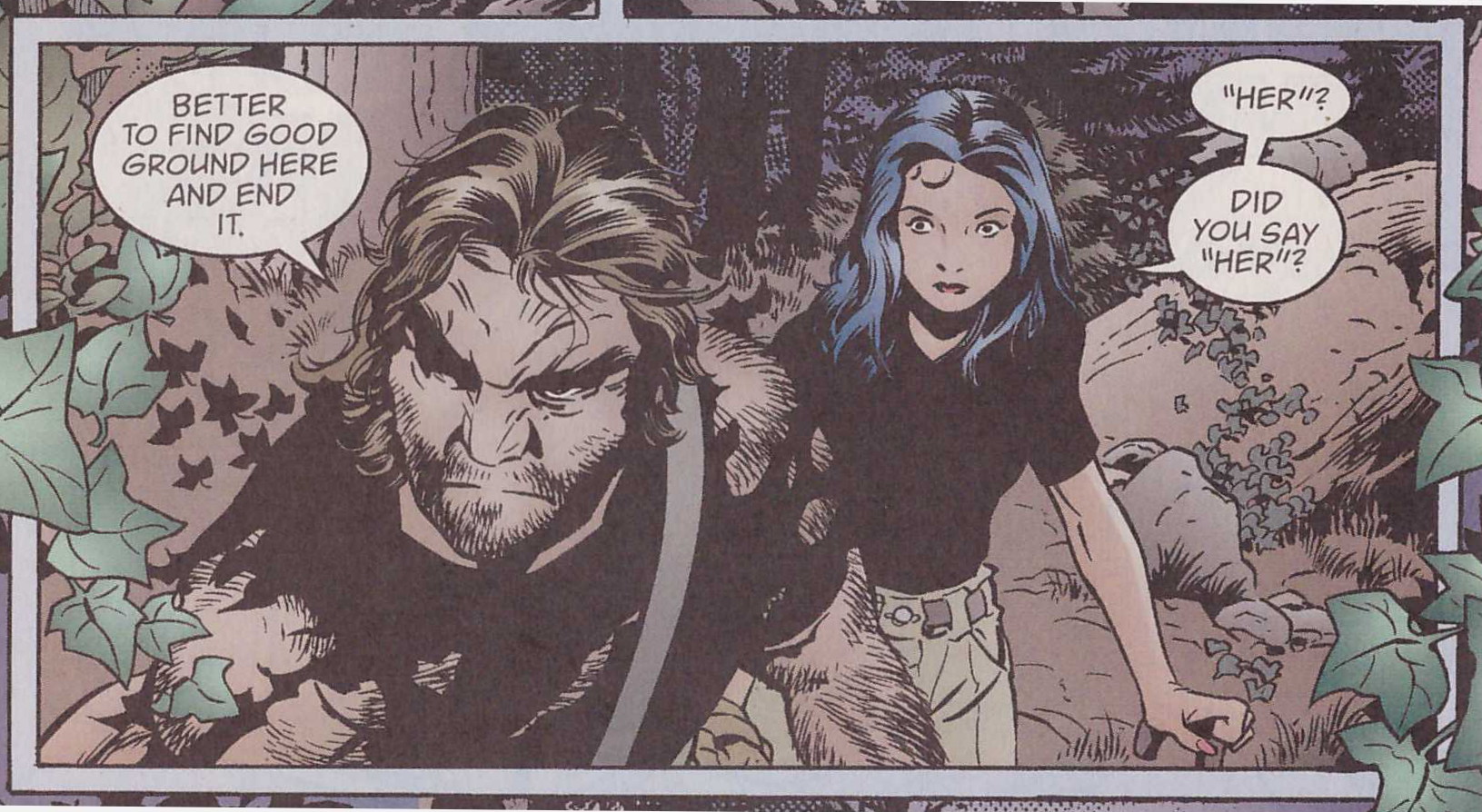 In the early days of Fables the character that rapidly struck a chord with readers was Jack, here known as Jack of All Tales. He’s the Jack from Jack and Jill, from Jack and the Beanstalk, from Jack be Nimble, Jack Frost, Jack Horner and assorted others, but not Jack Sprat. He’s also a greedy, devious libertine, and the first of the Fables cast to take a run at a solo story in the opening chapter.

Bryan Talbot illustrates the tale of Jack getting one over on the devil, and the consequences it has during the Civil War days, while original Fables artist Lan Medina returns for a story about what happens when a reporter confronts Bigby to tell him he’s going to press with the truth about the Fables community. He’s actually a little wrong, but prompts a plan to use Briar Rose’s ability of sending everyone to sleep, including herself, when her finger is pricked. She can’t be awoken until kissed by a prince that loves her. The one element nagging throughout the story is satisfyingly swatted away by Bill Willingham at the end, which also displays a difference in approach between the cast. Slightly less successful is Linda Medley illustrating a story about Thumbelina and her community.

This is, though, the beauty of the world Willingham has set up. He can tell pretty well any story he wants, with a ready made cast of recognisable figures, and he’s even worked out a way to kill them, yet have the more popular back for re-use when required.

The title story continues Snow White’s recovery from injuries received in Animal Farm. Bigby’s been hanging around a lot, but she’s made it plain she’s not interested. This being the case, though, a little enchantment can have a major effect. This is set against a background of Smalltown residents furtively scouring evidence on behalf of an unrevealed party. It’s four chapters of tension and shock in the manner that readers to this point have already come to expect from Fables. While someone surprising reveals a more generous nature than assumed in Fabletown, there are revelations about another in the wilds of Washington state.

There is rather a clumsy deus ex-machina revelation at a critical juncture in Storybook Love, but Willingham expands on that to such a degree and so well in later material that the awkward introduction can be forgiven. Readers here, however, are likely to note the glaring plot convenience.

Mark Buckingham, now installed as the primary pencil artist, and Steve Leialoha as his inker, deliver the usual fine artwork, with Buckingham becoming more experimental with his storytelling. They’re both back for the next volume, and March of the Wooden Soldiers is the first real Fables epic.

Storybook Love forms the bulk of the content to be found in Fables Deluxe Edition volume two. It’s a hardback volume printed on gloss paper instead of pulp stock, and with sturdier binding. The slight downside is that some pages have elements lost in the centre guttering. 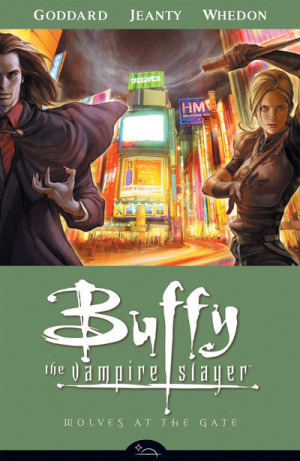