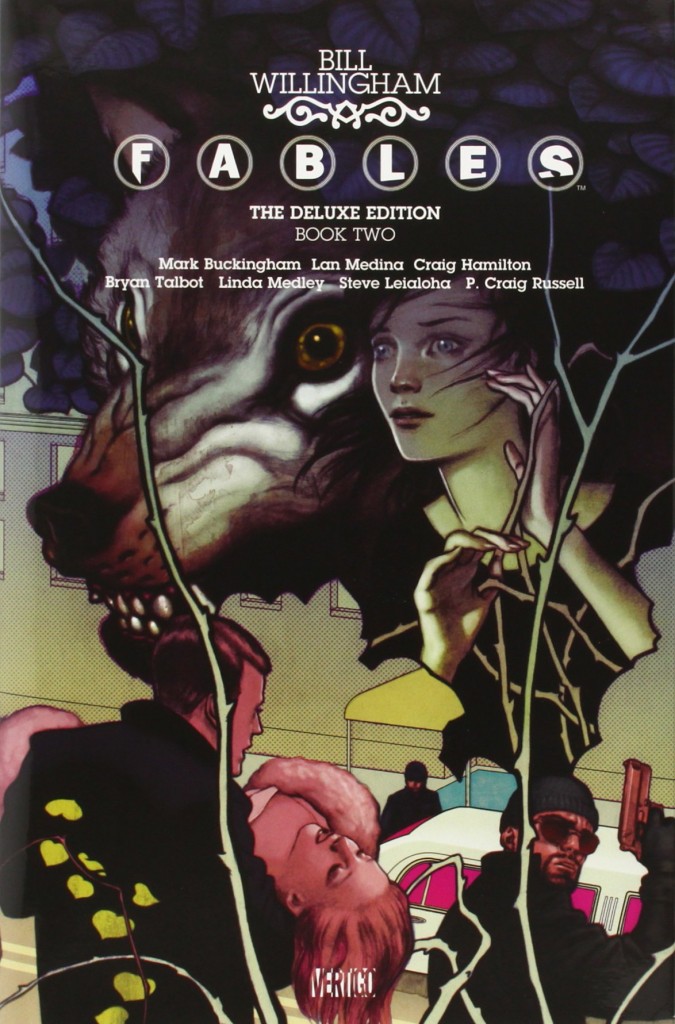 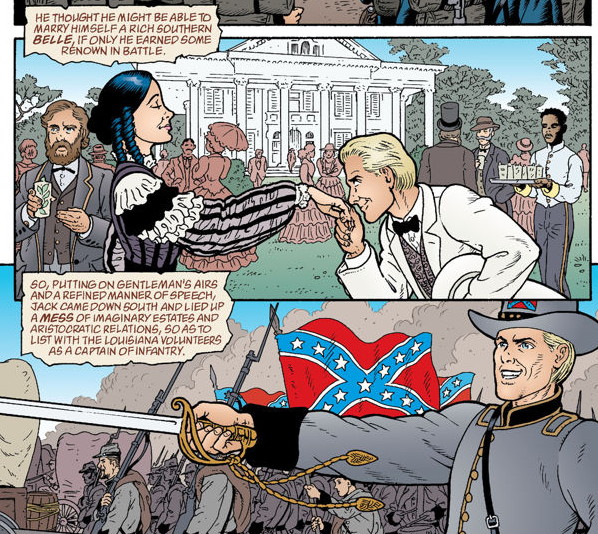 By the time Bill Willingham began working on the material gathered here it was apparent that Fables was a success, and he could begin considering his options for the long term. The world he’d set up enabled him to tell pretty well any story he wanted, and with a universally known cast for millions irrespective of whether they’d ever read a graphic novel. They all knew of Jack Frost, Jack Horner, Jack be Nimble and several other Jacks, and seeing as they were all the same dissolute character he quickly struck a chord, and was the first Fable to feature in a solo story.

Bryan Talbot illustrates the tale of Jack getting one over on the devil, and the consequences it has during the Civil War days, while original Fables artist Lan Medina returns for a story about what happens when a reporter confronts Bigby to tell him he’s going to press with the truth about the Fables community. His conclusions are actually slightly wrong, but prompt a plan to use Briar Rose’s ability of sending everyone to sleep, including herself, when her finger is pricked. She can’t be awoken until kissed by a prince that loves her. This would be revisited later in the run to spectacular effect, and the one element nagging throughout the story is satisfyingly swatted away by Bill Willingham at the end. Slightly less successful is Linda Medley illustrating a story about Thumbelina and her community.

The longest story here is Storybook Love, continuing Snow White’s recovery from injuries received in Animal Farm. It’s excellent, beginning as one thing and rapidly developing into something else entirely, with Bigby and Snow White awakening as if in a dream in the wilds of Washington State. This is set against a background of Smalltown residents furtively scouring evidence on behalf of an unrevealed party. It’s four chapters of tension and shock in the manner that readers to this point have already come to expect from Fables. While someone surprising reveals a more generous nature than assumed in Fabletown, the visit to Washington will have long-term consequences. There is rather a clumsy deus ex-machina plot convenience at a critical juncture, but Willingham expands on that to such a degree and so well in later material that the awkward introduction can be forgiven.

Mark Buckingham, now installed as the primary pencil artist, and Steve Leialoha as his inker, deliver the usual fine artwork, with Buckingham becoming more experimental with his storytelling. Craig Hamilton and P. Craig Russell illustrate different portions of ‘The Last Castle’, their decorative styles working much better than might be expected for a story of the Homelands’ last desperate battle against the forces of the Adversary. A younger Little Boy Blue is central to the plot of love and tragedy, while Willingham takes the opportunity to deliver the fates of several Fables he’d no plans for.

The majority of the material here was from the Storybook Love collection, with material also found in March of the Wooden Soldiers. Additionally there’s ‘Wolf in the Fold’ a six page prose story with illustrations also by Willingham about Bigby’s pre-Fabletown past, explaining how he’s able to transform to a human form, and some artists’ design sketches. Everything here can also be found in 2019’s bulky paperback Fables Compendium One.