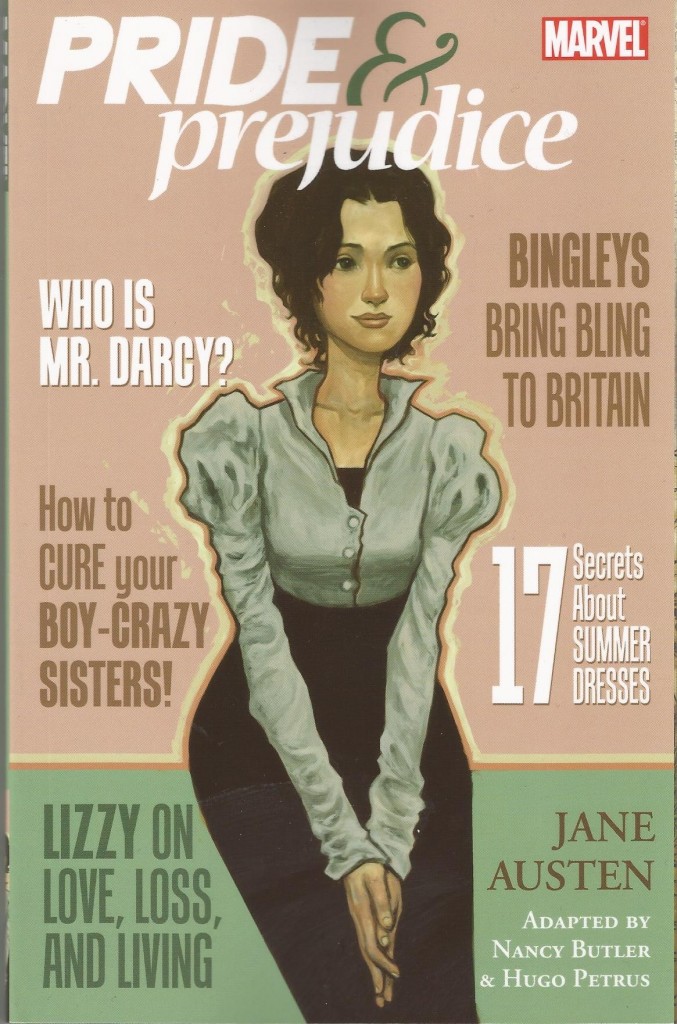 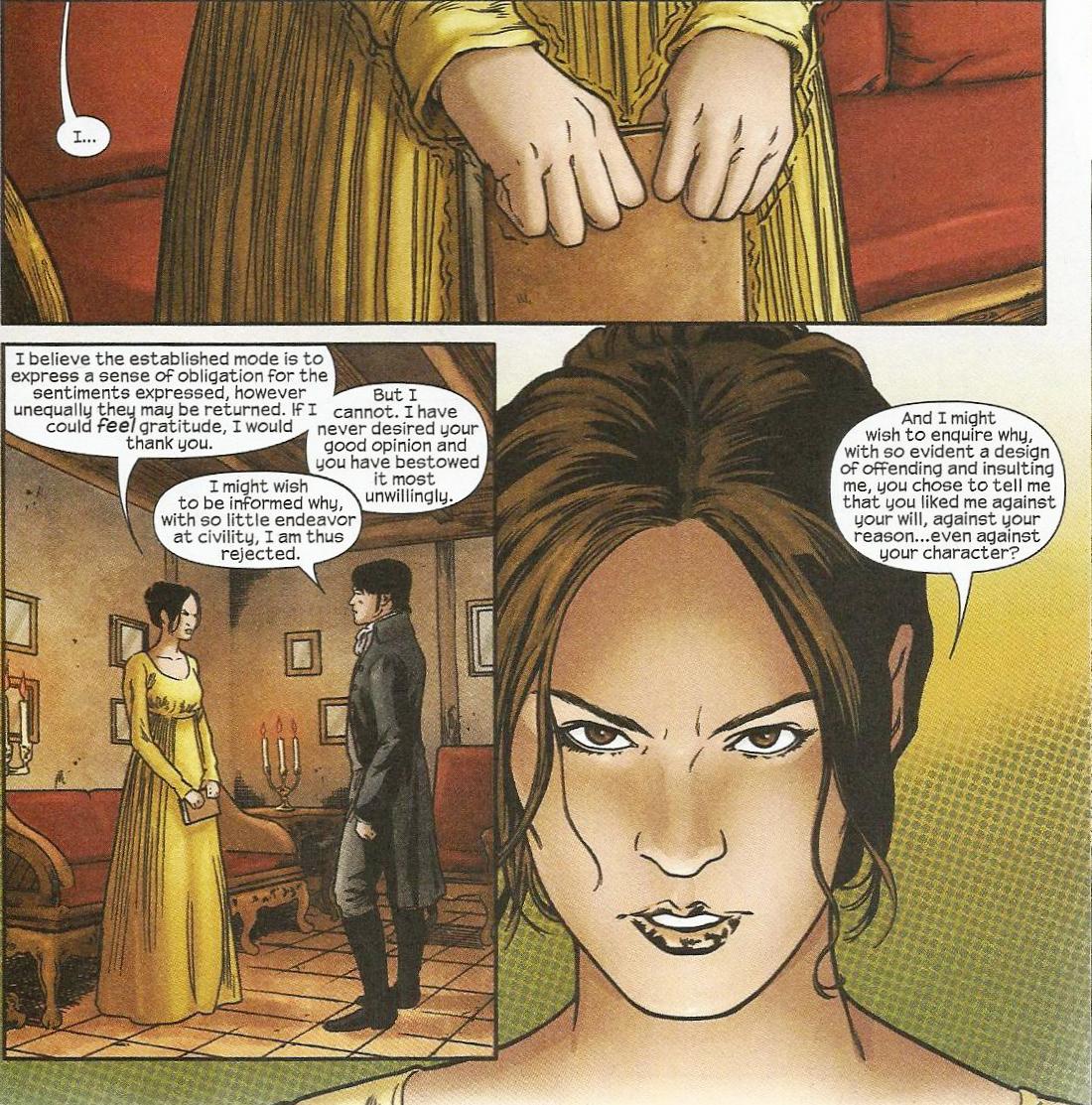 It is a truth universally acknowledged in the United Kingdom that our American cousins, unencumbered as they are by a great deal of history, tend not to fully apprehend its requirements in reinterpretations of classic literature.

In this case, however, our esteemed friends from the Colonies have avoided commonplace pitfalls, such as inadequate research (placing two items of historical clothing from different centuries on an otherwise contemporarily-dressed woman, and hoping for the best), and instead produced an appealing, if necessarily truncated, adaptation of Miss Jane Austen’s novel of manners and misunderstandings.

Miss Nancy Butler has been handed the unenviable task of contracting Austen’s work, and has risen to the challenge. She introduces and distinguishes the characters deftly, and couches the drama of a succession of static conversations into a variety of angles and scenes which keep the reader’s attention fixed.

In this task, she is assisted by illustrator Mr. Hugo Petrus, who makes a conscientious, if not always entirely successful, effort at period. He is to be commended for his visual distinction of the male characters, and his portrayal of the egregious Mrs. Bennett, one of the most memorable matchmaking monsters of fiction.

It must be observed, though, that in Mr. Petrus’ portrayal of the younger women, particularly the pivotal Bennett sisters, there seems little to distinguish them aside from their hair colour. This is particularly odd when one recalls that Mary Bennett is noted in the novel as bookish, intellectual, and outright plain. Yet in Mr. Petrus’ depiction,  she is, in the modern parlance, ‘a hot babe’ who would scarcely be wasting her time on scholarly pursuits.

A further anomaly is the amount of grinning that occurs. Our heroine, Elizabeth Bennett, and her sisters are frequently unleashing gleaming orthodontic beams upon all and sundry. Mr. Petrus’ research appears to be lacking in this respect; in the period of this novel, a closed-mouth smile was the most decorous public expression of pleasure a lady was permitted. This was because of social perceptions of ‘appropriate’ versus ‘vulgar’ behaviour, and because, then, (and now, if our esteemed American friends are to be believed) British dentistry simply would not withstand that amount of scrutiny.

A lady habitually grinning as much as Miss Elizabeth and her sisters are shown doing would be viewed askance by society, unless, of course, she was wealthy enough to be deemed ‘eccentric’. Furthermore, she might be assumed, by gentlemen of her acquaintance, to be inviting intercourse of a more than conversational nature. That quibble aside, there is much to commend. Miss Butler’s preface, that and a cover gallery are the only additional features in the collected edition.

Pausing only momentarily to laud the ingenious cover by Mr. Sonny Liew, which intrigues and entices the potential reader, while not offending purists who are possessed of a sense of humour and proportion, this adaptation – available in hardcover, for one’s study or library, or in a compact paperback, suitable for a lady to carry – while not outstanding, is declared surprisingly satisfactory.