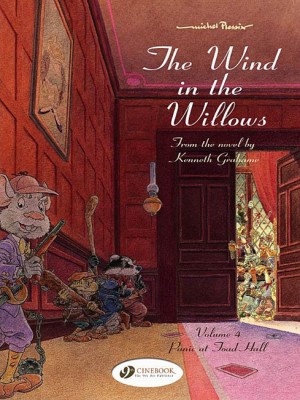 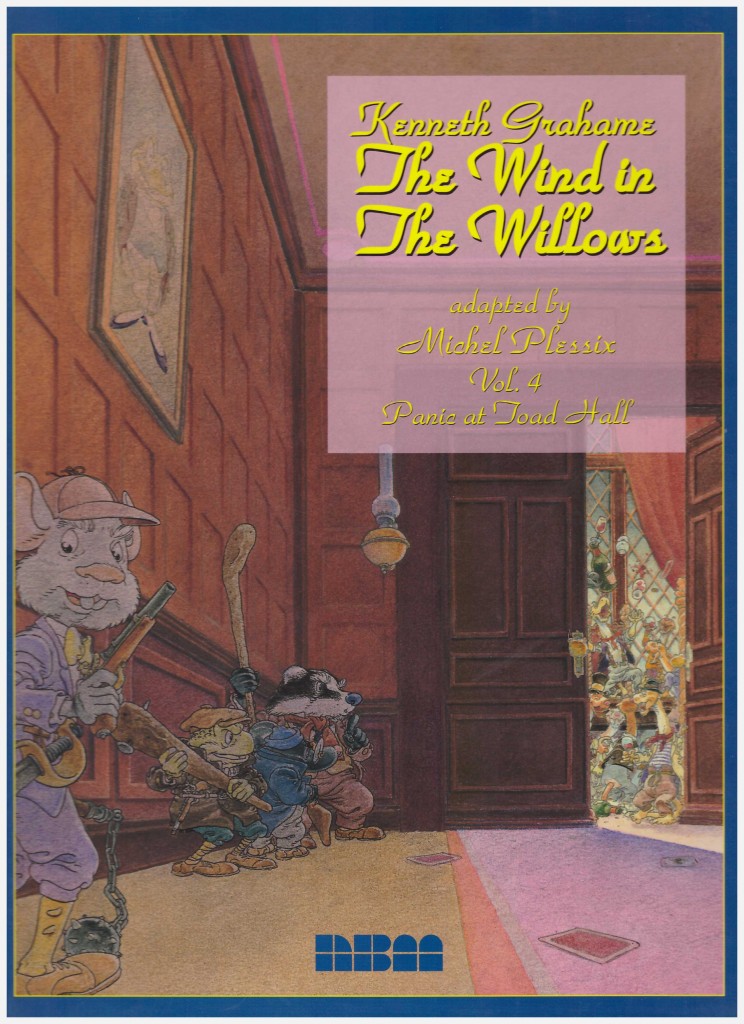 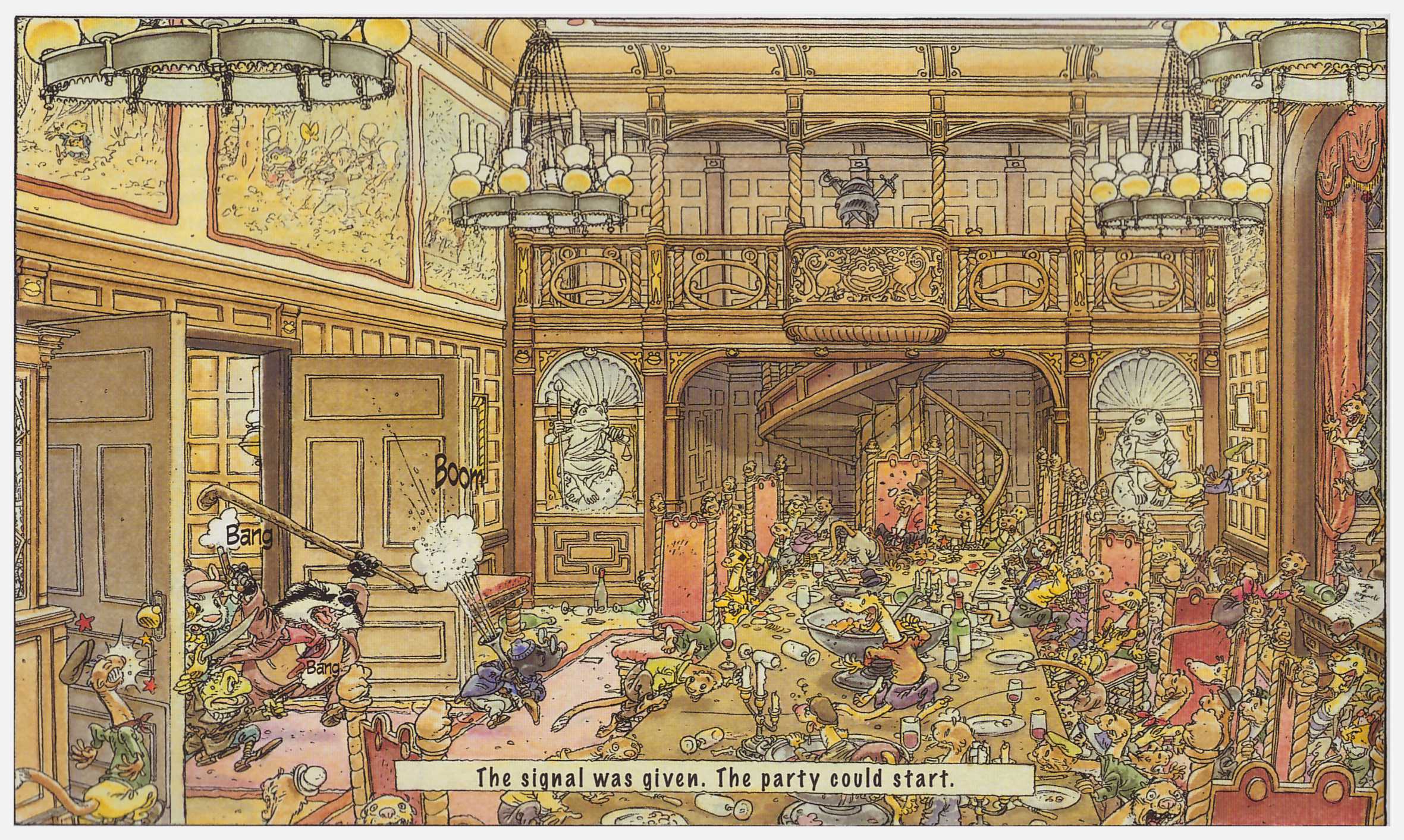 The downside of spreading an adaptation of The Wind in the Willows across four 32 page volumes is provided with this conclusion. By the point we reach here in his original novel, Kenneth Grahame had imparted what he wanted about the beauty of the countryside and the eternity of nature, and just needed to wrap up his plot with Toad. So what we’re presented with here is predominantly knockabout comedy and the weakest of the four individual segments.

When last seen it didn’t look good for Toad, but it surely won’t surprise that he survives his dunking, and indeed a further two here. His incarceration and subsequent humiliations haven’t served to dampen his bumptious character in the slightest, although he does receive rather the shock on learning that Toad Hall has been occupied by stoats and weasels who are working their way through his cellar and larder.

Michel Plessix has been so spectacularly good at drawing the preceding chapters that he’s hardly going to fail at the final hurdle. In fact, that the second half of the book is largely slapstick action comedy he’s able to display himself a master of that as well. His inclination to decorative adornment is well served by depicting the sumptuous panelled luxury of Toad Hall and the extensive grounds as Toad manages to indulge himself with a car once again.

As previously, there are some slight differences between the current Cinebook edition and the earlier NBM printing. The Cinebook version has more saturated colour, and while there’s not much to choose between the translations, the NBM books use Grahame’s original chapter titles throughout, while Cinebook alter them. One might wonder if translator Luke Spear wasn’t aware they came from the original novel. Cinebook also include Plessix’s one page black and white coda illustration, omitted by NBM. This is all minor carping when the message ought to be that Plessix’s Wind in the Willows is a spectacularly beautiful achievement that would grace any bookshelf and should enchant any reader.

The obvious question might be why there isn’t a collected volume. Well, there is, from Papercutz in 2008, but whether anyone who appreciates their art will find the format satisfactory is another matter.