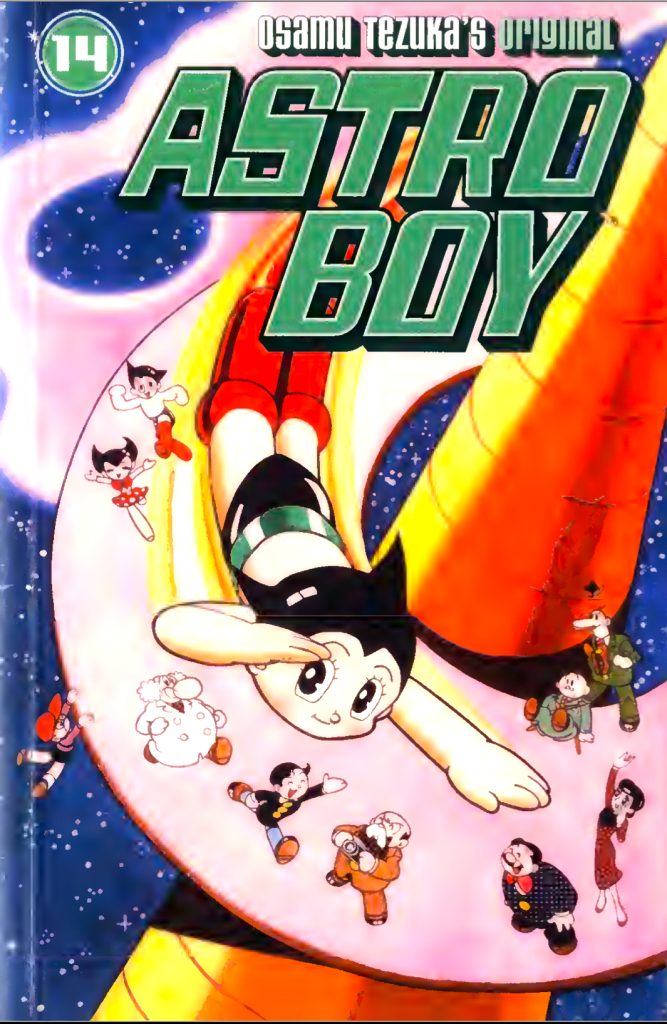 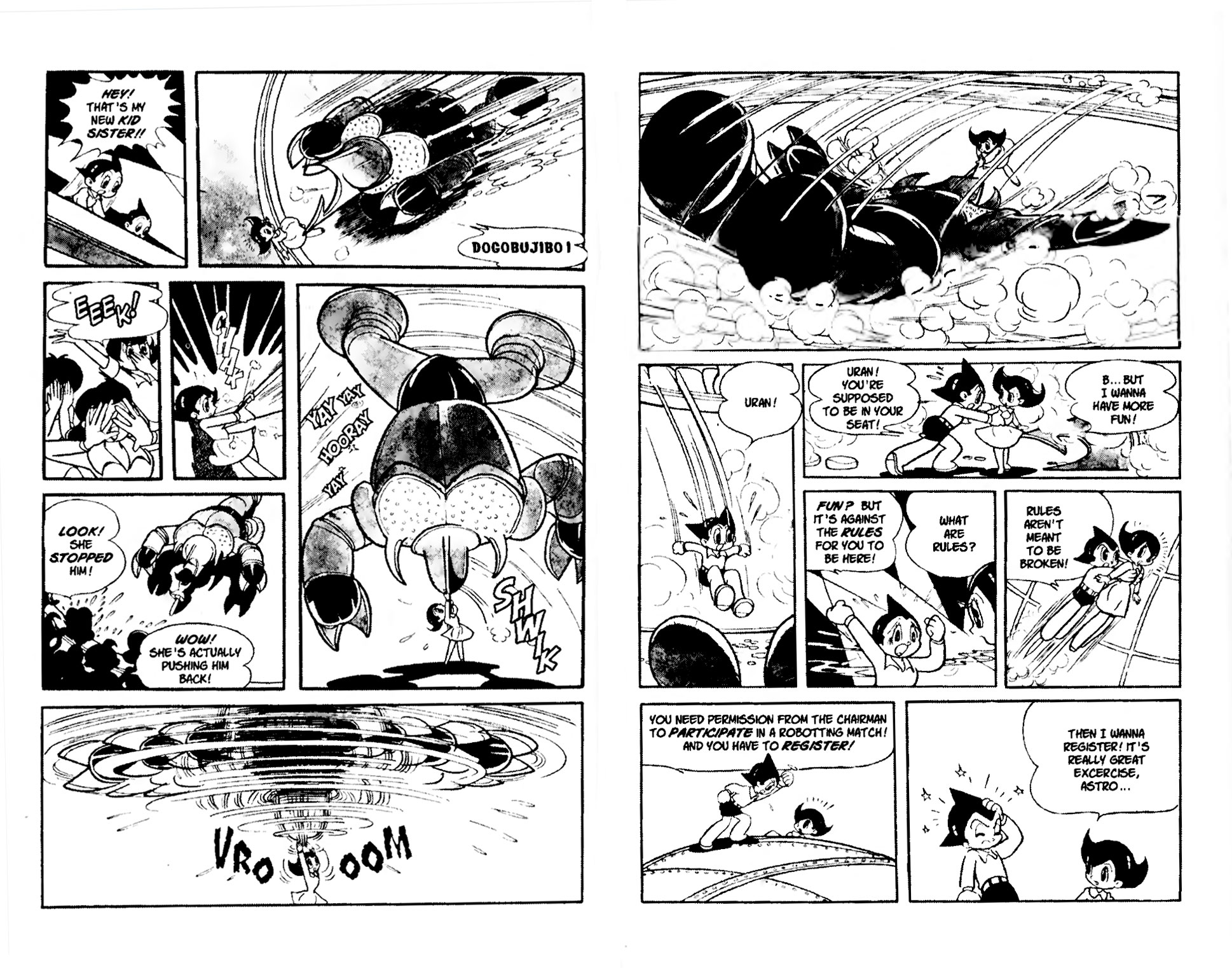 Volume fourteen of Astro Boy features five adventures personally selected by Osamu Tezuka from two decades of Astro Boy comics, translated by Frederick L. Schodt. In this volume: ‘The White-Hot Being’ (1961); ‘Uran’ (1960); ‘Demon Bees’ (1963); ‘Fortress of The Centaurs’ (1958); and ‘Gernica’.

‘The White-Hot Being’ is a new super powerful robot called Bron-X, who radiates tremendous heat while he is in action. When Professor Ochanomizu completes his construction he will be even more powerful than Astro Boy, and this is something Astro can’t allow to happen. Bron-X’s secret powers involve alien minerals found on a mountain range in an African country (problematic ‘native’ imagery alert). Astro’s attempts to safeguard humanity from their misuse aren’t appreciated at first, forcing him to go on the run. Can Astro be jealous of a more advanced robot or is there another reason?

‘Uran’ is a kind of origin story for Astro Boy’s sister Uran that explains how she came to be part of Astro’s family with Cobalt and their robot parents. Designed using a version of the same blueprints that built Astro, Uran has 100,000 horsepower too although she doesn’t have any of Astro’s other powers. She puts that strength to use as a “robotting champion” defeating other robots in wrestling matches, but she should be going to school. Too bad there is no way she can be in two places at once. Or is there?

In ‘Demon Bees’ Astro travels to the Ultra Genghis Khan empire to help downtrodden robots against their despotic masters. Tezuka’s bizarre and slightly nightmarish menace gives Astro a challenge in some vivid action scenes, but it’s topped for weirdness by ‘Fortress of The Centaurs’ which features alien ghost horse creatures from a distant star system!

‘Gernica’ is a short invasion story with one of those Tezuka twist endings, and this collection ends with a three-page strip explaining more about ‘Astro Boy’s origins and history’ continued from the previous volume. The seemingly endless imagination of Osamu Tezuka delivers another group of fun stories in this collection.