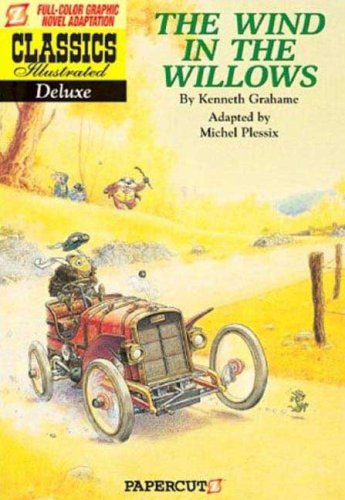 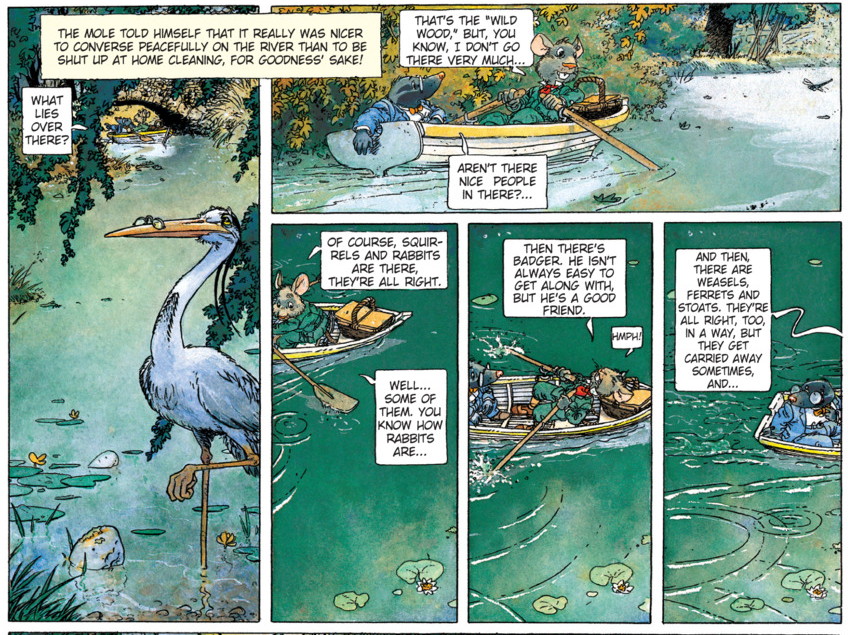 You have to wonder about the aesthetic choices of the Papercutz staff. Michel Plessix’s sumptuous adaptation of The Wind in the Willows had been out of print in the USA for several years in 2008 (although there’s been a complete edition in French, and a new translation released by Cinebook in the UK). The theme fitted directly into Papercutz’s line of Classics Illustrated comics, but at 128 pages was considerably longer. Having already had to compromise their format to accommodate the length, who decided that format was all, and the stunning art should be reduced to fit their standard digest publication size?

Plessix’s renditions of both the English countryside, and the characters populating it in Kenneth Grahame’s beloved book, are so rich and appealing that anyone who’s not seen the previous album sized publications will still be charmed. Those who have, though, will regret the cramped feel and how the detail is compressed to the point of invisibility. Where Papercutz score is by presenting the entire book in a single English edition for the first time.

The Wind in the Willows is Grahame’s paean to the rolling English countryside he loved, populated by anthropomorphised versions of animals existing alongside humans. In the opening chapter we’re introduced to Rat and Mole, who with Badger form assorted voices of reason and discrimination, while the character most know is the wealthy Toad. He’s impetuous, self-important and vain, and Grahame accordingly heaps indignities on him. Toad represents the future, with his love of the car, still relatively scarce in Edwardian Britain when the novel was written.

The story switches between idyllic appreciation of nature’s bounty and the farcical aspects of Toad’ behaviour. He ends up in jail, escapes, and must then reclaim his ancestral home from the weasels who’ve occupied it in his absence.

Papercutz use the same translation as the late 1990s album sized NBM versions, but have re-lettered the text in upper case. NBM’s attractive lower case lettering would presumably not have survived the reduction process.

This was the first of several adaptations of classic literature by European creators published by Papercutz. The remainder are unseen in any other form in the English language, and therefore worth seeking out by those with an interest who can endure the reduced format.