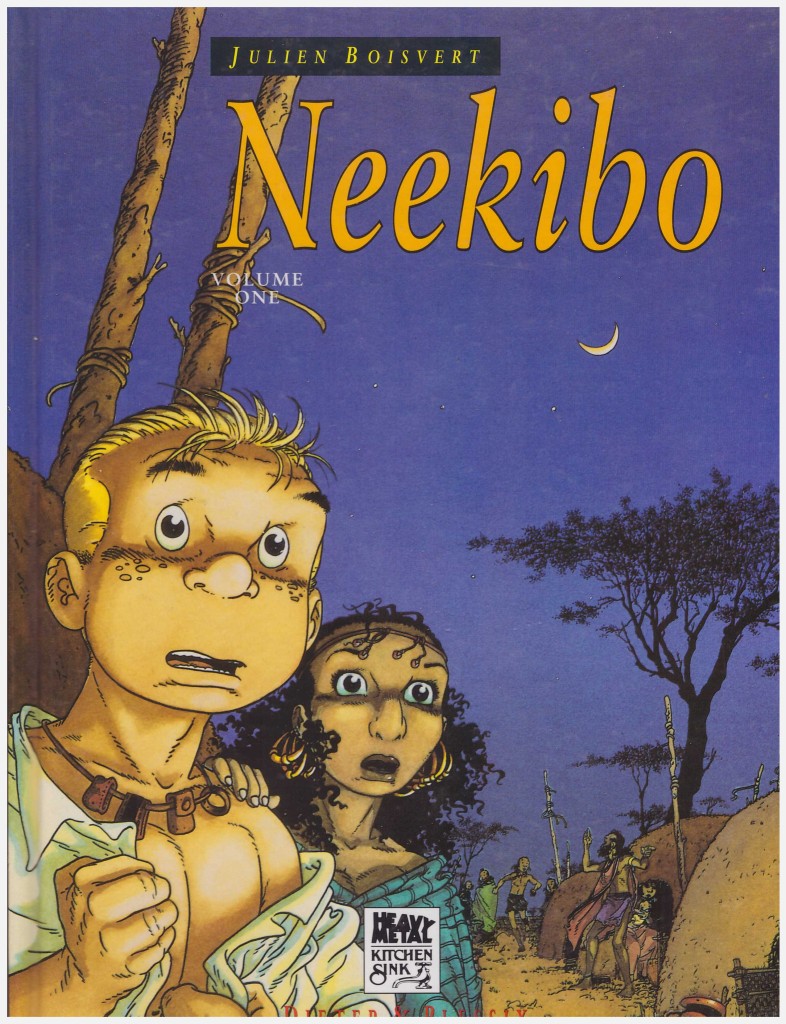 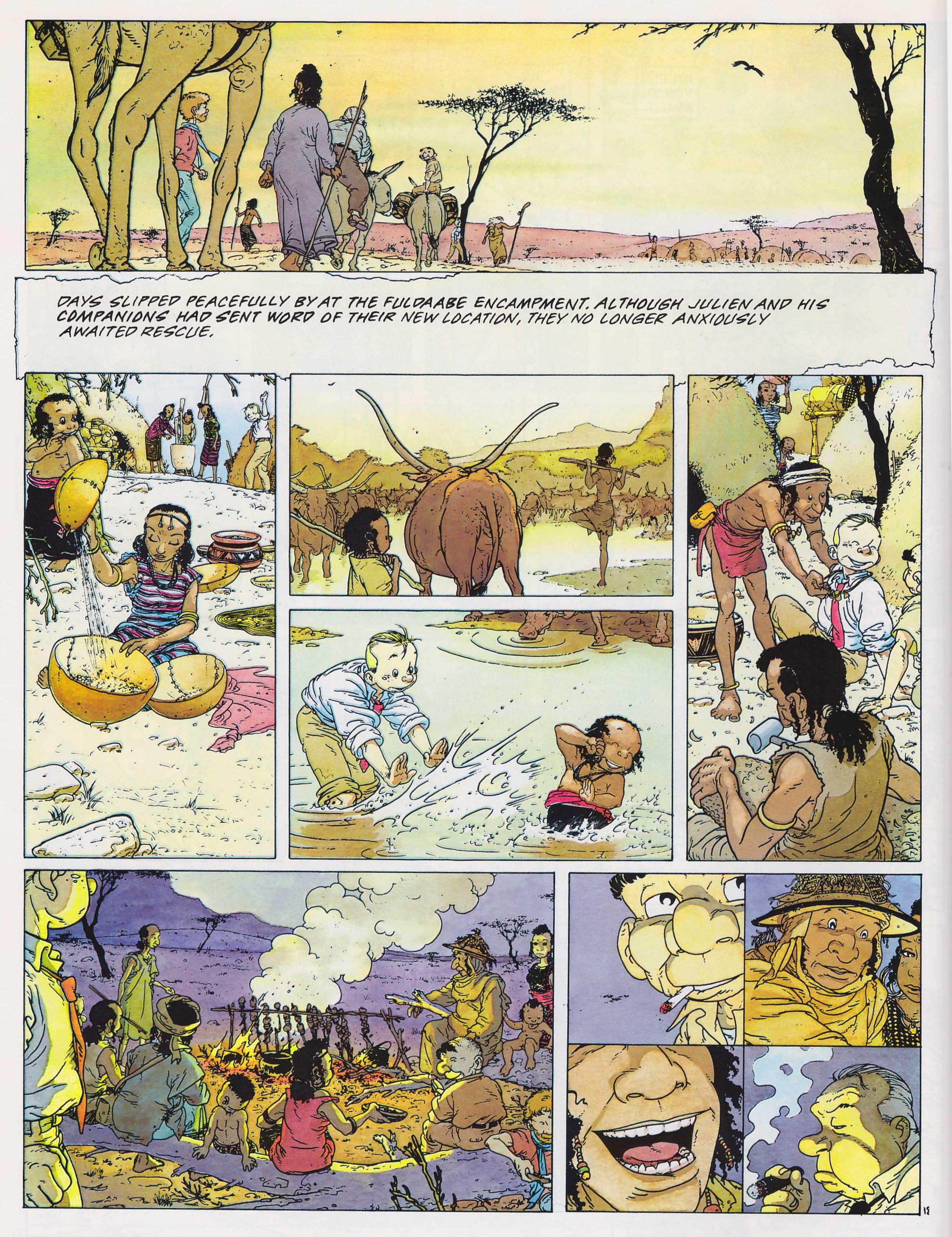 Neekibo is a very engaging coming of age story, also cleverly layered as an alternative take on Tintin and the world he occupies.

Julien Boisvert is a junior administrator for a French government department, the Organisation for the Protection of International Culture. He still lives at home, where his internationally renowned classical pianist mother is often absent, and a diva rarely able to see beyond her own needs. His social life consists of being mollycoddled by the old ladies who live next door. He arrives at an eruption of frustration, and the next day asks to be transferred to a vacant post to oversee the relocation of an African tribe due to famine.

What follows is wonderful. Julien doesn’t reach his destination, instead finding himself in African tribal settlement where he’s rapidly christened Neekibo, a term corresponding to ‘innocent’. He shares their lives and problems, and in adversity finds his true character.

Didier Teste, as Dieter, and artist Michel Plessix are both credited for the plot, which charms and thrills, and despite his passive personality, Julien is sympathetic from the start. Previously untapped resources of both passion and capability are discovered, and his personal growth is immense as he learns a few unpleasant lessons in the ways of the world, and the complicity of his employers.

Plessix’s illustration is in the European style of cartoon people, exaggerated to varying degrees, occupying richly detailed and realistic backgrounds. The quality is all the more remarkable for being only his second graphic novel, although he was thirty on publication. Plessix has a fine natural sense of storytelling and there’s a dignity about his African cast, matched by an absence of patronising qualities in the plot. The colouring of Isabelle Rabarot is an attractive part of the package, subtle throughout, yet elevating the art.

Running behind the plot, and nothing but a nice additional level for those who notice, is a comparison with Tintin, for whom Julien can be seen as an analogue. He’s certainly a more filled in version visually. The African setting suggests the introductory younger Tintin of Tintin in the Congo, but details similar to later Tintin books are also included. Look closely and there’ll be variations on several familiar characters, although Neekibo is strong enough to withstand all this being stripped out.

The authors take Julien on quite the journey over four books, but only this and the second, Grisnoir, have been translated into English.