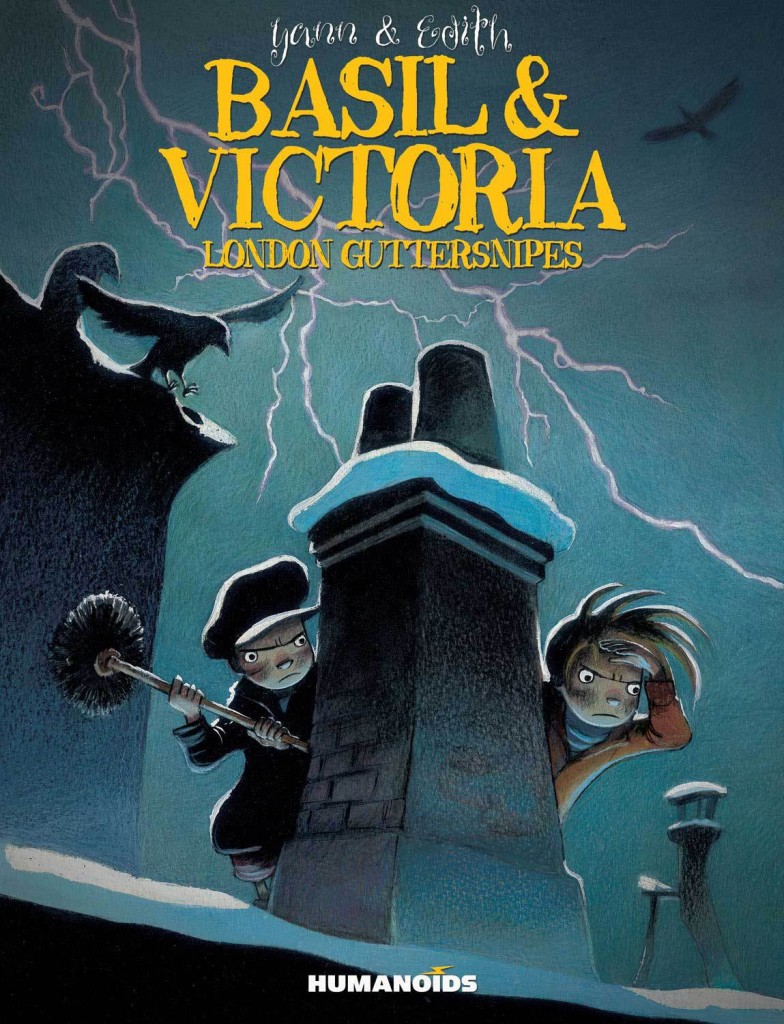 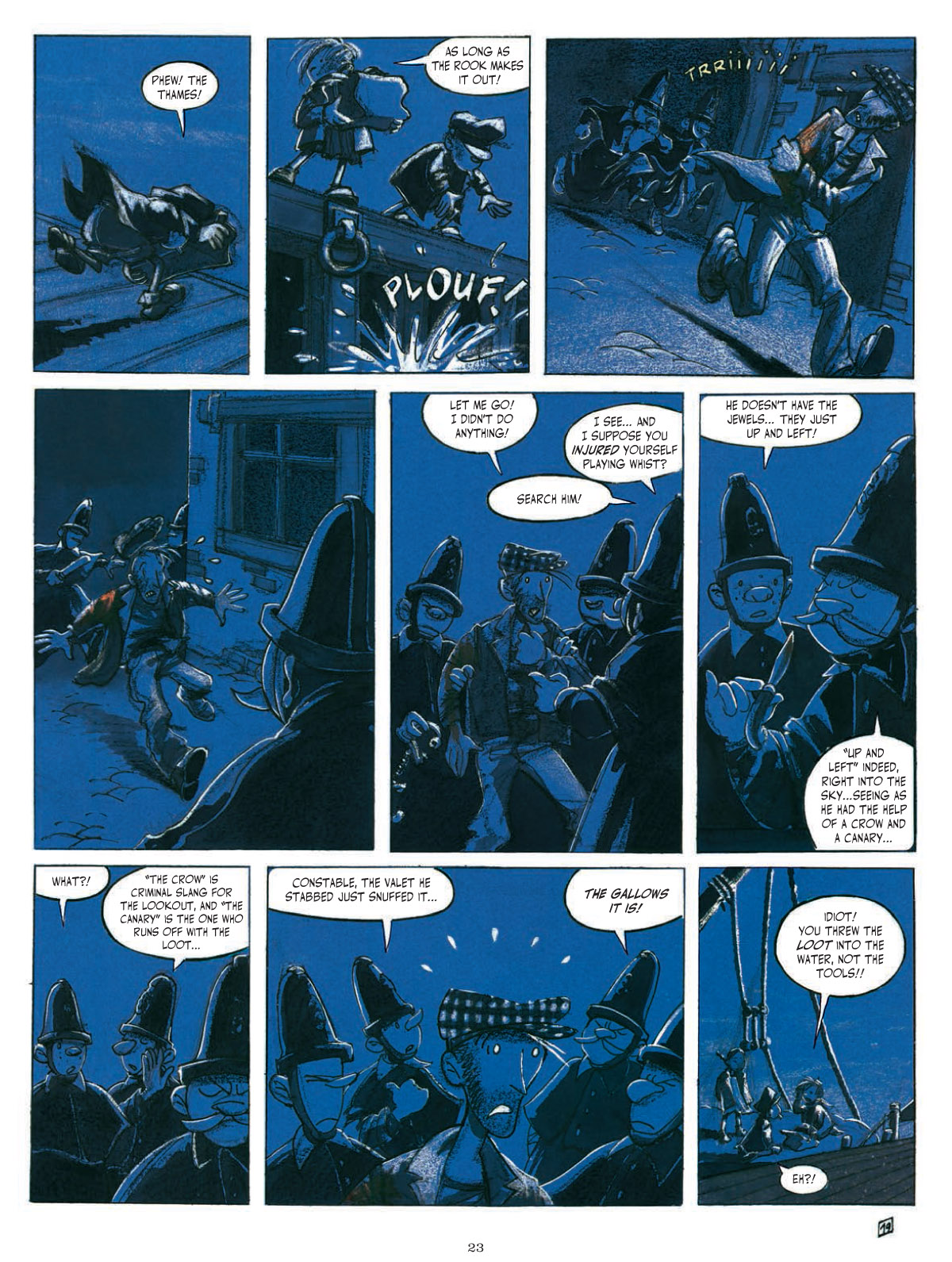 Basil & Victoria is a value for money hardcover combining five albums originally published in France between 1990 and 2007. As the first album begins, the title characters are two street urchins in Victorian London who survive via their wits, thieving, and by selling the rats caught by Basil’s bulldog, Cromwell.

There’s a tendency to assume any fiction starring children is aimed at them, and that’s not the case as far as Basil & Victoria is concerned. For all the charm of the art, this is no sanitised Disney version of life on the street, as the horrors, injustice, and repression that Charles Dickens publicised so well are given a full airing, and he’s seen carrying out research in the second episode. Sentimentality is at a premium with several deaths punctuating the first story alone as author Yann Le Pennetier propels his children through adventures that involve them with others active in the late Victorian era. The setting is an interesting selection for French creators as despite it being a republic, the Paris of the era was one of similar conditions, and in Emile Zola had its own renowned chronicler of injustice.

Using only his first name for his graphic novel work, Yann has an admirably practical view of his cast. They all suffer hardship, and this engenders a dog eat dog attitude where selfless acts are few and far between. Basil and Victoria are our protagonists, but their behaviour is determined by needs, and neither is above betraying the other, or worse in desperate self-interest. They’re far removed from the wide-eyed cuddly kids you want to help, and this is excellent personality building on Yann’s part. It’s not just British culture where innocence is at a premium. The only other character to feature in more than a single story is a Hindu child bride, and the expectations placed on her are equally appalling. This isn’t a scattershot approach, as Yann is condemnatory regarding the Empire contempt and social divisions that produce the conditions, and later equally unforgiving in how life at sea is portrayed and of the deficiencies of other cultures.

Artist Edith (Grattery) provides the sugar-coating with brilliant loose cartooning that brings the cast to life in kinetic fashion. Her depiction of Victorian London is imposing, grimy or sordid depending on what a scene may call for, but the series doesn’t remain in London throughout, and every new location  is equally impressively delivered. Her cartooning also serves to differentiate the series from Loisel’s Peter Pan, which covered similar territory and shares at least one cast member.

An introductory story serves as a tour of location and lifestyle, while the second sees Basil and Victoria inspired by the large reward offered for Jack the Ripper. That story won the Angoulême Comic Festival prize in 1992, and is followed by a trip to the colony of Zanzibar, by which time four years have passed since we first saw Basil and Victoria. There’s then a stay on a Scottish island before a return to London.

Yann’s writing is very clever, particularly with regard to the growth of the leading characters, and displaying its their circumstances that shape them. Removed from London they become more likeable people, and there’s an innocence in their dealings with overseas societies. Overall Basil & Victoria is five excellent adventure stories deserving of a wider audience.