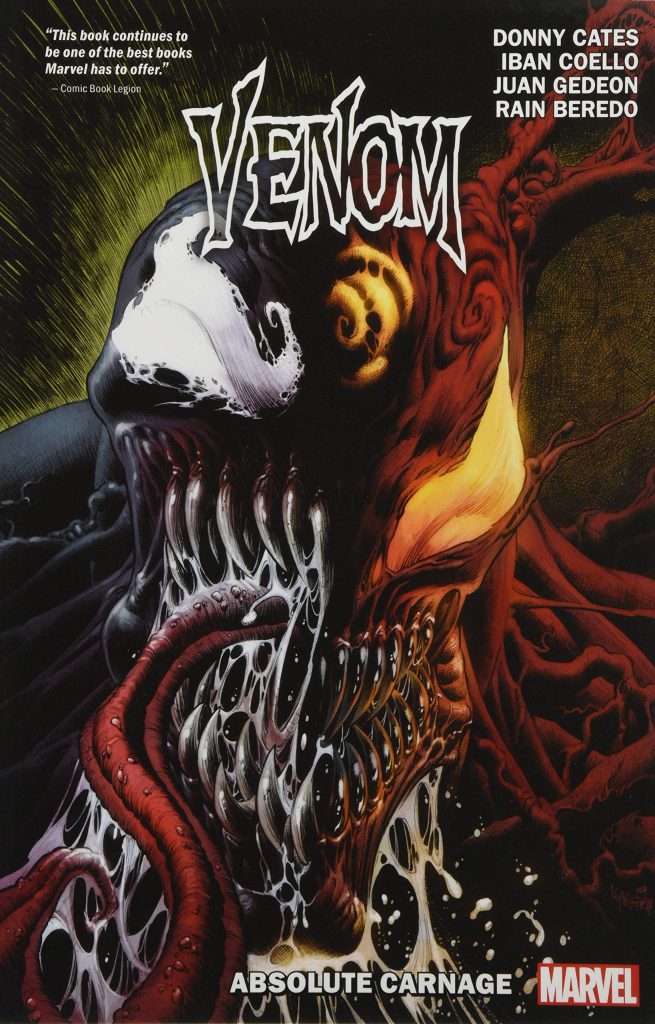 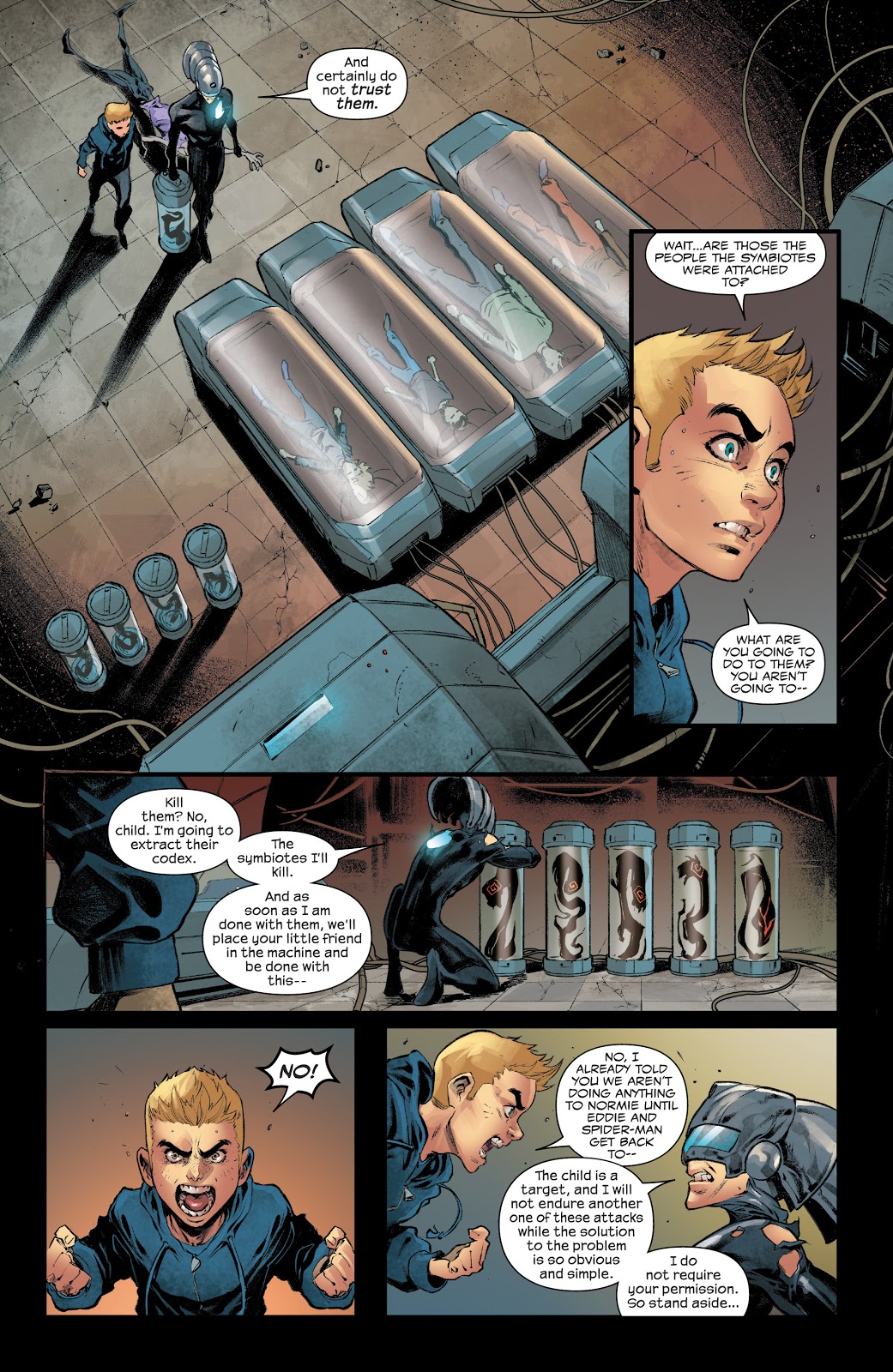 In between this and Donny Cates’ previous Venom outing The Abyss, Eddie Brock saw action in The War of the Realms, but that’s just a diversion, and everything relevant is summarised on the opening spread. However, Absolute Carnage is also a crossover, feeding into the return of Cletus Kasady, a more savage version of Venom now possessed by an ancient evil and hunting down every human who’s ever bonded with a symbiote.

That’s a viable superhero plot, and those who read the core story as Absolute Carnage might be impressed. However, beyond supplying the entity spurring Carnage on, Cates ignores the bigger picture to focus on characters he’s introduced earlier in the series. We see the alternate universe Reed Richards, learn the reason for his outrageous headgear, and look in on Dylan Brock, son of Eddie, although he’s unaware of that and still considers Eddie an older brother. Cates does occasionally touch on the continuing Carnage problem, but in a distanced way that keeps the focus on Dylan while also continuing his rebuilding of what Venom is. For all that, this is a lighter story, or as light as Venom ever becomes, Cates even throwing in a batch of other superheroes for the final chapter.

Artist Iban Coello was fine on the previous book, and continues that streak here, picking up on Ryan Stegman’s visual cue of symbiotes taking the form of animals as a type of disguise, and his clear storytelling makes everything easy to follow. Juan Gedeon’s opening chapter is also stylish, but he’s working on a lesser story overall, almost something that could have been a 1980s Spider-Man outing.

Cates has already dropped hints that Dylan is more than he seems to be, and here those hints are clarified in an epilogue chapter discussing the repercussions of what’s happened, that dropping a further few interesting hints of its own. That moves us into Venom Island, which is combined with this in hardback as Venom by Donny Cates Vol. 2. While better than average, this has been jumpy, and certainly suffers for barely featuring Venom. Other symbiotes and the bigger picture prove no substitute.

Anyone intending to read Absolute Carnage in some form as a separate story should be warned that the individual chapters here occur at various points, and so give away what’s happening. The final chapter is a definite spoiler. 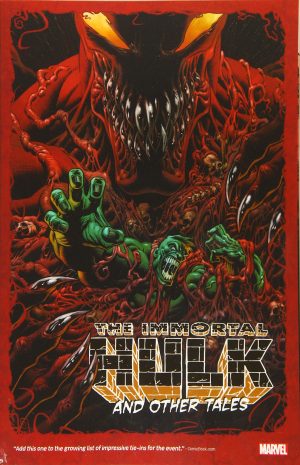 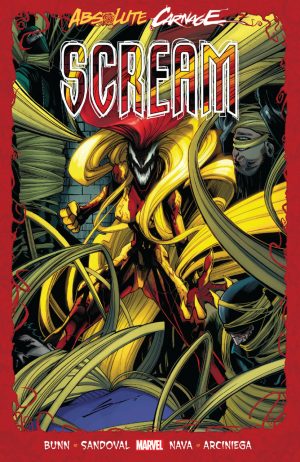 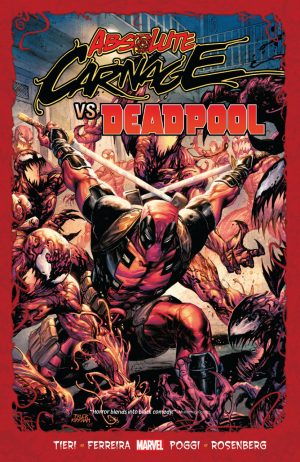 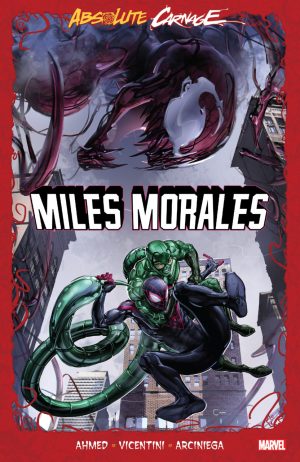