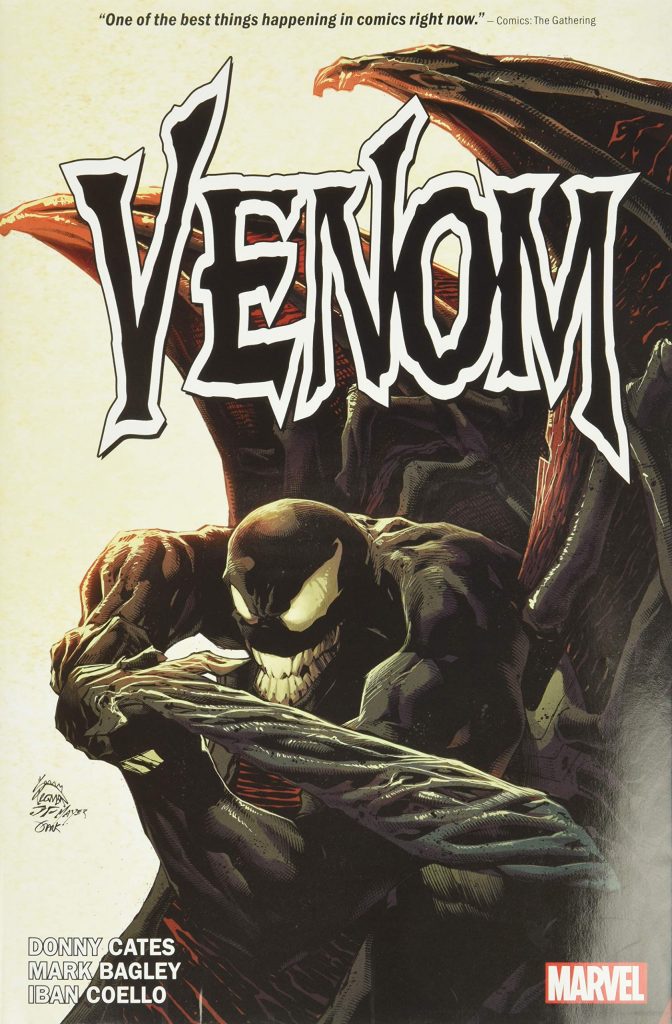 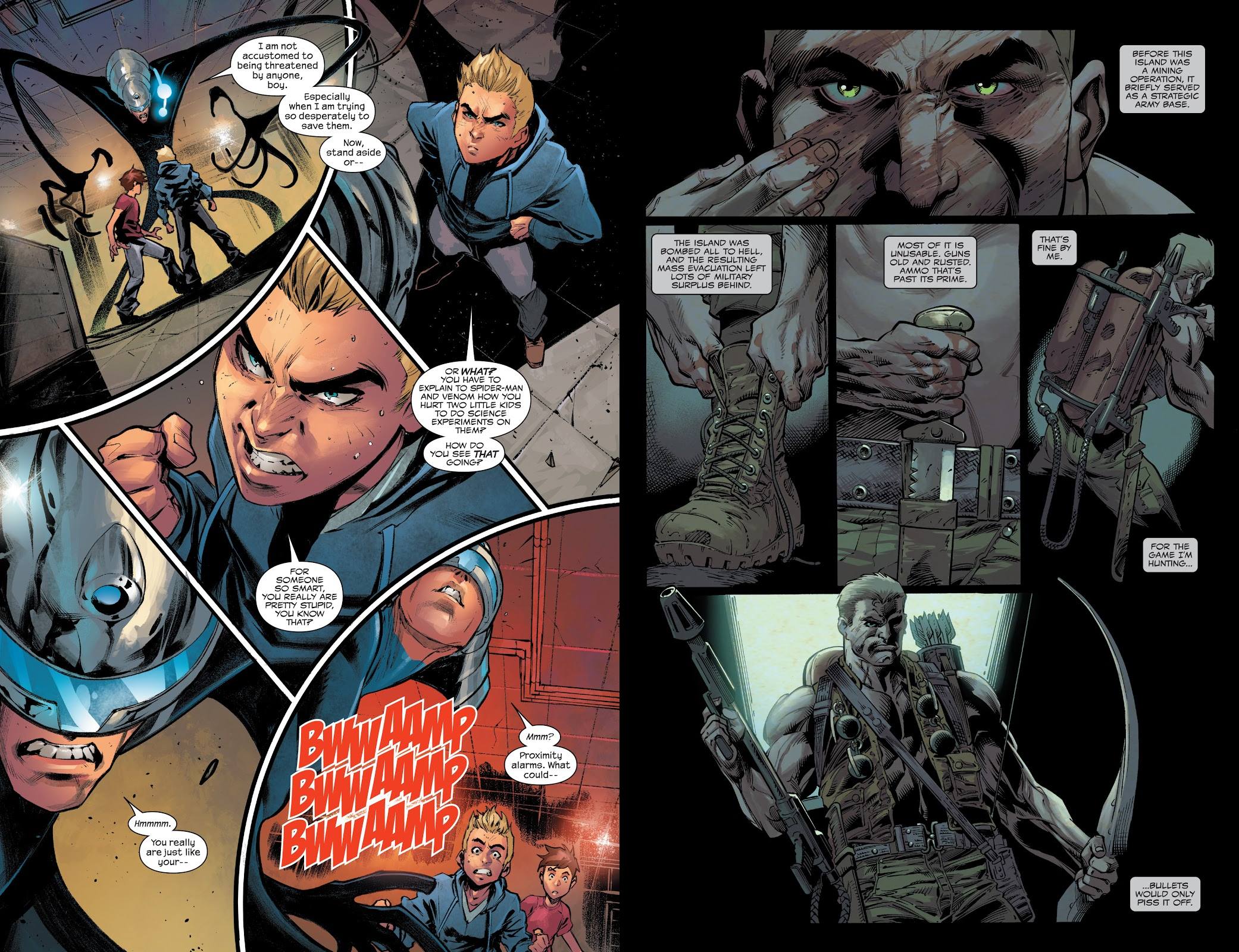 Anyone expecting a continuation of the horrors set in motion over the opening hardcover volume of Venom by Donny Cates could be in for a disappointment as this content isn’t as ambitious. The threat of Krull hovers in the background, and there’s certainly plenty of movement in Eddie Brock’s personal circumstances, but while what’s supplied entertains, it’s more traditional.

That’s partly down to the artistic absence of the remarkable Ryan Stegman, although no artist here is substandard. In fact they’re all good, but it’s like coming out of the Sistine Chapel and seeing a pleasing community mural. Iban Coello’s strength is storytelling clarity, which is accompanied by an anonymous style, although he sells the creepy aspects of his story well. Juan Gedeon illustrates the opener of Eddie looking for work naturally enough, although the actual story isn’t too distanced from Spider-Man stories of the 1980s. Talking of which… Mark Bagley, artist on Venom’s first solo story, is back to illustrate the longest outing here. He’s always been a first rate storyteller, but his style has evolved considerably since Lethal Protector, and he now has a sort of cinematic realism, or as much as one can have when drawing Venom. He supplies a great montage spread of all hell a coming.

These stories are also available in paperback as Venom: Absolute Carnage and Venom Island, and they’re a contrasting pair. Venom himself only has a minimal presence in the Carnage story, or at least these chapters of it, which focus on his son Dylan Brock, and the possible dangers he faces when Carnage has been resurrected and is hunting down anyone who’s previously bonded with a symbiote. The personal development is interesting, the alternate universe Reed Richards is creepily unhinged, and the Sleeper is an intriguing new character, but there’s also the feeling of marking time until the main event elsewhere is completed.

There is a greater purpose to the second story, which Cates and Bagley set up along the lines of a first person video game. Eddie heads to a remote island he knows is packed with both weapons and symbiotes with the purpose of ridding himself of an unwanted intruder. He’s significantly altered by the end, and Dylan has discovered more about himself, but it’s a collection of homages as Cates runs through some stock horror situations ramped up via the presence of symbiotes.

Presumably there will be more of these hardcover collections eventually, but for the time being Cates continues to thrill on Venom’s regular series.