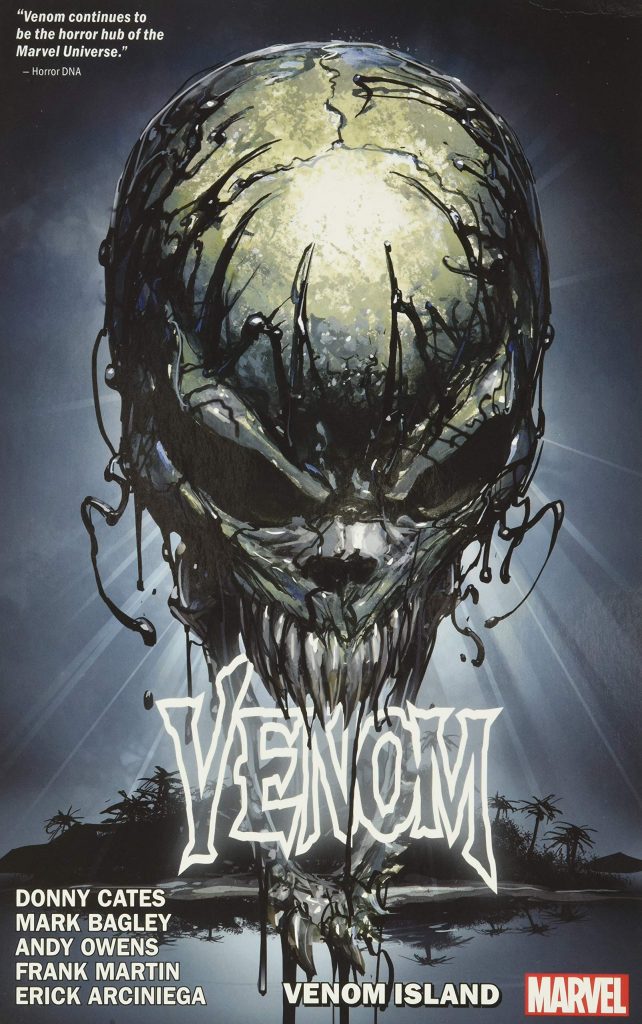 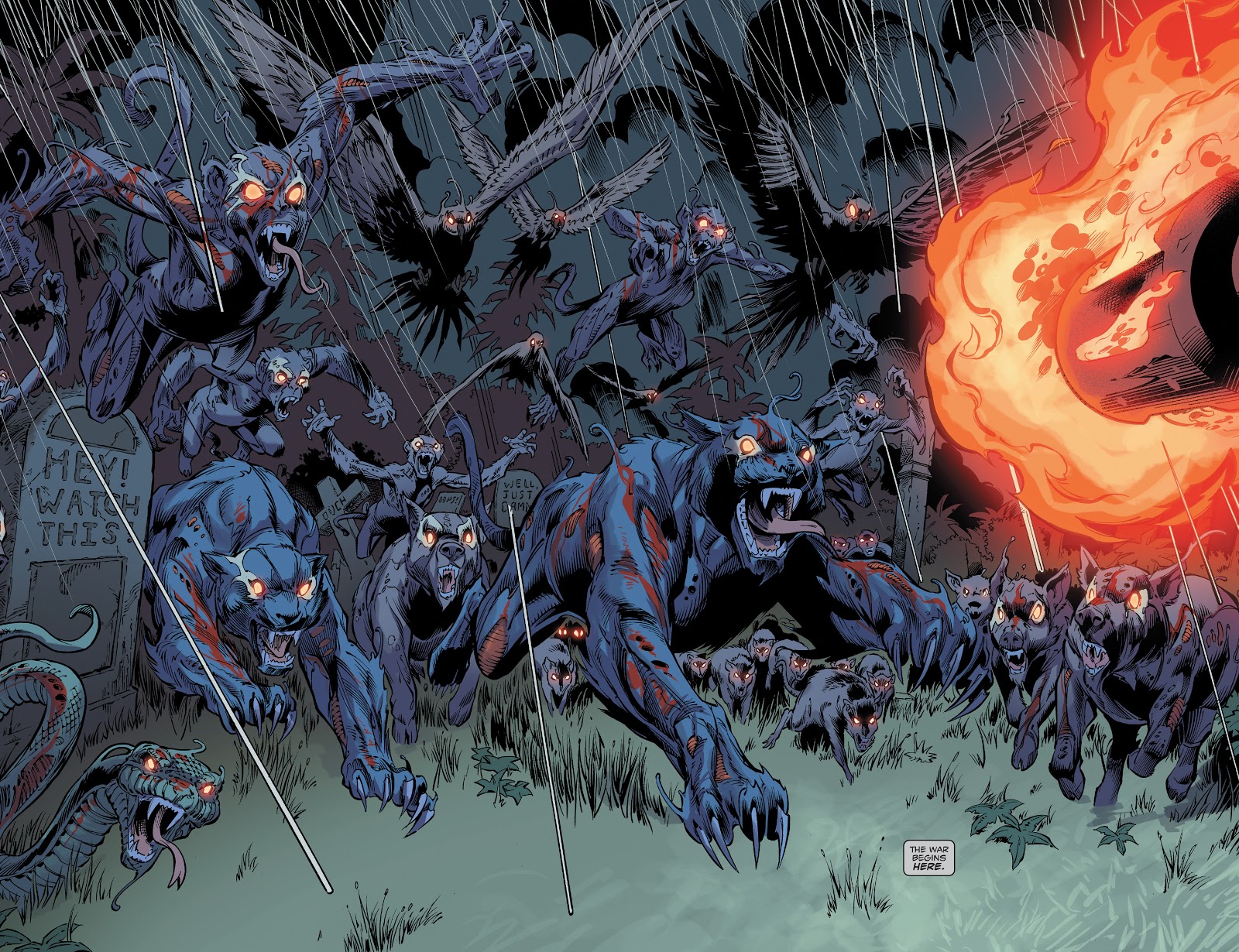 Venom Island opens with a revelation that will be new to anyone who has just read Venom: Absolute Carnage without reading the full Absolute Carnage story. When given a choice with no wiggle room, Eddie Brock prioritised the immediate safety of his son over the eventual fate of Earth, and he’s ended up hosting the Carnage entity as well as his own Venom symbiote.

As Eddie’s now hosting a pure form of evil, Venom Island is a more obvious horror story than Donny Cates has written for this series to date. It’s almost produced to the first person video game template of taking someone vulnerable, dumping them somewhere remote and dangerous, scattering potential weapons and traps around the place and then setting all hell loose. Other aspects of what’s going on toy with scenarios from horror films, some clichéd, but all produced with a self-awareness readers are intended to pick up, Predator in particular.

Mark Bagley drew Venom’s first solo outing Lethal Protector, but has come on some way since. His form of cinematic realism is well suited to the horror on offer, which takes several forms, Bagley on top of them all. His method of examining Eddie’s mind as a small man within a cage hanging in the void makes an impact, and near the end Bagley provides a montage spread to rank with the best of them.

Eddie’s driving force is the attempt to rid himself of Carnage, and hanging over that is the knowledge that something bigger and more horrific is coming, a mood Cates and Bagley deliver consistently. By the end Eddie has taken a sensible step, he’s changed due to Cates exploring another form of horror, and there’s been some progression with Dylan discovering what he can also do. That has a sense of convenience about it, although perhaps excusable given the general homage nature of the collection, and Sleeper is definitely wasted.

Venom Island is combined with Venom: Absolute Carnage in hardcover as Venom by Donny Cates Vol. 2, but for all the clever homages and the sense of something bigger eventually arriving, this is more standard Venom. It’s good, but the second consecutive volume that doesn’t match the series early highlights. Venom Beyond is next.