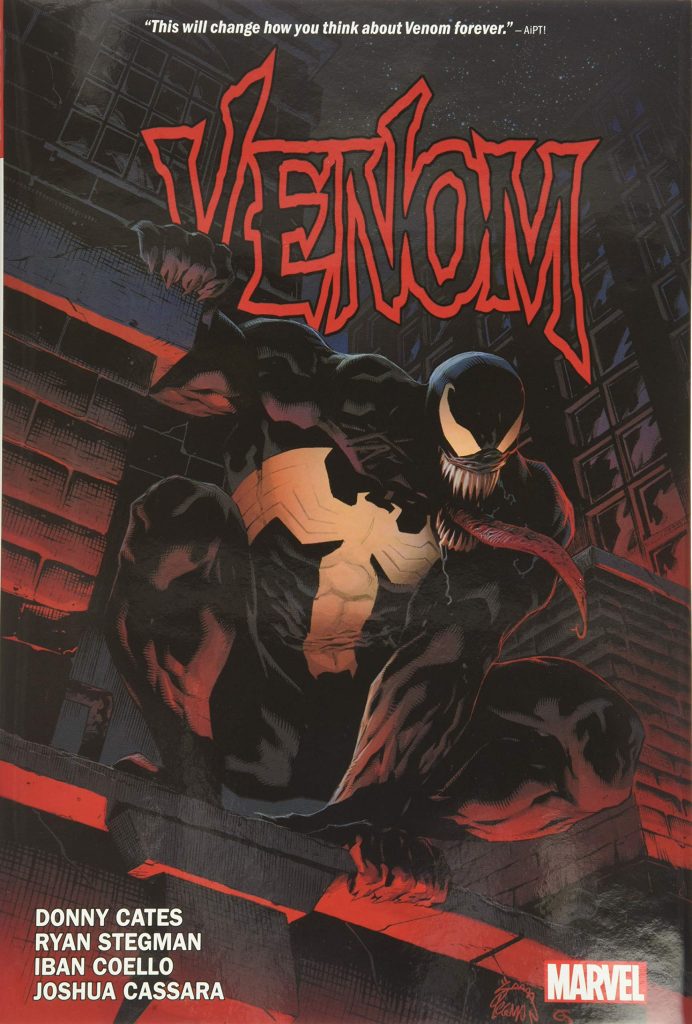 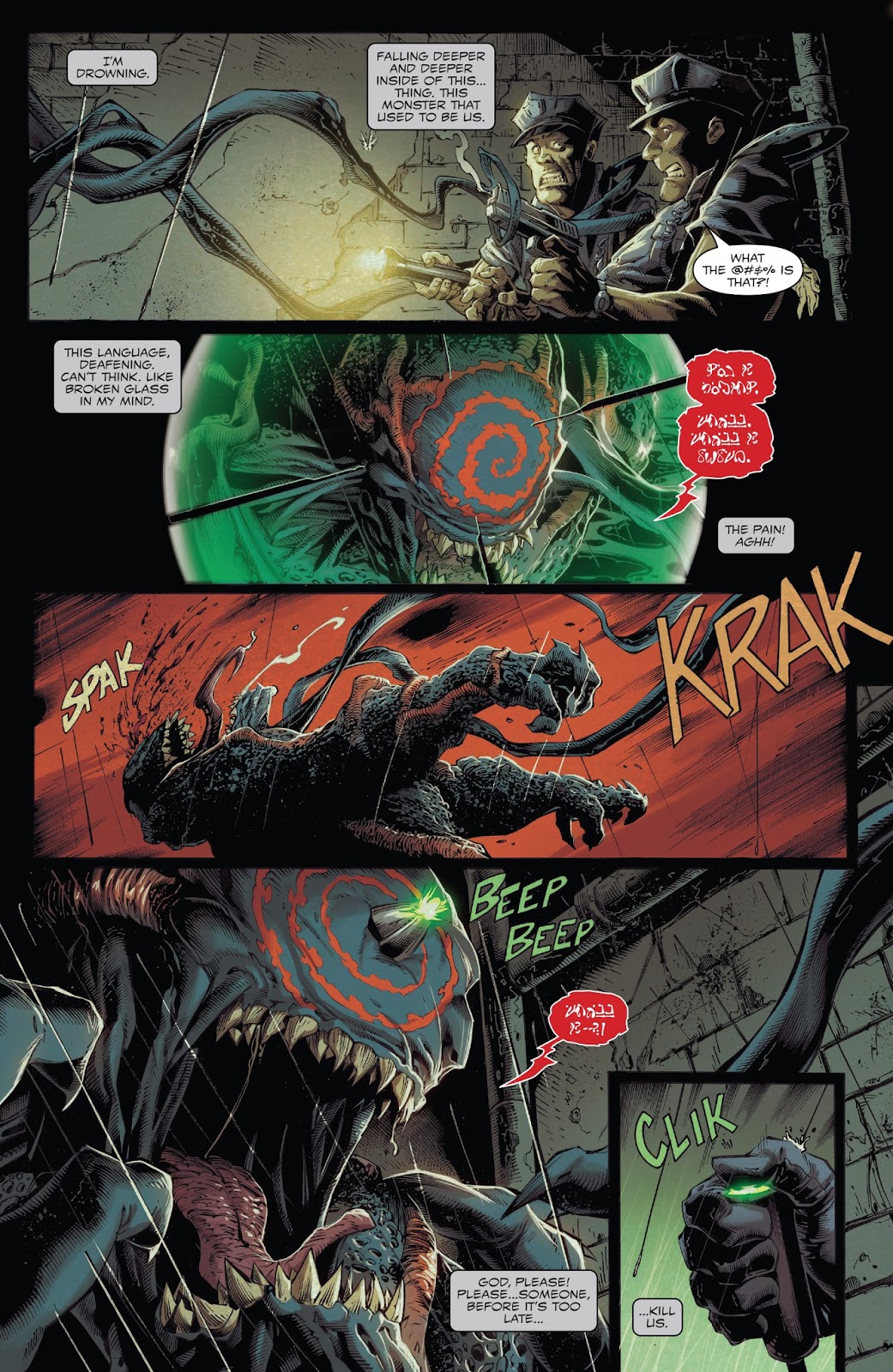 When Donny Cates was handed Venom to write, the 2018 Venom film was in the offing, so the decree came down that Eddie Brock would again be Venom in the comics. Cates establishes that quickly, then begins a massively ambitious story that concerns far more than just an alien symbiote bonded with a human as hero or villain. His priority is redefining who Venom is from the symbiote’s viewpoint, and as such this hardcover combining Rex and The Abyss is a formidable success.

It’s long been common knowledge that the Venom symbiote originates from a planet housing an entire race of such creatures, yet their greater background has never been explored, and that’s the starting point for Cates. In an extremely ambitious opening arc he heads back to the creation of the universe to introduce an evil with biblical overtones, a creature from the darkness with malign intentions. Just an aspect of him causes Venom no end of problems, and it’s clear there’s far worse to come.

Pick your own adjective to accompany the quality of Ryan Stegman’s art. Based on previous work he might not seem an ideal fit for Venom’s savagery, but his attention to detail and innate sense of grandeur make his Venom a visual treat. The art is elevated by the distinctive colouring of Frank Martin, who goes heavy on red for a memorable look. Stegman’s talent, though, seems without limit, and when he’s called on to illustrate the human tragedy of Eddie’s family hell his emotional drama is equally notable. The other artists used here, Iban Coello and Joshua Cassara, are both talented and clear storytellers, turning in quality pages that still can’t match Stegman’s work.

By the final chapter Cates has added considerably to the background of both Eddie and Venom, introduced two intriguing new characters, one a threat and the other a mystery, and revived another whose possibilities are ripe for exploration. The opening arc stakes a claim as being the best Venom story ever, and the follow-up is also strong. Add in the magnificence of Stegman’s art and you have project worth considering in this expensive hardcover format. 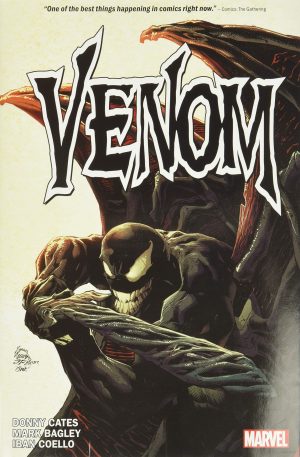