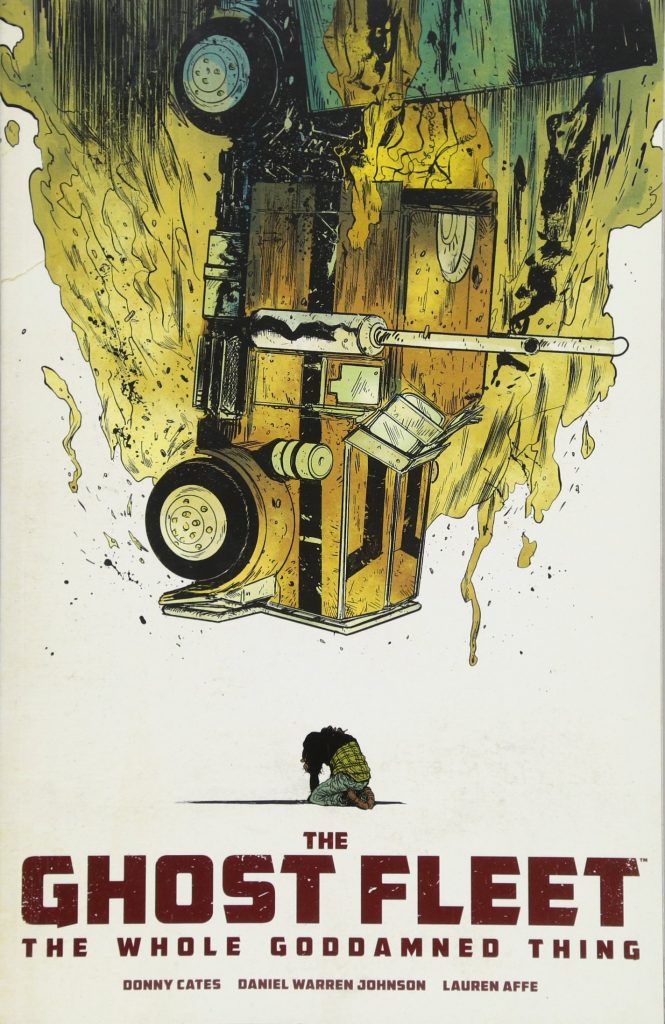 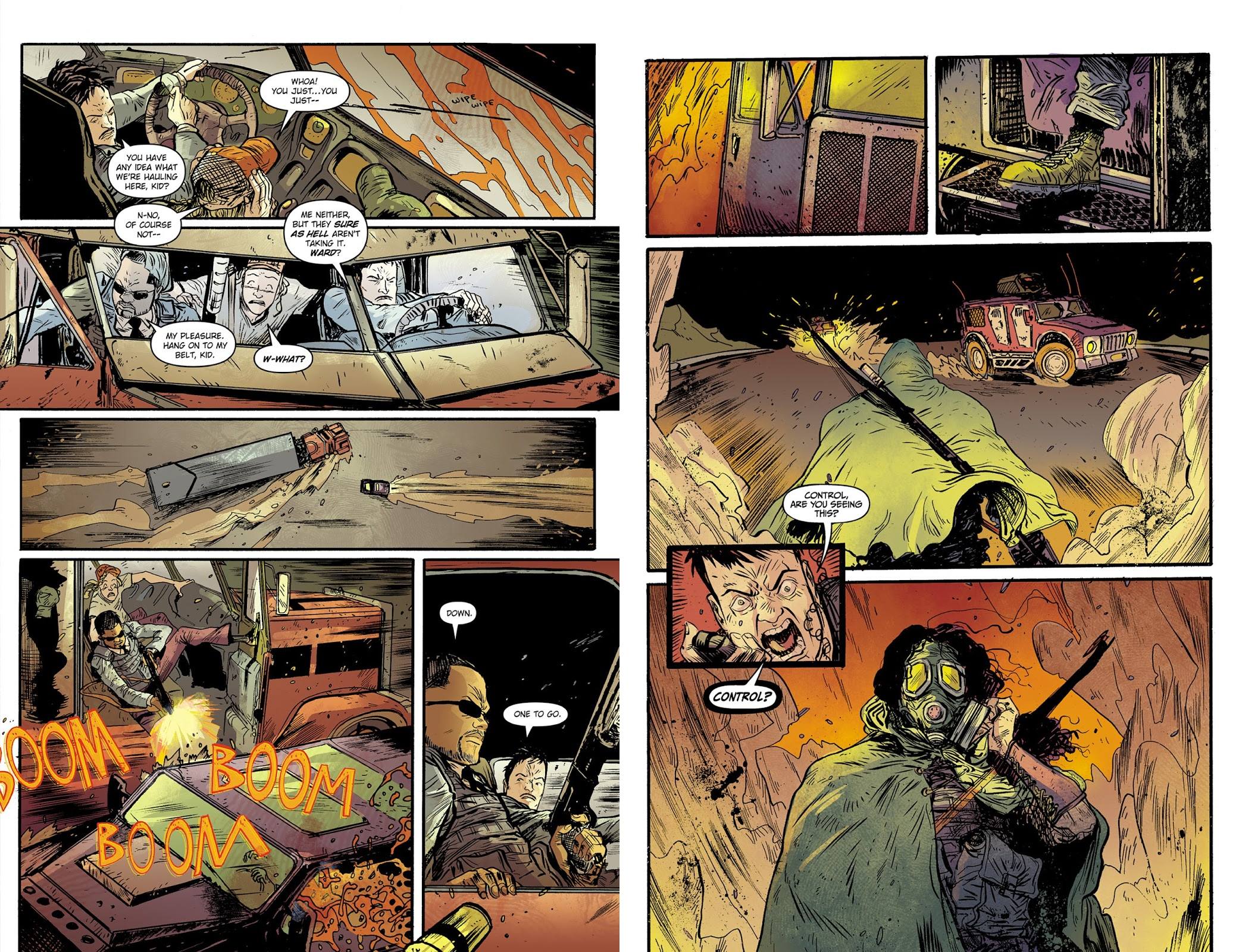 The Ghost Fleet confounds expectation so many times. Read the first chapter and you’ll expect an action thriller motivated by revenge, as Donny Cates ensures there’s one hell of a visual sequence for Daniel Warren Johnson to provide the spectacular start. Action is a large part of The Ghost Fleet, but wait a minute, that first chapter begins during the American War of Independence and closes in the future, and the second definitely features some sort of mystical location. Horror also features heavily. The genre-straddling mood is perpetuated through what’s one big, loud beast of a story.

Cates deliberately keeps some truth hidden, enabling speculation, and The Ghost Fleet is best experienced without knowing those things, yet he also employs a clever form of storytelling that sometimes places readers a step ahead of the cast. The fleet itself is an organisation, seemingly of long standing, tasked with transporting unique items to a new location. These items are dangerous, and transported on behalf of some wealthy and powerful people with considerable resources. Can one motivated man, then, bring the whole thing down? That motivated man is Trace, and part of his motivation is revealed under surprising circumstances in the opening chapter, while the remainder stretches back to the past and is revealed in the fourth chapter.

It might be thought that action is best supplied in a classic pseudo-realistic style, but Johnson will change your mind about that. His scenes featuring massive great trucks and the damage they can do have all the necessary energy, partly because his far looser approach enables an amazing sense of movement. Alongside he still provides the depth of personality making us care about the people we’re supposed to.

The Ghost Fleet almost makes it to the end sustaining the questions and the suspense, but it drops at the final hurdle as the answers Cates provide lack the originality of his build-up. There’s a rush to the finish that ties things up too quickly and too simply, prioritising the action at the expense of any proper explanations, which completely ignore the distant past of the opening page. Still, buckle up, because it’s one hell of a ride getting there.