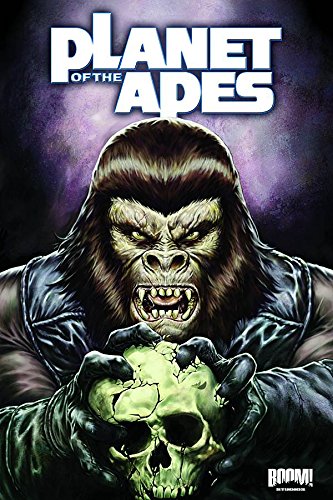 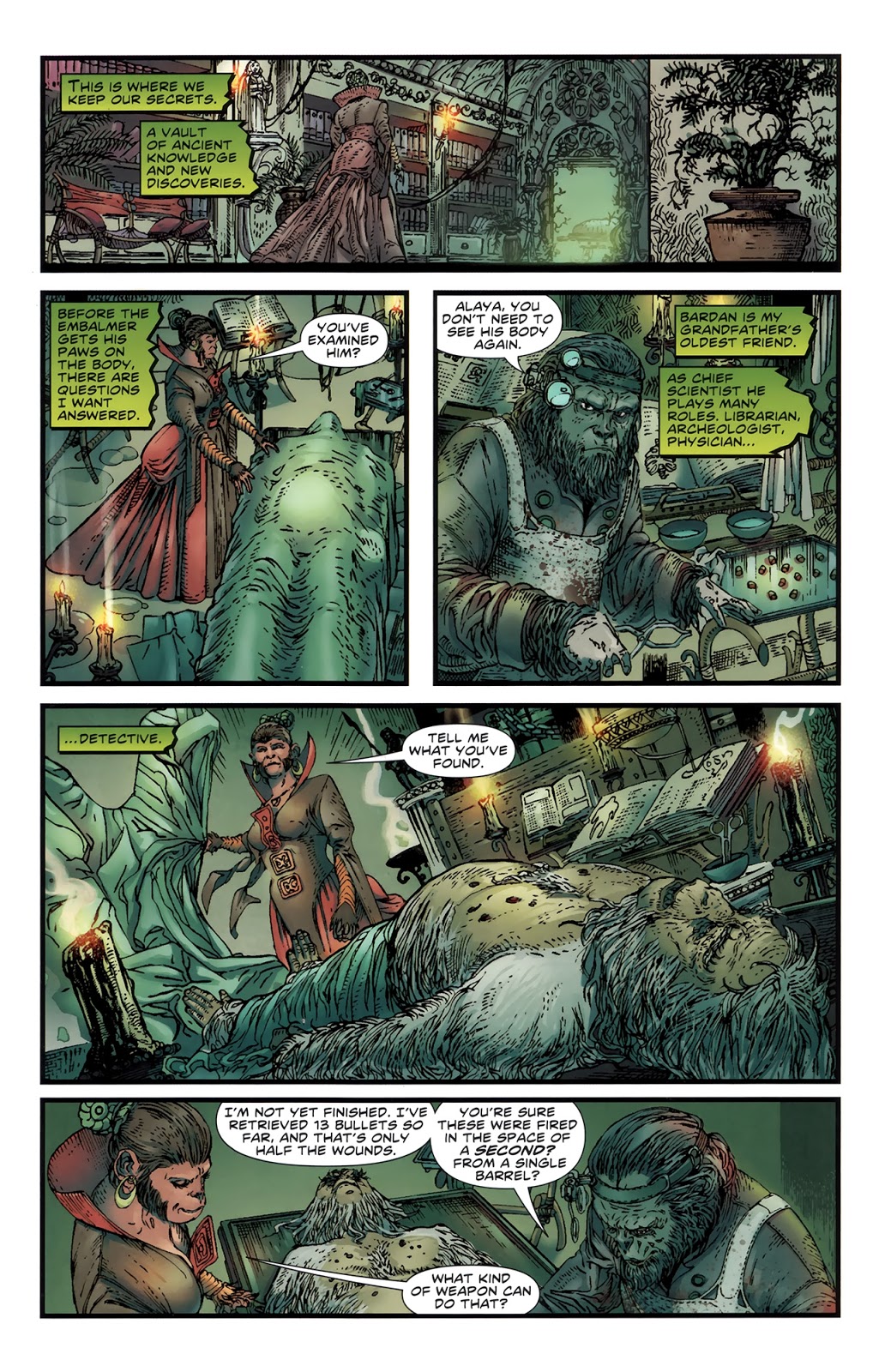 Dark Horse made an effort, but too many comic publishers who’ve presumably paid good money to licence the Planet of the Apes franchise have all too often figured fans would accept any old tosh. Boom! Studios published a version that they cared about.

Writer Daryl Gregory begins with a rod removed from his back by not having to tie into any film continuity, setting his series 1200 years before the events of the 1968 film. While tensions are present, humans and apes co-exist, although that’s threatened by an execution starting the story, a masked human assassin responsible, using a machine gun, a weapon not seen since all such were buried hundreds of years previously. It must have been specifically manufactured in the human ghetto, and nominal leader Sullivan is given two days to hand over the culprit by her childhood ape friend, now part of the ruling class, or the troops will be sent into the human ghetto.

Already a novelist with three books to his name, Gregory has another massive advantage in collaborating with Carlos Magno, who spares no effort to create artistic magnificence, whether that’s in the palatial ape areas or the human ghetto. Every location is filled with the detail showing people live or work in that environment, and yet this never distracts from the main figures needed to tell the story. Whether they’re talking or moving Magno supplies those with equal skill,

If you choose to see Planet of the Apes as a parable for racism, then Gregory supplies that, with the ape general Nix specifically referring to humans seeing themselves as superior, but Gregory’s primary concern is a cracking adventure. After establishing the main cast and their motivations, he sets all hell loose, but then, cleverly, pulls back slightly to explore the political situation further, and pass on the resentments of the past. It’s because he’s playing a long game with The Long War, which isn’t something to be finished over four chapters. It continues in Vol. 2, The Devil’s Pawn, and the question can seriously be asked whether there’s ever been a better Planet of the Apes graphic novel.

The Long War was later collected with the four volumes completing the story as Planet of the Apes Omnibus. 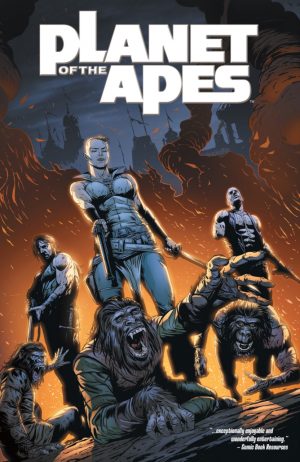