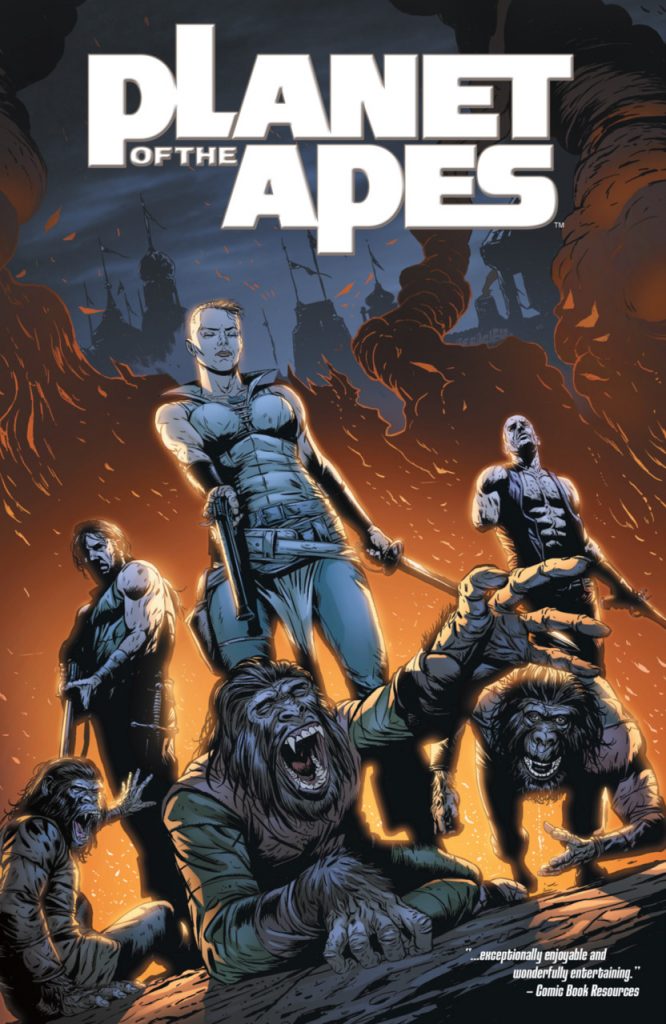 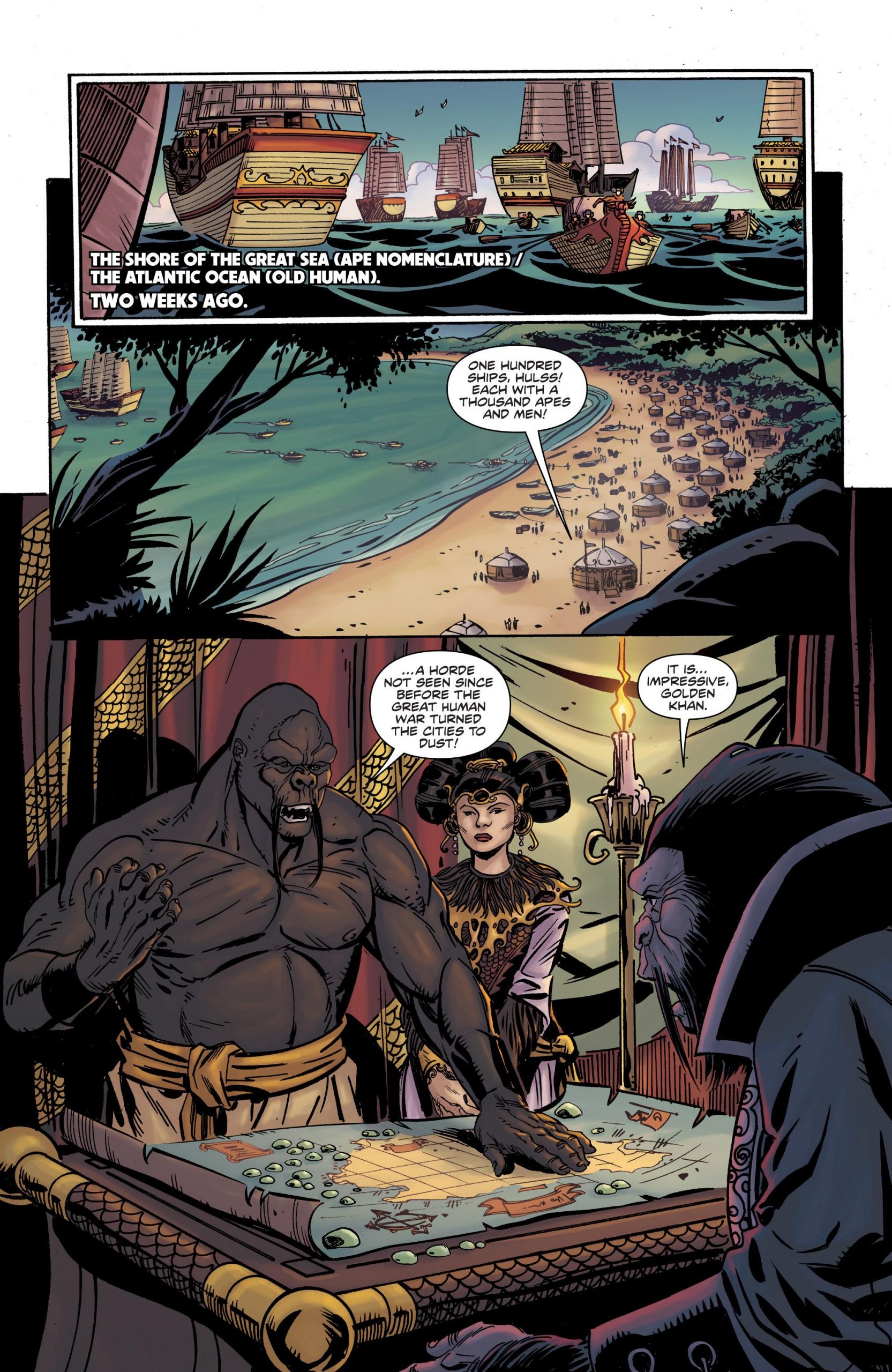 Over four previous volumes this Planet of the Apes series has been a model of consistency, intriguingly written by Daryl Gregory and spectacularly drawn by Carlos Magno. Magno’s replacement, therefore, by Diego Barreto is then an unwelcome surprise. Thankfully, this is Barreto making an effort, so while the art doesn’t approach Magno’s quality, it tells the story well, characterises the cast well and supplies the occasional decorative page and spectacular spread.

The Half Human ended with insurrection turning ape against ape in the city of Mak, while the human community seemed to have a realistic chance of taking back power. Sully has been reunited with her son Julian, who has learned a few home truths, and Alaya’s plans appear to have been prevented. Gregory chooses to narrate much of the story as it was written in the future, and there’s a tension instilled by this, not just down to the use of foreboding language, but because of those referred to directly and indirectly. The one person we quickly learn has survived to look back is Julian, and Gregory’s used him more smartly than first appeared. He’s been fed with the opinions and justifications of several major players, and is in the best position to decide whose motivations have the greatest validation. Even with hindsight that’s not exactly clear, as the ground keeps shifting, and what once might have seemed an impossible alliance becomes a necessity. Hanging over everything, of course, is hope. The cast have the hope their vision will prevail, and the readers have the hope that although they know what awaits a few hundred years in the future, perhaps there will be a brief oasis of peace.

Gregory’s plotted exceptionally well from the start. Not everyone is always centre stage, but there’s no-one playing a major part in this conclusion who takes us by surprise. The ending is stunningly staged, revealing how true someone has been to their ideals as stated way back in opening volume The Long War. Even with that clue it’s unlikely anyone will see the ending coming, which is very satisfying. So is the rest of The Utopians. The story twists and turns, as it has all the way though, but eventually arrives at the point Gregory intended all along. It lives up to Aaron’s cover quote, and any future movie director looking for a Planet of the Apes epic to film surely couldn’t do better than starting here.

In 2019 Boom! Studios reissued the entire thriller in one Omnibus edition.