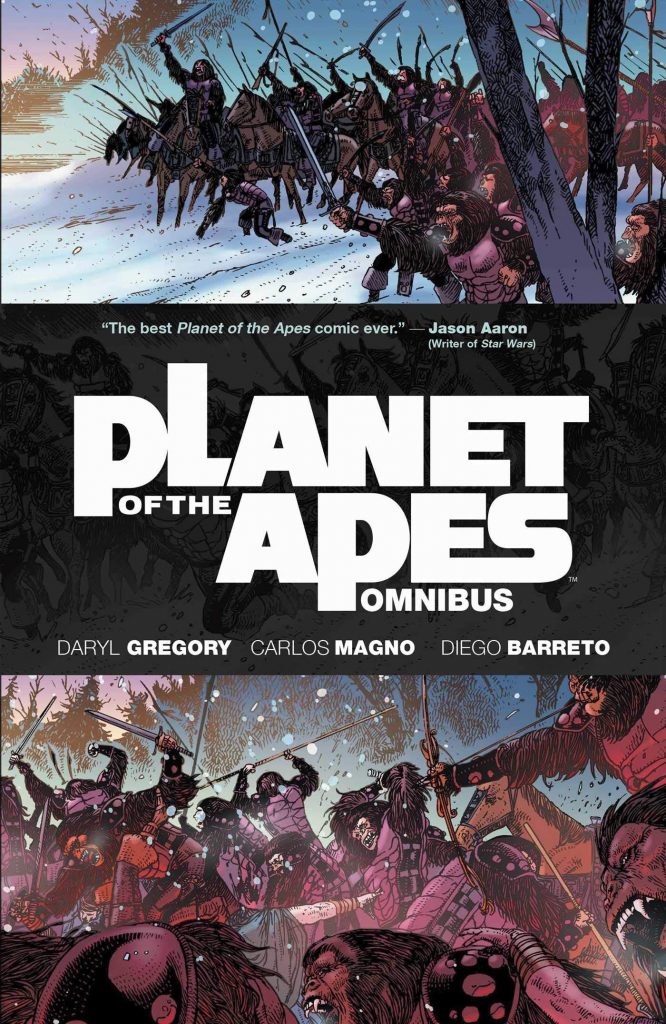 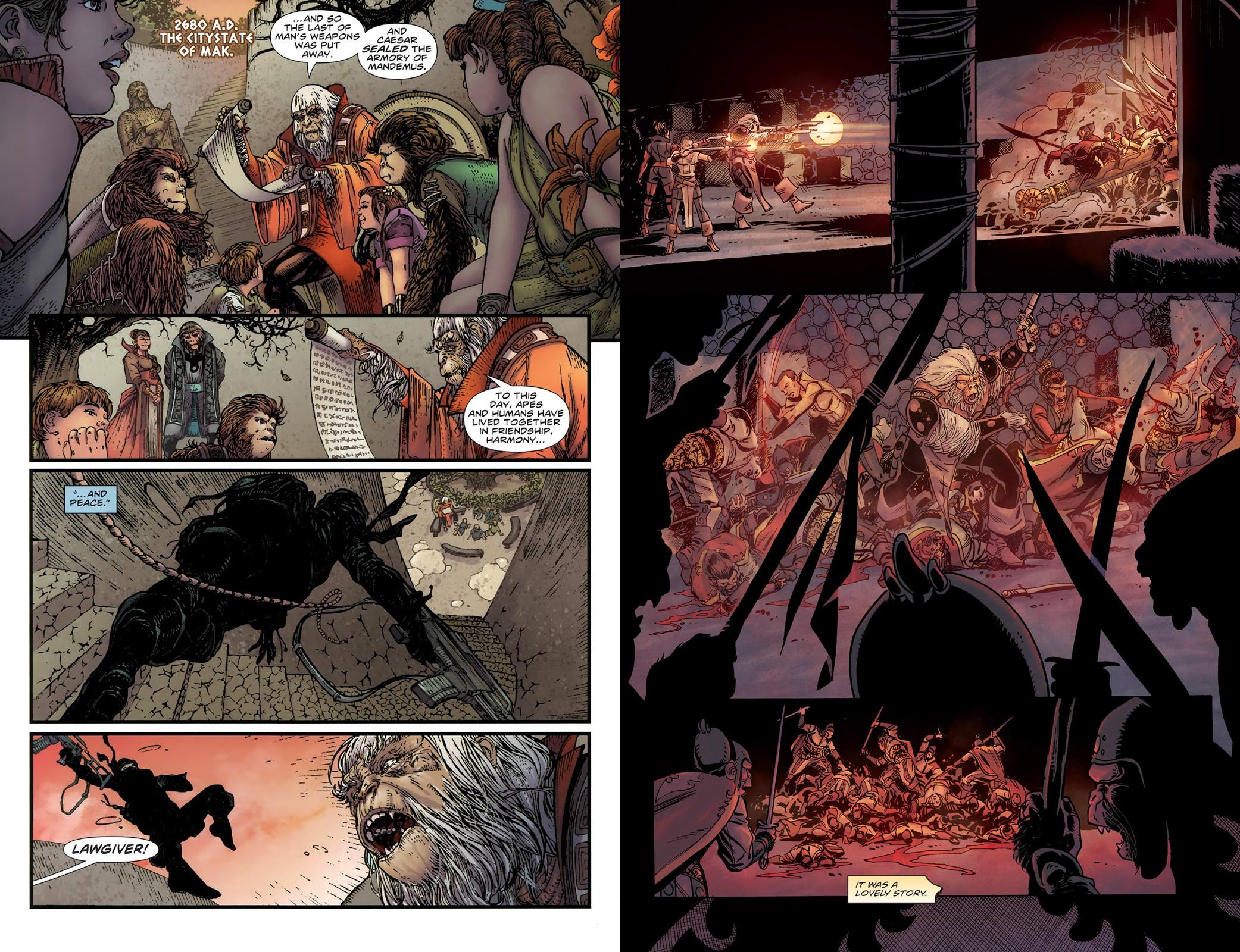 Considering there’s a cover quote from Jason Aaron proclaiming this best Planet of the Apes comic ever, this story has a lot to live up to. It manages with ease.

Rather than be restricted by the movie continuity, Daryl Gregory sets his epic 1200 years before the events of the 1968 film. He focuses on the city of Mak, where humans and apes co-exist uneasily under ape rule. It’s the apes who have the luxury, while the humans are restricted to a shanty town derisively referred to by the apes as Skintown. Revolution is fermenting there, and an epic kicks off with the assassination of the ape Lawgiver. It’s a tragedy that several see as their opportunity to achieve their ambition. One of them actually succeeds by the end, but not before further and greater tragedy supplied by Gregory’s page-turning plot.

While Gregory’s thriller is first rate, the initial impression is supplied by Carlos Magno’s art, and what a treat that is. There seems to be nothing he can’t draw well, and with a decorative polish. He needs to distinguish a broad cast, yet his humans and assorted apes all have visual personalities, and they’re equally well depicted whether standing or moving. The storytelling is exemplary, with never any doubt as to what’s going on, nor what the most important aspect of a panel is, yet at the same time Magno fills those panels with detail and ornate touches, whether he’s showing the glory of Mak or the shabbiness of Skintown. Unfortunately, he doesn’t draw the entire story, as the final chapters are supplied by Diego Barreto. Thankfully, Barreto knows what he has to live up to, and while his art isn’t as impressive, had he drawn the series from the start as he does those final chapters, there would be no complaints. Magno’s sample art is the opening page, and Barreto’s from near the end.

A great aspect of this story is that there’s no certainty as to who’s right. Everything is shades of grey. An early spur for human revolution is what’s known as the Delphi Incident, and when we’ve heard about it a few times Gregory and Magno show us what happened. That, however, isn’t the entire story, as they later jump back still further to a community where humans and apes peacefully co-exist, and show us how that ended. Chronologically, that’s where we first meet three key characters, the ape Alaya, the human Sully, and ape warrior Nix. It’s Alaya and Sully’s relationship that’s at the core of this story. As children they survived tragedy together, then lived in luxury together, yet they have very different views on what’s the best way forward for the world. It’s seen by one as idealism against pragmatism, but isn’t that simple. Almost a dozen other characters play important parts, each of them fully rounded and with a certainty about them, which in turn means the reader can never have any certainty about events.

Gregory, Magno and Barreto more than live up to Aaron’s cover quote, and the next time a film maker’s looking for a Planet of the Apes plot they couldn’t do better than cast their eyes in this direction.

This story was previously serialised over five slimmer paperbacks, given titles internally, but only numbered volumes 1-5 on the spines. Follow the link to The Long War if you’d prefer greater details about individual plots. 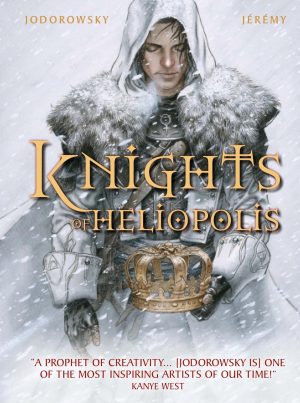