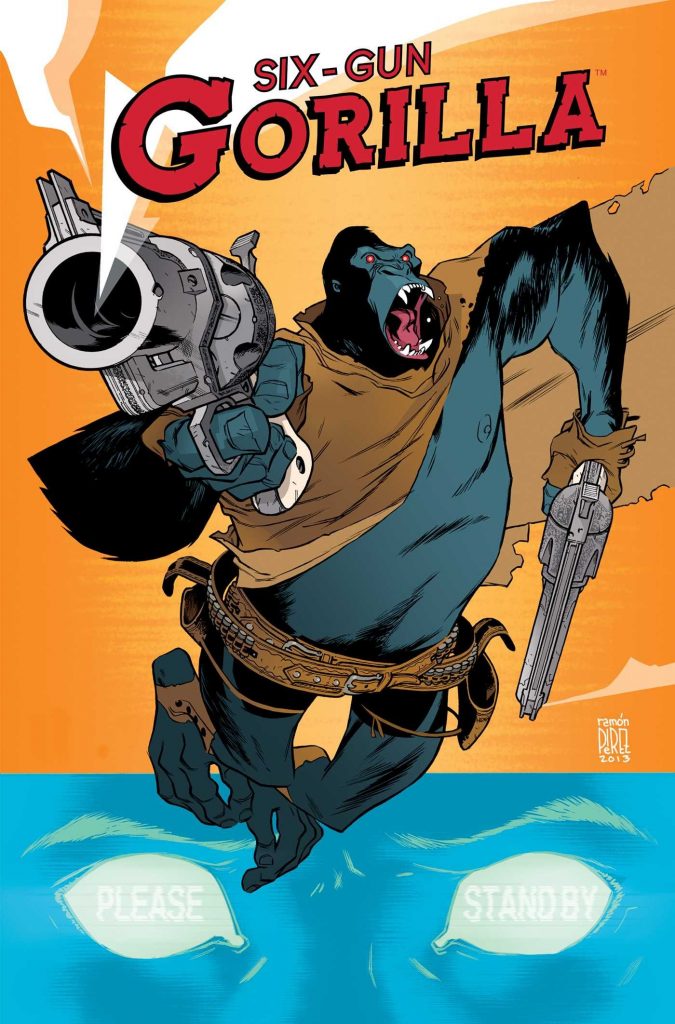 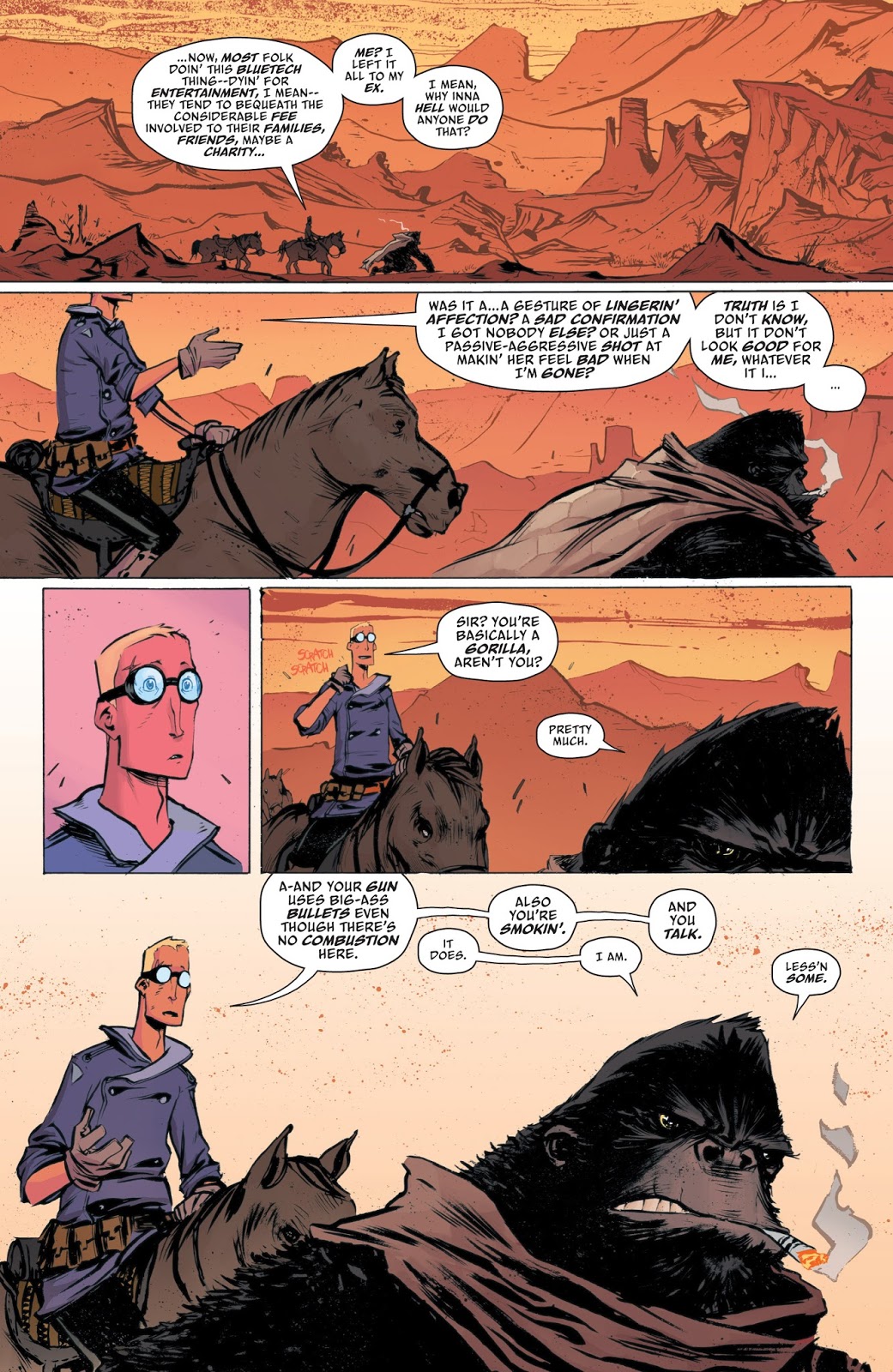 Among the ways mankind has improved the consumer experience in the 22nd century is by offering the opportunity to be shipped to a strange alien world of perpetual warfare with a psychic implant that will let followers back home on Earth experience your death. It’s a service provided both to volunteers and to criminals, and to ensure the entertainment is the full package, neither bullets nor combustion work on the alien planet. Except if you’re a talking gorilla, that is. Experiencing that first hand is the suicidal Blue, victim of a failed love affair who’s bequeathed his payment to the woman who spurned him. And there’s a complication. The planet at issue was occupied before humans arrived to pillage the place for food to be sent back to the Earth, and the war is between Earth troops wanting to protect their ill-gotten territory and the rebels attempting to send them back home. Like all good Westerns, human interest is provided by the ordinary people caught in the middle just wanting to be left in peace.

Si Spurrier’s first writing was for the Judge Dredd Megazine, and Six Gun Gorilla feels like a story conceived for that venue, what with it being set in the future with a strong science fiction and warfare background. Spurrier’s also making a point about the pernicious influence of ‘reality’ TV, about how people are so caught up in the lives of others that they don’t live themselves. For all his claims of superiority due to his actual reading, Blue is as guilty as anyone else, immersing himself in the pulp worlds to create his own fantasies. The theme of freedom from self-imposed shackles continues throughout as Blue heads on a steep learning curve to become the star in his own story

Jeff Stokely takes a sketchy approach to the art, which is appropriate both for the windswept and sandy conditions and for the eventual revelation as to what’s going on. He’s also a match for Spurrier’s imagination. There’s a lot thrown into Six Gun Gorilla, and Stokely delivers it in style.

References to Clint Eastwood’s Westerns pepper the script, hinting that Spurrier’s aiming for the same mythical quality, but can’t distil his plot down to Eastwood’s essential simplicity. There’s certainly a case for not rolling out everything in linear fashion, but Six Gun Gorilla is compromised by too many ideas. That’s certainly better than too few, but the end result is that they never have the space to breathe, and what would have worked brilliantly as a simple mood piece is overly-complicated. What’s also surprising is that when it comes to the final reel, the revelation to make us all gasp, Spurrier finally takes the obvious route, but in the context of what’s come before it’s only surprising because it’s the one time imagination fails.