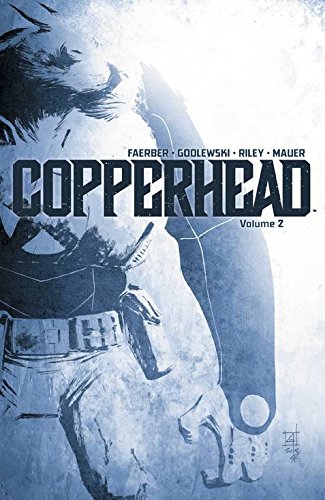 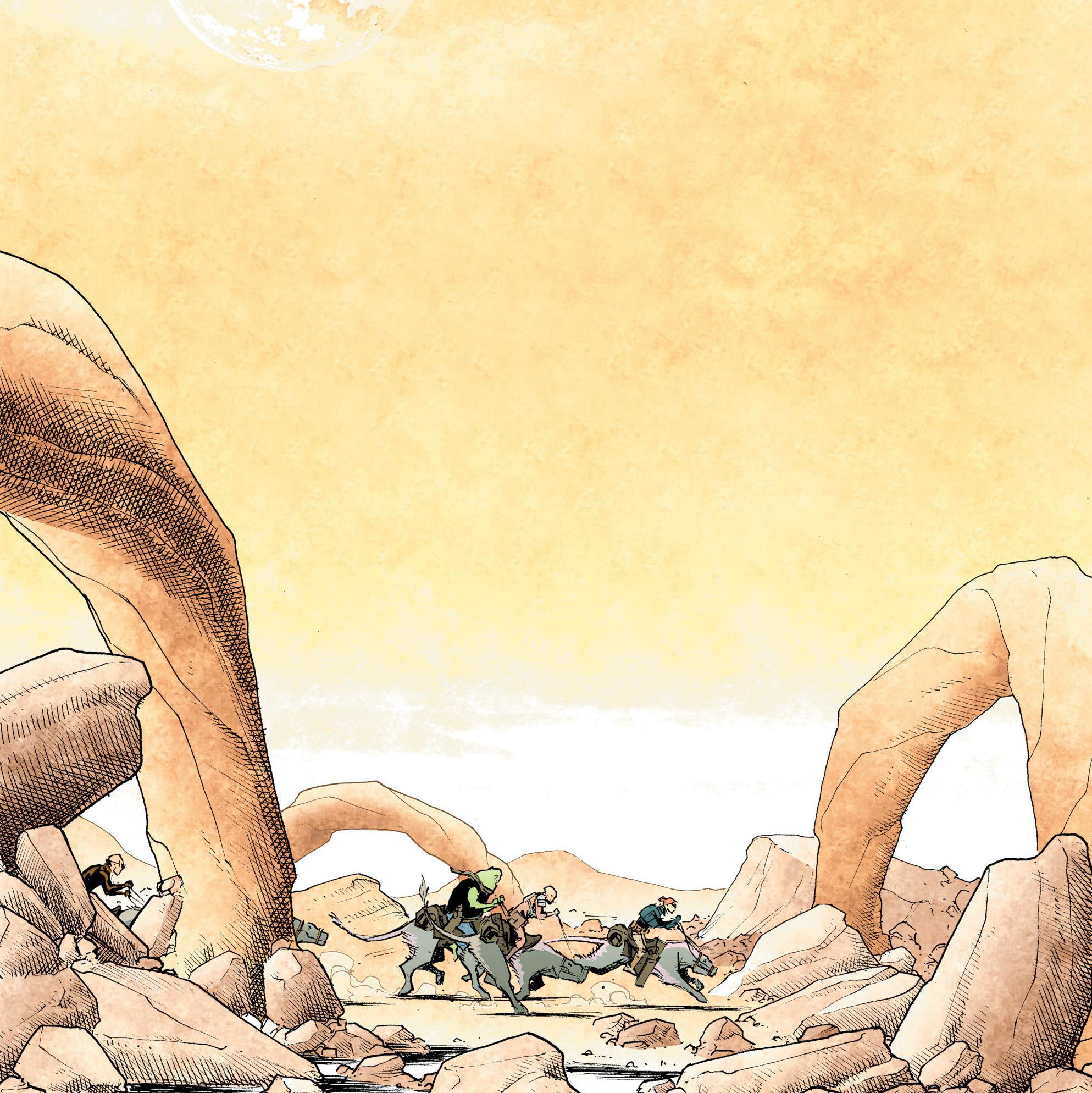 It wasn’t that Clara Bronson wanted to be posted to the alien mining outback of Copperhead, but after previous suspicion and misbehaviour she had little choice. So now she’s the Sheriff, she has a resentful deputy, and the political situation in the town is murky to say the least. Still, on the positive side, as seen in volume 1, she’s found the ideal babysitter for her young son Zeke, and the local school teacher seems a nice enough guy.

Jay Faerber continues to take familiar Western scenarios and give them a little twist, and as in the preceding volume, he may start in leisurely fashion, but rapidly builds up a head of steam. Bronson has two problems here, one internal and one external, which is rapidly sidelined for future use. Instead her routine slap down of a local thug escalates, nicely foreshadowed by Faerber in a manner no reader familiar with the genre will believe, and that becomes the story.

The characterisation has some fine touches, although our lead Bronson is far from the only focus. Faerber drops in on other characters throughout, but a lesson learned from volume one is that without complete context it’s never entirely clear if we should take matters at face value. The loner introduced previously acquires a greater complexity, and the middle chapter almost entirely concentrates on the local gangsters. That offers some fine moments of idiocy with inept henchmen. “I’ve got both eyes, how come I’m not leader?” wails one idiot, while his supportive companion offers “You’d be a great boss. I’d take orders from you.”

Artist Scott Godlewski is even better than in the opening volume, settling into his scenario and supplying authentic Western locales and detail along with inspired science fiction design. You almost have to wipe the dust from your eyes looking at some of his windswept landscapes. At times there’s an almost Moebius-like abstraction to them.

This story is far more the traditional Western than the introductory arc, but there’s no downside to that. Coppehead has a compelling dramatic hook and fine art. You really should try it. Quite apart from anything else, the ending’s a stonker. You’ll want to hit volume three pretty damn quick.