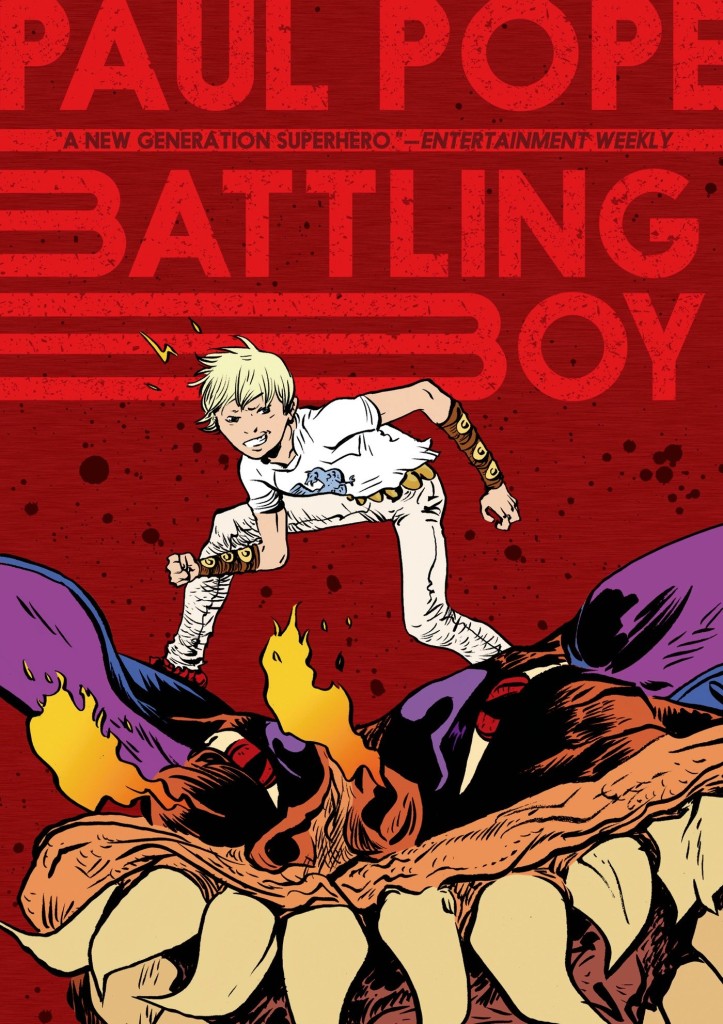 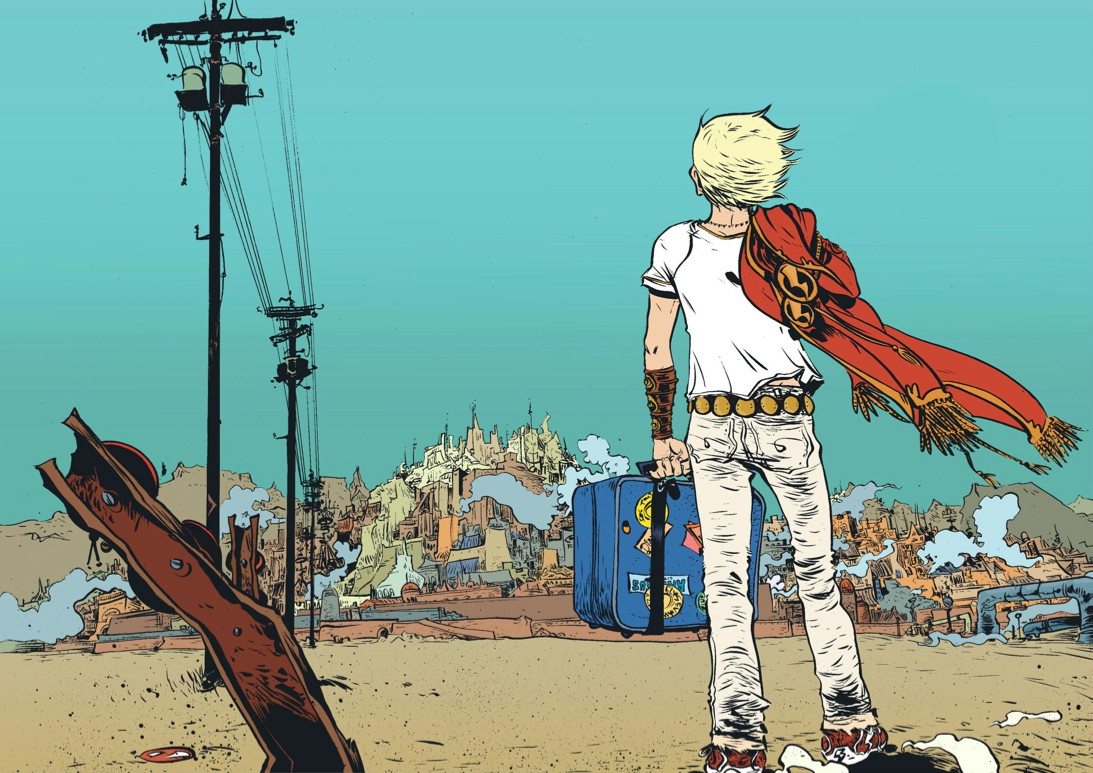 Beginning with his initial self-published material Paul Pope has always been a singular and distinctive creator. He deals in adventure, but filters his influences from sources way beyond the standard American superhero that’s the start and finish for many. He synthesised his style, and there’s been little deviation from the earliest days. Pope’s art is instantly identifiable. His women pout and have straggly hair, clothes are rumpled and worn in naturalistic fashion, his landscapes and cities are jagged and uneven, and his panels cluttered and overlaid with sound effects.

Battling Boy is an odd story, episodic and fragmented, yet at times compelling and thrilling. The twelve year old boy of the title is the son of a mighty warrior God, Thor in all but name, deposited in the besieged world of Arcopolis to become its hero as part of a coming of age routine. For an unknown reason the city is beset by monsters. Some are building sized with an aggressive personality, while others are human sized, and work in gangs to abduct young boys. Battling Boy has a guidebook and a totemic set of t-shirts enabling him to adopt the abilities of the pictured creatures.

Before all that, though, we see the city’s previous hero Haggard West and his attempts to counter the monsters, aided by his teenage daughter Aurora. She’s involved in an initial and startling action set piece, which is outdone by Battling Boy facing off against the monstrous Humbaba over a stunning eighteen page sequence. Pope has always been visually imaginative, and the vivid colouring of Hilary Sycamore expands his repertoire.

Battling Boy himself is an interesting and eminently likeable character. He has a plucky attitude, but comes across as a twelve year old, admitting he needs help and later taking the difficult decision to make a confession. Aurora, who has a part to play here, is older and less easily read, perhaps deliberately so as her past is revealed in two prequel volumes starting with The Rise of Aurora West.

Pope returns to a theme explored in previous work with a few pointed comments about the malign influence of marketing and administration, amusingly in the context of a celebration parade. He also constructs a credible mythos with a lot going on here over 200 pages. We switch scenes often, back to Aurora, to the mayor and to Sadista, head of the child kidnappers, but very little is resolved and it ends extraordinarily abruptly. There’s no indication this was to be the first of a series, so that odd conclusion is likely to leave many puzzled. While we’ve had the pair of Aurora prequels, it’s been two years and counting since we last saw Battling Boy.

This is a bold and exciting redefinition of the superhero that would have benefited from a more singular focus.