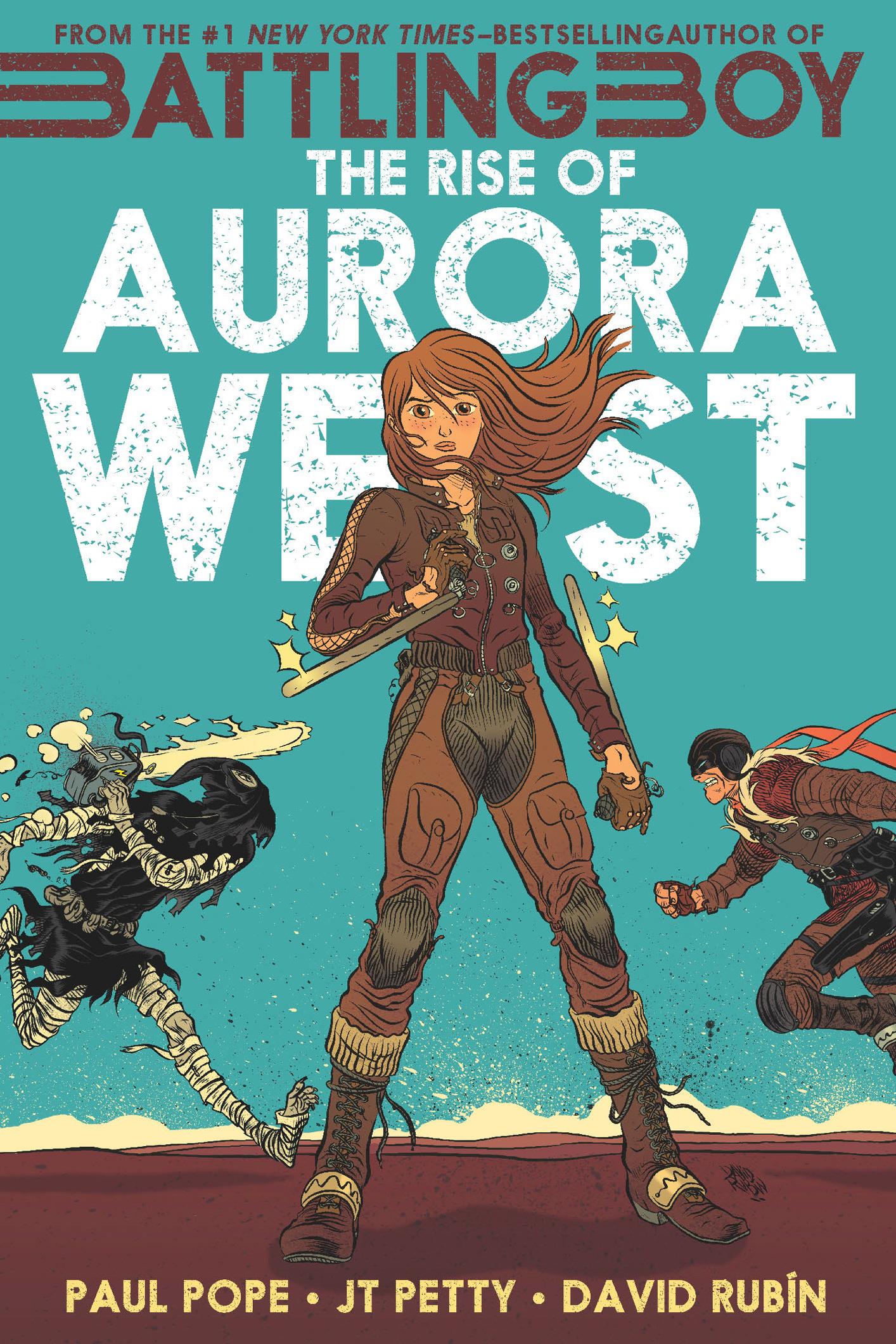 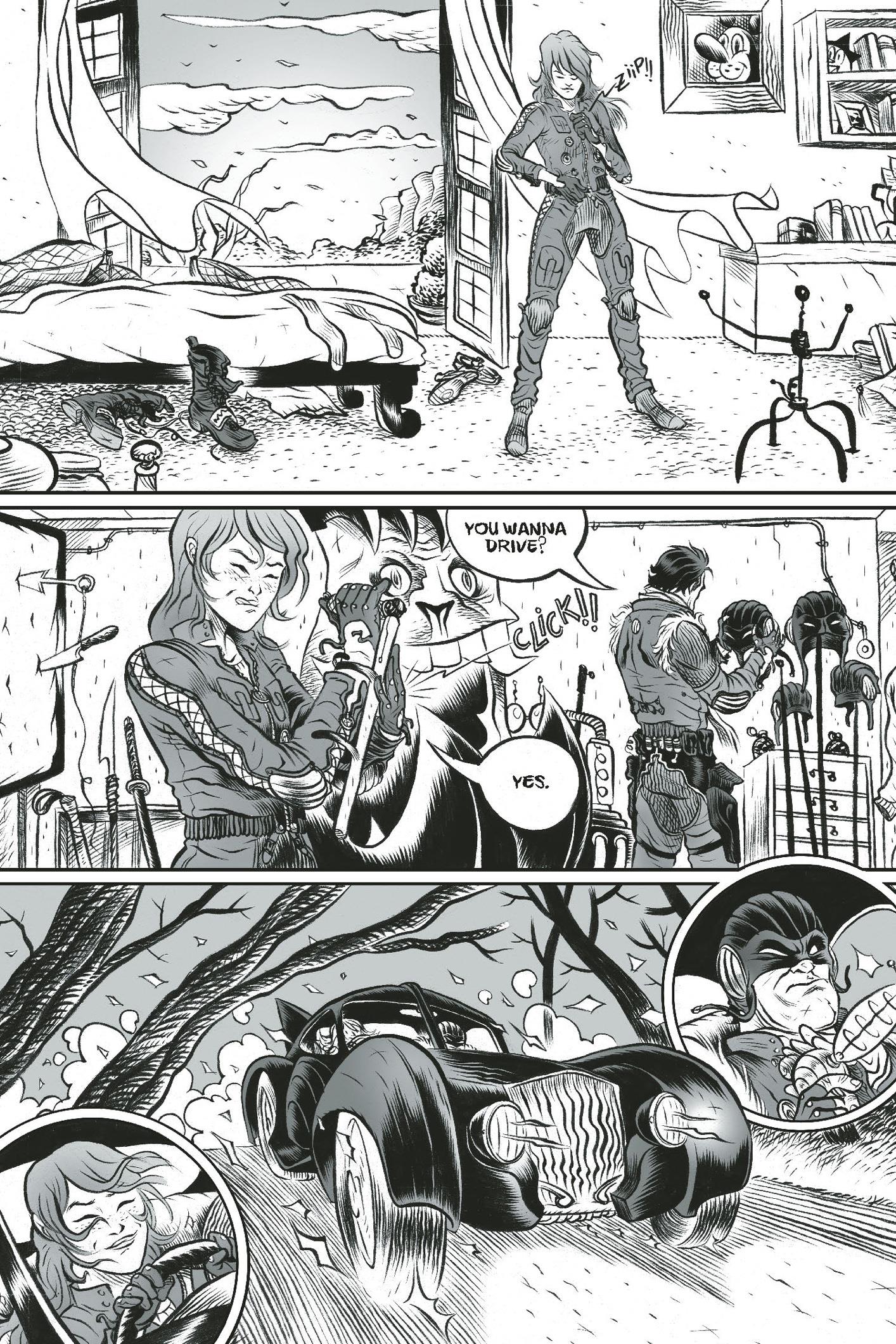 Aurora West and her father Haggard are crimefighters in Arcopolis, combing her high school studies with a life of thrills and adventure. She was first seen in Battling Boy, to which this is a prequel, but this can be read completely independently with no knowledge of that graphic novel.

Arcopolis is plagued by monsters who have become the criminal underworld. They’re working toward a purpose, but that’s never clarified, and doesn’t need to be for the adventure we have. Haggard’s an old fashioned pulp-style head buster for whom mollycoddling and mercy are anathema, and whose methods are to strike fear by manifesting as a force of nature.

This isn’t really about Haggard, though. It’s a coming of age story, as we see the young Aurora’s training and first missions accompanying her father, becoming the confident young woman seen in Battling Boy. There’s a cost to that proficiency, revealed as the story dips back rather than forward, to Aurora’s infancy when her parents explored ancient sites in Egypt. It provides a lesson for her present as she investigates a mysterious symbol she’s seen in several places and which has a connection with that infancy.

It’s obvious why Pope would choose Spanish artist David Rubín to illustrate the script he produced with J.T. Petty, as their art shares many similarities. Both have a very loose approach prioritising detail and movement, but in his expressions, despite a thinner line, there’s also a Charles Burns influence on Rubín. Some of the monsters are inherited, but those he designs are magnificent, squidgy beasts with fearsome teeth straight from childhood nightmares about what might be lurking under the bed.

Aurora is in the great tradition of confident and capable heroines of children’s adventure novels, patiently putting together the clues and more than resourceful when it comes to protecting lives, even in the fearsomely dangerous atmosphere of Arcopolis. She’s observant, and makes connections that even her experienced father misses. The only disappointment is to discover at the end that, like Battling Boy, this is but the first book. The story concludes in the ominously titled Fall of the House of West. 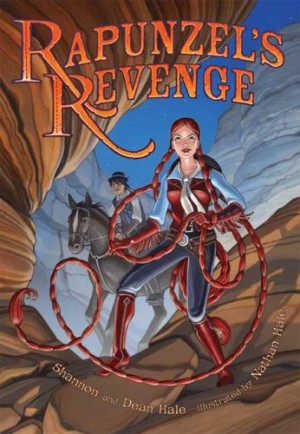 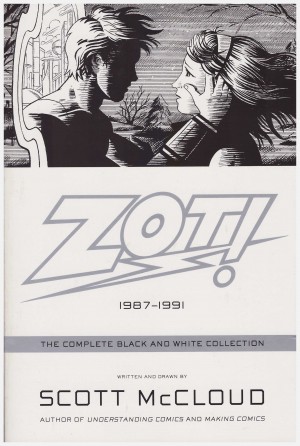